I really quite enjoyed a film called 12 Hour Shift which is a kind of dark comedy I guess about a drug addicted hospital nurse who is killing patients and stealing their organs to sell on the black market. It does get a bit too ridiculous by the end with just too much crazy and people dying left right and centre but the pace was good, the acting and so on. It's a lot of fun.

'Out of the shadows', doc about Penny Slinger, the British artist mentioned in the Austin Osman Spare thread.

Really good, highly recommend. You can rent on youtube for a few quid.

Didn't know she was with Peter Whitehead for a bit. The film she did with Jane Arden ('the other side of the underneath - anyone seen it?) sounds mental.

Some screengrabs below of some of the artworks included that caught my eye. 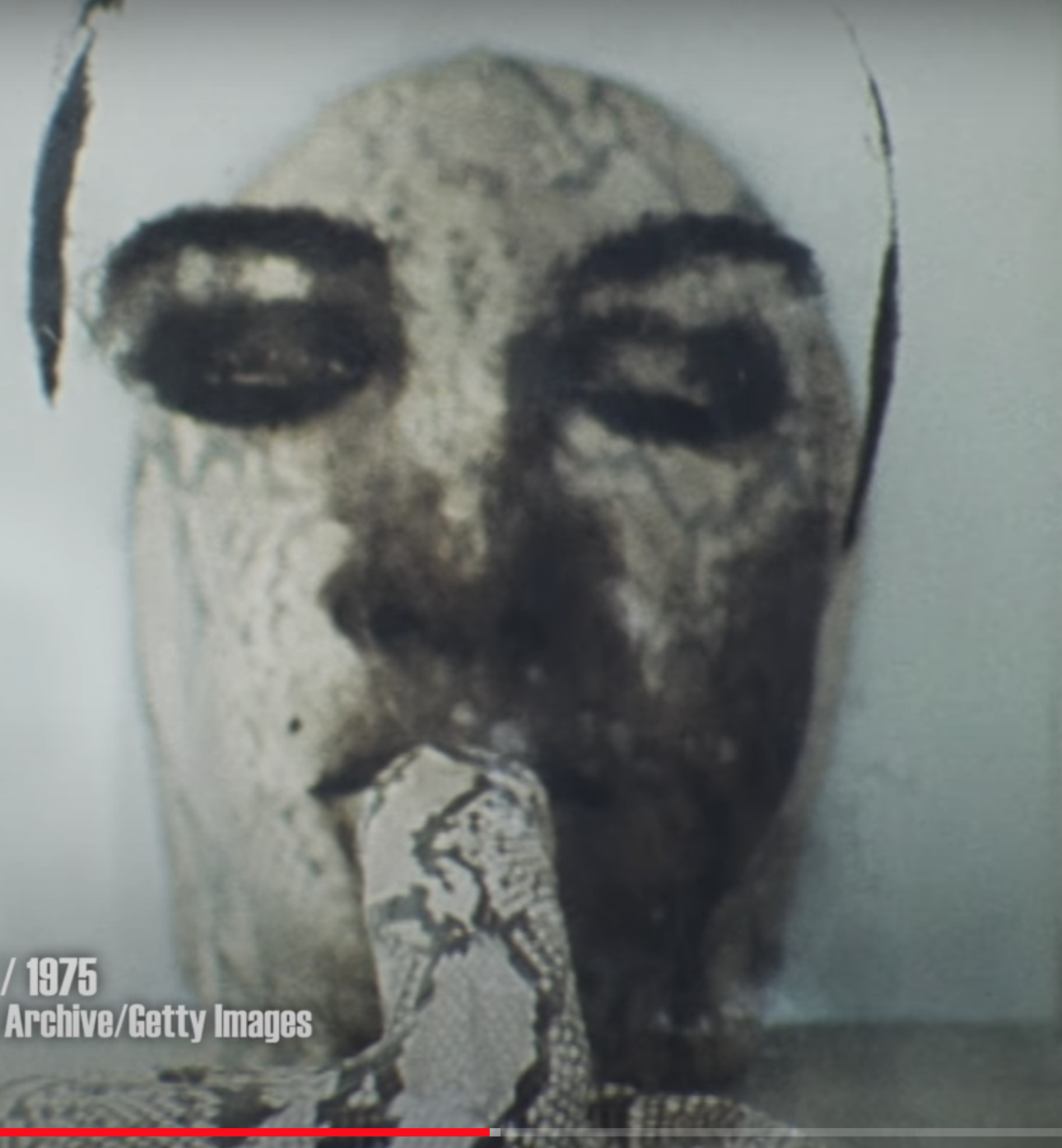 I think this is after the split with Peter Whitehead, or during it, i think he took it. In Iran. Really good composition. 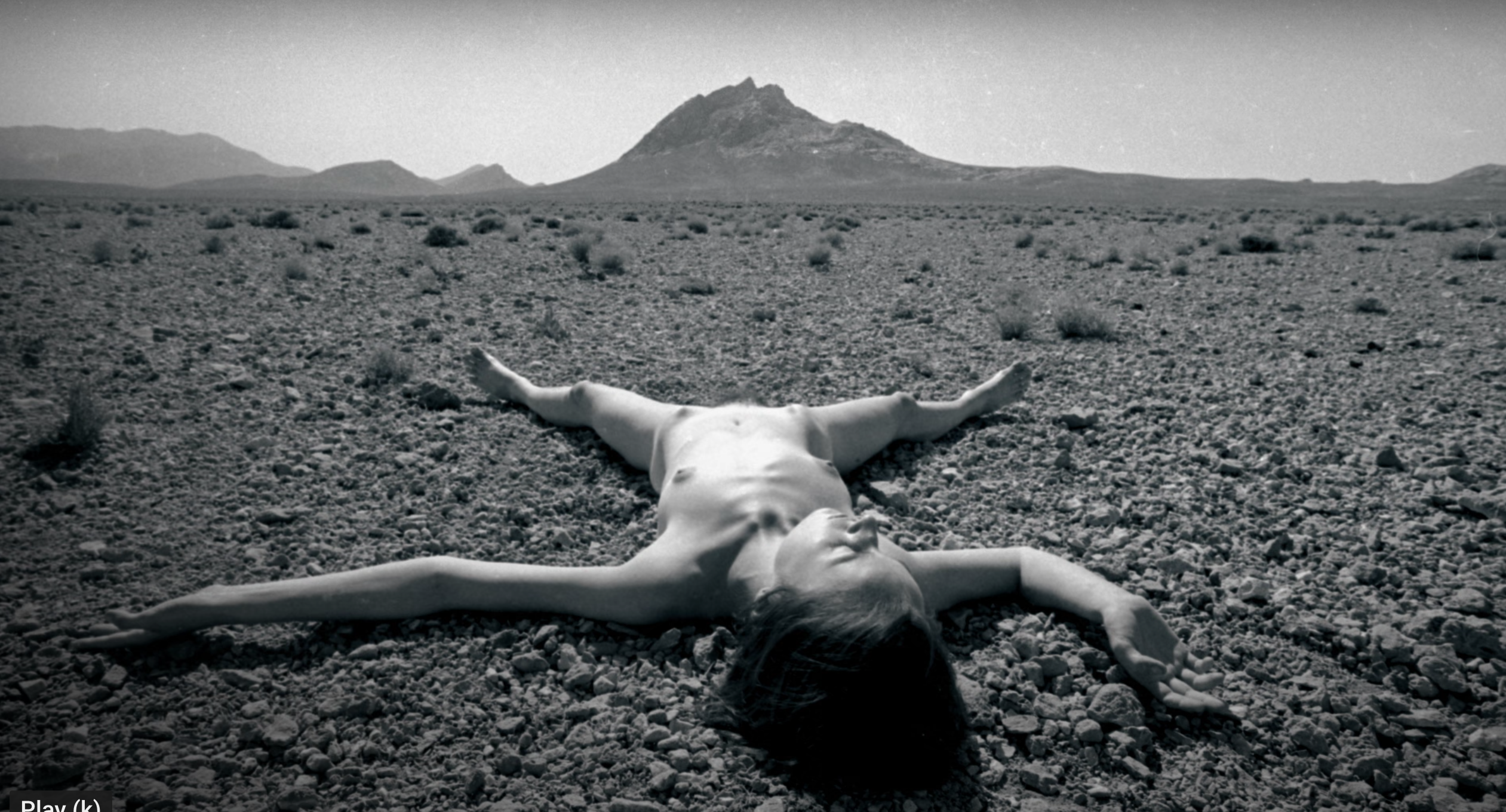 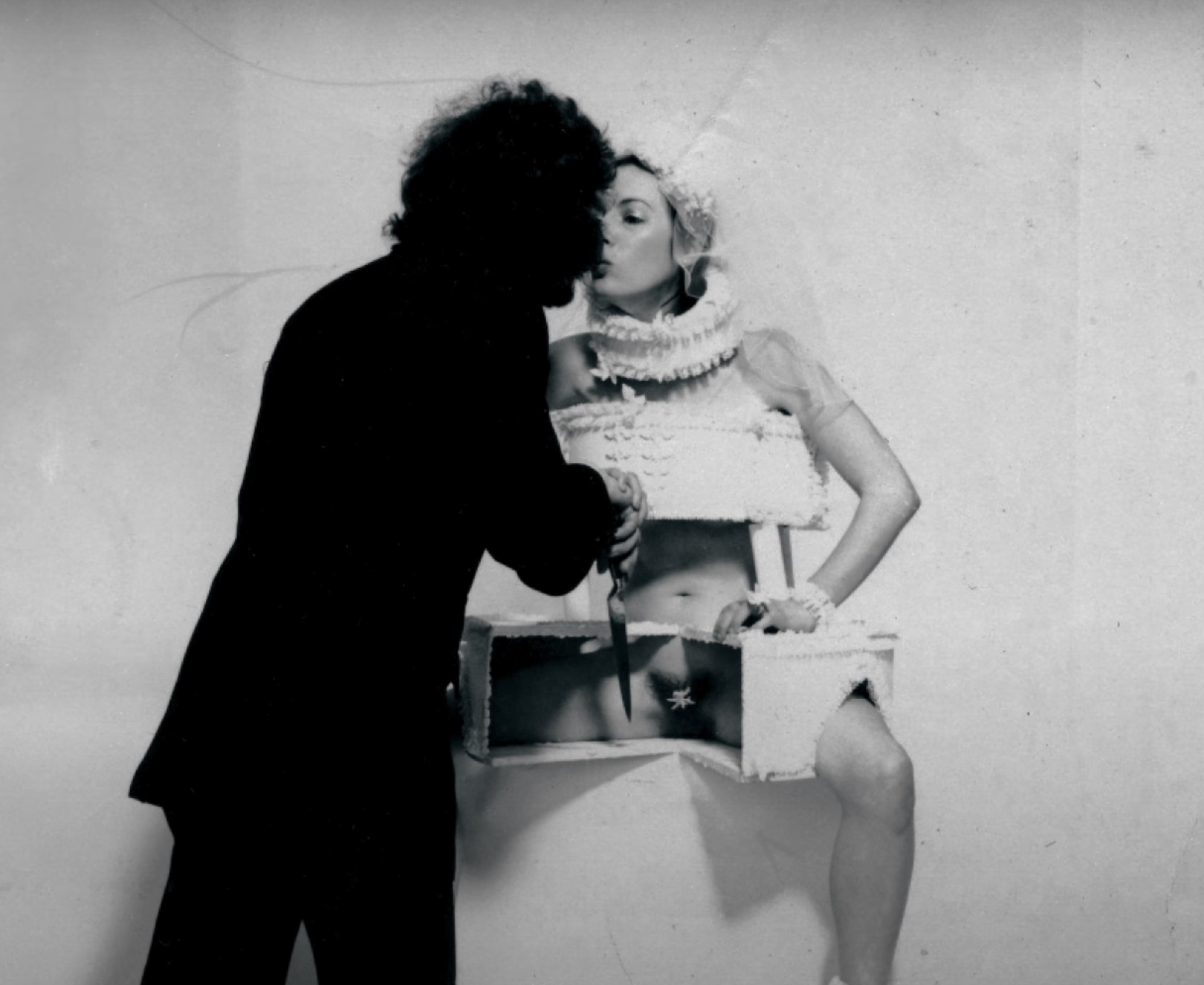 she did a load of photocopy pieces, i suppose pulled the paper out or moved along the plate as the light went past. 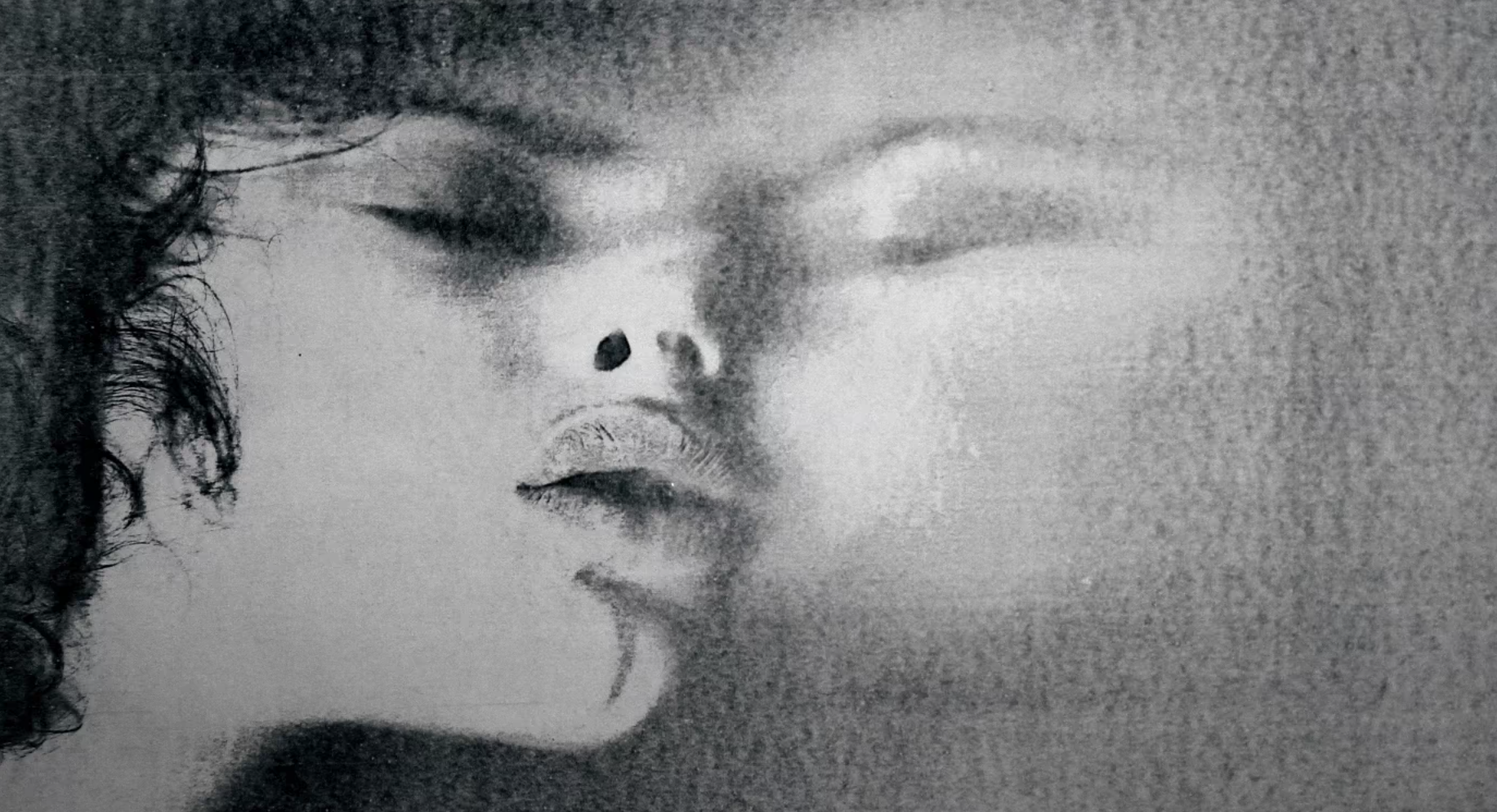 here one of the collagey ones that shes more famous for 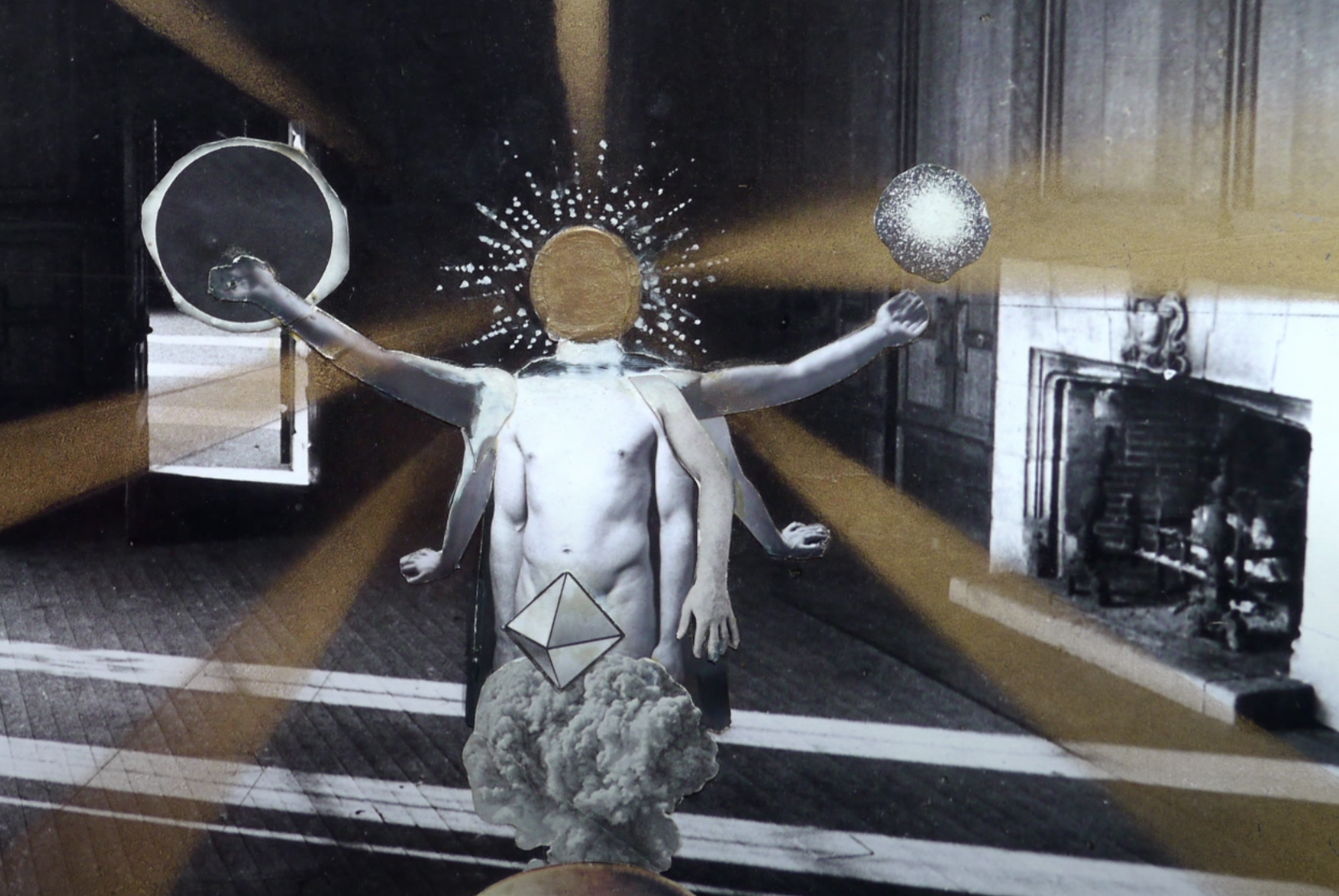 The last one is mesmeric.

Anyone know this guy Jim Cummings? I wasn't really aware of him but yesterday we watched a film called The Wolf of Snow Hollow... thought of you @catalog cos you were talking about Fargo in the tv and a lot of reviews compared this to an episode of Fargo but with werewolves (interesting that people now say "an episode of Fargo" rather than "that film Fargo" - although not having seen the tv show I can't say if that's because the tv one has superseded the film, or just that they are different enough to make a distinction and so people compared it to the show cos that's what it is more like).
Anyway yeah, the thing is, this guy Jim Cummings wrote the film and directed it and stars as a recovering alcoholic cop with serious anger management issues in some snow bound nowheresville in Utah - struggling with balancing the above problems with parenthood of a teenage girl and an ex-wife who hates him. And then women start being killed by a huge wolf-like creature every full moon. It's a fun film that is quite unusual in the way it is filmed - often events filmed out of order, or it will cut back and forth repeatedly between events clearly happening at different times, or sometimes scenes are filmed out of earshot so you have to sort of surmise what is happening (normally an argument to be fair) - which can make it confusing. Reminds a little of Twin Peaks too I guess with a bunch of small town cops completely out of their depth when confronted by the supernatural, with the result that they argue a lot. Slightly derivative I'd say, it would probably fit into this genre https://dissensus.com/index.php?threads/15618/ but we enjoyed it.


And we read that this same guy had done a previous film which seemed to have garnered a load of positive reviews and fans. It's called Thunder Road and it began life as a short of the same name, later re-worked into a feature length film (as with the Babadook and also Curfew/Before I Disappear). Again Cummings wrote, directed and starred, again he plays an angry, divorced cop struggling to deal with a bitch ex-wife and a young daughter.... but this film has a lot more to it really. It's far less of a comedy than the wolf one, and definitely less of a horror - although it's a lot more horrible. In fact I found some of it pretty hard to watch... the first scene (which I think made up the entirety of the short) is the main guy delivering the eulogy for his mother at her funeral, it's a mixture of pain and humour as he keeps crying, picking himself up, failing to dance to her favourite song (Thunder Road of course) and effectively having a total breakdown in front of the horrified/cruelly laughing congregation. And mostly it's downhill from there.


Owen Gleiberman of Variety wrote "This is one of the first dramas to dig deep into America's heartland crisis — the crush of the spirit that has emerged from a collapsing job market and drug addiction and the underlying loss of faith. In Thunder Road, Cummings creates an indelible character who is all tangled up in that disaster, but with a stubbornness that turns into something like valor, he wriggles free of it. He saves himself by becoming a human being. It's a relief to stop laughing at him, only to realize that you may want to cry for him."
Click to expand...

Dunno if I'd agree it's one of the first, but it did feel like a different approach to those before somehow... So yeah, a much deeper, more intense... basically, a better film than its follow up. But I much preferred The Wolf of Snow Hollow, philistine that I am.
C

i like that actor who looks to be the sheriff, it's the guy out of jackie brown right? robert forster? looks like he died last year

Yes, I think the wolf one was his last film, certainly it's dedicated to him.

The Death of Me - basically The Wicker Man but in Thailand... but a fairly decent stab at it I'd say. At one point there is even the exchange "How did he get off the island in The Wicker Man?" "He didn't, he got burned alive".

Actually, above I mentioned this Curfew/Before I Disappear - I should have given that more space. If you haven't seen Curfew I recommend it very strongly, probably you can find it on youtube or something, it's only half an hour long or whatever. The re-worked version Before I Disappear makes a decent fist of stretching a half-hour story out to ninety minutes I guess but I don't think it really packs the punch of the short.

Directed by Ken Russell. With Vanessa Redgrave, Oliver Reed, Dudley Sutton, Max Adrian. In 17th-century France, Father Urbain Grandier seeks to protect the city of Loudun from the corrupt establishment of Cardinal Richelieu. Hysteria occurs within the city when he is accused of witchcraft by a...

Went to ZDB which is a bit like ICA in London I guess, does cultural type events and (unlike the ICA) the occasional truly rocking party. Tonight they were doing a socially distanced showing of the first in a series of Ugandan films called Bad Black, which we'd bought tickets for cos it sounded promising. And it was, imagine if Ozu had directed the Bicycle Thieves.


Actually that's a cheap and unfair joke, it was really a good film. Made for two hundred dollars apparently, mad guerrilla ghetto film making with genuine humour and self awareness. Apparently they call this scene Wakaliwood but they can't all be this good I'm sure. Definitely plan to be there next Monday for part 2 in the series and a Zoom Q&A with the director.
Afterwards went to a "secret" illegal Chinese restaurant that everyone knows about that's in some couple's house which was also great and fitted the DIY theme of the evening.

Just watched Society. Completely repulsive and very on the nose, but enjoyed it. I'm surprised you don't hear more about it what with all the QAnon stuff around these days. 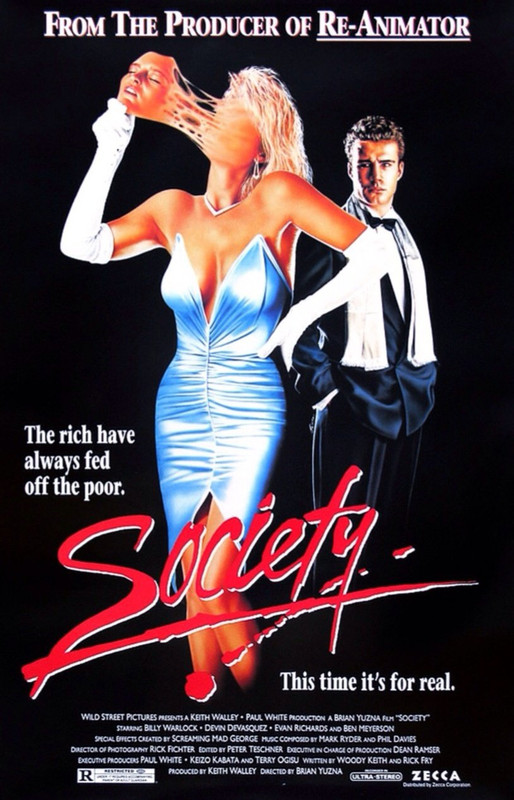 I really like that film, it's a perfect mix of humour, gross-out and social commentary.
Or maybe not social commentary, i mean, I took the whole "rich people are weird rubbery aliens" thing as a metaphor for class but probably on dissensus more might prefer to read it as a literal conspiracy theory.

The cigar-chomping judge is pure Savile.

Bacurau which is kinda like a Brazilian take on a modern slightly psychedelic western. Ultimately slightly anticlimactic (deliberately so I'd say) but you should still watch it.