no. no argument. i dont argue with people any more. its not worth it.

What prompted you to start watching a load of Fassbinder?

Their streaming service? I think WYH was on about that a while ago.

I didn't know they had a bunch of free stuff. It seems to be mostly stock footage and little snippets though, like the stuff you find in the BBC archive; slice of life things.

Do you guys have Kanopy? Another free service, in the US at least, that you can use if you have a university email or a public library account.

I was looking at one of their (BFI) box sets the other day. I wanted a copy of Sonatine and saw they'd done a Takeshi Kitano one with that and a couple of others. 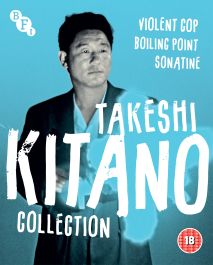 Clinamenic said:
Do you guys have Kanopy? Another free service, in the US at least, that you can use if you have a university email or a public library account.
Click to expand...

Never heard of it. There's another one in the US called Tubi that's apparently quite good, but I don't think we have that one either. It's free and paid for by ads, iirc.

there was one i used to have access too called Fred or soemthing. its not great quality cos its just whatever has been on TV. they give it to schools and universities but thats what i was watching all those stupid eighties films on

I do tend to think this is a great time for free, quality content, even without having to pirate anything.

it's a Masterpiece. Better than The Matrix in some ways.

Gregor XIII said:
Kalatozov's The Cranes are Flying was OK. Some good scenes, poor ending with boring tagged-on moral. Some of it might have inspired Tarkovsky's Ivan's Childhood, then again, they do kinda take place on the same front.
Click to expand...

blind shaft. chinese early 00s film about two con artists who hatch a scheme to get money out of mining site managers.
you could compare it to something like dirty rotten scoundrels (cant think of any other con men films from hollywood right now). except what they do is pretty fucked up and this looks like a grim socio realist film but actually isnt grim to watch even if the two characters are obv not great people. but even then, you dont totally hate them. and there is a very weird sort of skewedly humorous tone to it (or maybe its just me, as i found these two guys appetite for blowing their money on whores a bit amusing; also has a funny karaoke scene, made me think a bit of the jia zhangke pickpocket film), that never becomes blackly comic or whatever people tend to say about this kind of setup, theres just something a bit off about it all, which made me strangely glued to the screen to see where it goes. also has a brill performance by one of their victims who is this poor, naive, slightly dopey teenager.
was expecting something drab and a bit of a slog, but instead, it was incredibly tight, and shows you that not all socio realist films have to be drab and grey.

Rutger Hauer plays a nutty policeman tracking a serial killer in a flooded, cyberpunk London. It's basically a mish mash of a buddy cop thing with elements of Blade Runner, Terminator, Predator and Alien, but it's solid. The killer's some sort of demon or alien that looks a bit like a xenomorph, but leaves messages, carves occult symbols into people and eats their hearts. 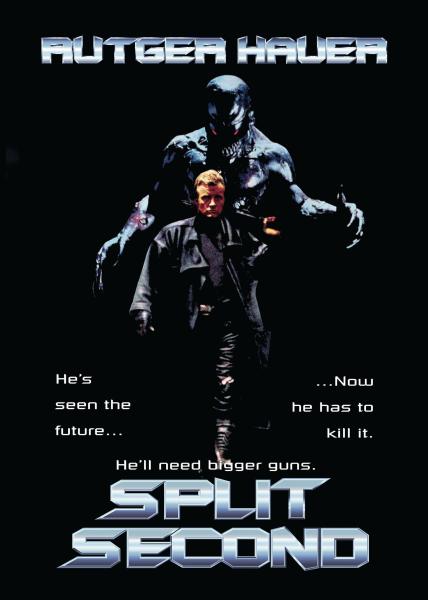 Saw Rome, Open City (1945) last night, loved it. Did anyone else have recurring visualizations they would never break under interrogation as a child while growing up? Must have been as a result of all the war stuff; now no such black and white

Clinamenic said:
Halfway through The Pervert's Guide to Cinema and I'm liking it so far.

Strange, now that I'm less under the influence of continental philosophy and psychoanalysis, much of Zizek's theory here seems unduly neurotic, albeit still insightful here and there. Forcing an oedipal paradigm onto the subject matter, etc.
Click to expand...