Carry on camping, I watched it last night at 1am. The best carry on imo, apart from carry on girls. But I prefer camping cos its got it all and is very tight. Also weird sync, the rave at the end is 8th July.
C

I just saw the film, and started watching the series, both of which I've enjoyed so far. I think its cool how Assayas has written himself and his previous film into the series.
R

soul, the pixar film.
the animation is fantastic (one sequence is a bit like the stairway scene from a matter of life and death).

maybe spoilers ahead -
some ppl seem to think it ended up being about the white female character, id disagree. her story ends up being a way for him to reflect on his life, and lets the film reflect on the ways this character relates to fey's character (i was surprised the main character gets to make a comment that the tina fey character 'sounds like an old white lady' in a cartoon - maybe i dont watch enough modern cartoons but i thought direct comments on race arent allowed).
at one point he even says that her new understanding is all cos she lived in his shoes (which you could see as a glib comment on white vicariousness or whatever). some ppl also disliked that the black character is dead for most of the film but i mean, that actually allows the film to cover some unexpected stuff. unusually for disney/pixar, its a film about finding out your big life dream (and all the usual 'pursue your dream at all costs and if you dont then you have failed' messaging from hollywood) might not be all you expected.
Last edited: Jul 21, 2022
R

i wouldnt unreservedly recommend it but nope was pretty good as a modern hollywood blockbuster. its crap on character (daniel kuluya is just monosyllabic for the whole thing more or less, just looks bored, apathetic, like hes meant to look cooly nonplussed, but a whole film of that without much charm is pretty dull), the concept has plenty of holes, and isnt actually all that well developed or presented - im not sure i was really particularly stimulated or excited by it (there is something about our obsession with documenting and filming even in the face of threat to life, but he doesnt really dig into the ideas around this or the emotions either). but its well directed - prob jordan peeles best directorial effort so far. now he just needs to find someone else to write for him, or with him. otherwise youre going to get more of these densely half baked, not esp original, genre workouts, that look good, have cool moments, but dont really add much to either sci fi or horror ultimately, though will prob be the kind of thing that becomes a future cult classic, just cos its well made. prob more fun to think about or debate after though.

Anyone here see Withnail and I? I just saw it yesterday, and it made me think of @woops and @luka , maybe if their shared life was co-directed by Terry Gilliam and John Waters (even though neither of these figures were associated with the film itself).

Only instead of street poets, they were actors. @woops is the Richard E Grant character, the titular Withnail.

@luka is the titular I.
V

Clinamenic said:
Only instead of street poets, they were actors. @woops is the Richard E Grant character, the titular Withnail.

Other way round, imo.

I tried to map the rest of the cast onto English Dissensians, but some were forced.

@catalog is the "purveyor of rare herbs" with a superhuman marijuana tolerance.

@Corpsey is the reclusive farmer

version said:
Other way round, imo.
Click to expand...

Could be yeah, Withnail is the more chaotic one after all
V

You could do Luka as 'Withnail' and Craner as 'I'.
V

Leo's the old man running the pub who winds himself with the cash register.

version said:
You could do Luka as 'Withnail' and Craner as 'I'.
Click to expand...

version said:
Leo's the old man running the pub who winds himself with the cash register.
Click to expand...

@WashYourHands is the poacher who procures a half-dead eel from his trousers and a pheasant from his coat sleeve.
V

Gus is the psycho copper. 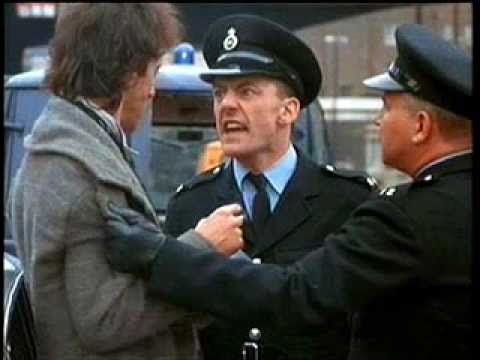 @sufi could be the tearoom proprietor who kicks out Withnail and I for being drunken and disorderly.

Clinamenic said:
I tried to map the rest of the cast onto English Dissensians, but some were forced.

@catalog is the "purveyor of rare herbs" with a superhuman marijuana tolerance.

@Corpsey is the reclusive farmer

That aspect of the film has aged very poorly.

version said:
That aspect of the film has aged very poorly.
Click to expand...