You meaning me here? Or just generally what one does?

Oops, I meant they. Not you

Because the earth feels flat and i cant see it curve. because i trust my senses first. because finding out what everyone else thinks is right is actually wrong is a massive thrill, and makes me feel a sense of wonder and specialness, makes me feel part of something bigger than myself (a big flat earth)

IdleRich said:
But I suppose I'm really focusing more on the ones like flat earth.... how do they succeed?
Click to expand...

If it is a meta thing as I'm guessing it is, then I could imagine that it becomes a game to them. Throwing out a medieval era conspiracy just for shits n giggles is kinda lulzy. The fact that it stuck is even better

I mean I do buy the complexity and overwhelming data and confusion argument as a rule... but how the fuck do you explain that loads of people now THINK THAT THE WORLD IS FUCKING FLAT?

pattycakes_ said:
The editors of the Playboy 'forum' letters pages during the mid-to-late Sixties were Robert Anton Wilson and Bob Shea. In many ways their jobs were not that different to most office jobs, except that the secretaries tended to be prettier and every week or so they'd be invited up to Hugh Hefner's mansion to “watch movies and stuff”.A lot of the readers' letters they received, though, were decidedly odd. In part this was because some of these were from the small, initial group of Discordians. The two Bobs found themselves in frequent letter communication with Kerry Thornley. They soon became committed Discordians themselves, with Wilson adopting the Discordian name Mordecai the Foul and Shea calling himself Josh the Dill. It was not long before the Playboy forum took on, under these two editors, a decidedly weird turn. Letters were printed that proclaimed deeply complicated and contradictory conspiracy theories, not because the writers believed what they were claiming, but because they wanted to mess with the heads of the people who read Playboy.
Click to expand...

People have been doing this shit forever

And with that taken into account, plus all the Russian stuff we saw via Adam Curtis, I'd wager there are dedicated boards for messing with our heads to keep us at a loss & away from the real stuff. I mean, maybe flat earth 2.0 was just some 4chan kids, or maybe it was the CIA, or the KGB. It doesn't even matter really. What it does is show you how fucking lost it's all become. 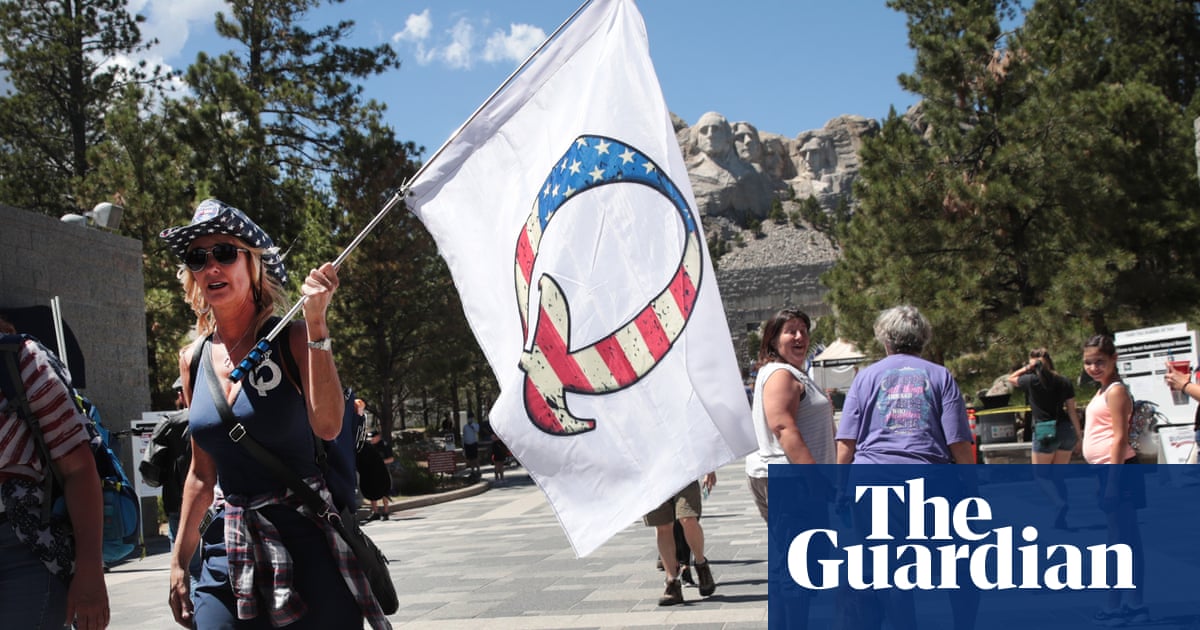 Facebook restricts more than 10,000 QAnon and US militia groups

IdleRich said:
I mean I do buy the complexity and overwhelming data and confusion argument as a rule... but how the fuck do you explain that loads of people now THINK THAT THE WORLD IS FUCKING FLAT?
Click to expand...

pattycakes_ said:
People have been doing this shit forever
Click to expand...

pattycakes_ said:
People have been doing this shit forever
Click to expand...

Sure I get that. And I get the complexity thing... but why do loads of people who can read suddenly turn flat-earth?

We're past being able to make sense of it, and trying to only sucks you into the vortex. It's already been explained on the last few pages anyway. But if you're expecting a satisfying 'aha,' it's just not going to happen. Topsy turvy.

IdleRich said:
Sure I get that. And I get the complexity thing... but why do loads of people who can read suddenly turn flat-earth?
Click to expand...

Yeah, that one is a real puzzler because unlike some conspiracy theories, which aren't intrinsically implausible, it's just so... well, intrinsically implausible. I mean you can literally see the curvature of the earth by taking a high-resolution photo of the horizon at sea on a clear day and then compressing the image: https://www.quora.com/At-what-altitude-do-you-see-the-curvature-of-the-Earth

My friend Abooda once stayed over in an Airb'n'b let and met the owner, who was an engineer, I mean an actual professional engineer, who presumably earned enough to own an apartment that was large enough and nice enough to let out part of it on Airb'n'b - anyway, they got chatting about this and that it turned out he was a Flat Earther.

It's tempting to write off the people who believe this stuff as losers and nutjobs who live in their mothers' basements and obviously couldn't hold down a job, but that's often not the case. In fact, in the USA at least, the likelihood that someone is an anti-vaxxer correlates positively, not negatively, with education level and socio-economic class. (Meaning that the typical anti-vaxxer is disproportionately likely to be white, which is odd when you consider that if any group of people in the USA has a good reason to be suspicious of the medical establishment, it's black people.)

It does, at least superficially, but Adam Curtis is also at least semi-cancelled because he's apparently mates with Frank Furedi and Claire Fox and all those weird and highly unpleasant ex-communist right-wing dickbags.

Doesn't matter. The work is good. And yeah it's superficial, but it's pretty easy to do your own homework with the material he provides if you want to go deeper.

Btw, have you lot read the arguments for flat earth? Some interesting stuff there. Enough WTFs to make you see how even an engineer could believe.

Flat Earth ‘Theory’ - Why Do Some People Think the Earth Is Flat? | Live Science

Members of the Flat Earth Society claim to believe the Earth is flat, and, it seems, they're serious.
www.livescience.com

pattycakes_ said:
Btw, have you lot read the arguments for flat earth? Some interesting stuff there. Enough WTFs to make you see how even an engineer could believe.
Click to expand...

The best ones are the videos that involve someone pouring water on a basketball or something, to show that it all runs off instead of adhering to it, and then looking smugly at the camera, as if to say "Checkmate, globetards!"

IdleRich said:
"Why are conspiracy theories so prevalent now?"
Click to expand...

yeah i thought the first post on the thread was quite good, but most of the thread is not really responding as much as citing the latest conspiracy theories and having fun debunking them and saying why anyone who believes them is gullible.
and then we always get to the point of "but where do these theories come from?", and it turns out that the theories themselves are made up by shadowy forces, (adam curtis voice)

shiels said:
burden of proof is on you and your pyramid avi 'idle rich'
Click to expand...