Staff member
In a more general sense there is a specific health and vitality revelation, a revelation of what the body wants, which can harden into a very dogmatic and even intolerant rigid world view

Staff member
Health wellness as the right path and anyway staying from it as a pervert and a degenerate. @constant escape this is what I was getting at the other day btw.

The difficulty is that, the revelation is real and staying between those tramlines grants real rewards and becomes self reinforcing better skin more confidence shiny eyes

luka said:
today the ’Ndrangheta is by far the most powerful criminal group in Italy and one of the richest in the world. A study by the Demoskopita Research Institute in 2013 estimated that it was more financially powerful than Deutsche Bank and McDonald’s combined, with an annual turnover of €53bn (£44bn).
Click to expand...

craner said:
Calabrians have eclipsed the Sicilians and Neopolitans at last.
Click to expand...

Maybe not for long. 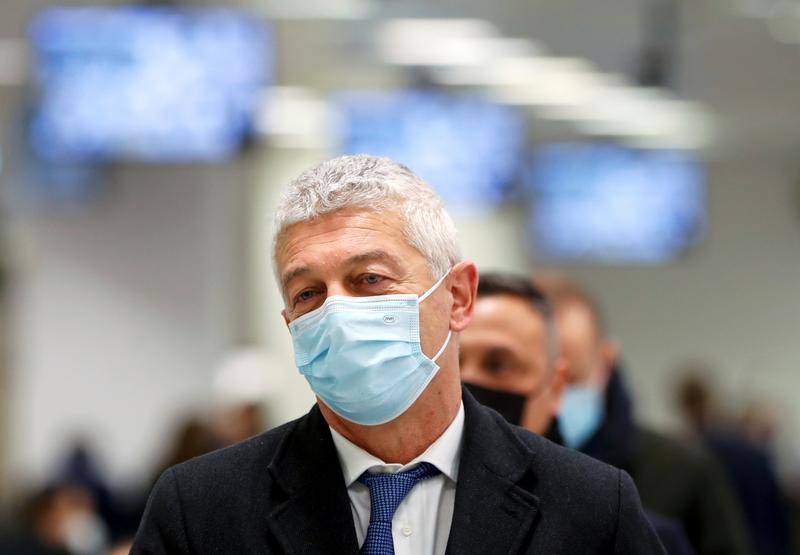 One of Italy's largest-ever mafia trials kicked off on Wednesday, with more than 320 suspected mobsters and their associates facing an array of charges, including extortion, drug trafficking and theft.

Staff member
That's why it came up in conversation today

Staff member
You quoted the conversation

Oh. I didn't see anything about the case.

Staff member
That was implicit. The quote was from an article about the case,

How's anyone supposed to know that? You just pasted something about how much money they make.

luka said:
You think you're the only one that has access to news websites
Click to expand...

Staff member
Raymond Sackler KBE (February 16, 1920 – July 17, 2017)[2] was an American physician and businessman. Raymond Sackler founded Purdue Pharma together with his brothers Arthur M. Sackler and Mortimer Sackler. Purdue Pharma is the developer of OxyContin, the drug at the center of the opioid epidemic in the United States.

Staff member
Great example of the overnight turn to Nazism. Still don't understand what it's all about really

From 2002 to 2012, the main focus of Red Ice's content was conspiracy theories such as aliens, 9/11, the Illuminati, and Freemasonry. In 2012, the outlet shifted to concentrate on ideas of race, and especially to the idea of the white genocide conspiracy theory in response to what the couple perceived as "anti-white sentiment" coinciding with the Black Lives Matter movement.[

Staff member
@Matthew why are you laughing! It's a serious question!

luka said:
Health wellness as the right path and anyway staying from it as a pervert and a degenerate. @constant escape this is what I was getting at the other day btw.

The difficulty is that, the revelation is real and staying between those tramlines grants real rewards and becomes self reinforcing better skin more confidence shiny eyes
Click to expand...

it seems like as far as "the state" is concerned there is a sweet spot of wellness - whereby the individual doesn't clog up the smooth workings of capitalism. and the fact is that most people (massive generalisation) don't quite fulfill that criteria... so, frustratingly, that's like a very off-putting de facto ceiling.

so on the one hand there's that dilemma - do i not do something because i am told/expected/propagandised to do it? the mature thing is to be able to do something for one's good in spite of being instructed to do it - and that can grate.

HOWEVER - once one starts to really get granular and interested in what wellness means on a more profound level it is intrinsically against the existing order. clean air/organic food/eating less or no meat and from a psychological health point-of-view not exploiting other people etc (the whole pathogenic sin argument)

what i don't accept is audre lorde's "self-care" idea whereby wellness is political act to preserve an individual who believes themselves to be under attack by the state. presupposes that the system actively wants to crush some people - and i've never been a fan of conspiracy theories.

luka said:
@Matthew why are you laughing! It's a serious question!
Click to expand...

was just writing a considered response