I do lead a very nonchalant existence, true: I've basically optimised for nonchalance

Mr. Tea said:
Well, to some of them, apparently.

I think in those circles, "kek" was already in use to mean "hah", which comes from Korean online gamers typing "kekekeke" as their equivalent of "hahahaha." This was when Pepe, the lugubrious cartoon frog, had already become a mascot of sorts. Then someone noticed that there was a frog god called Kek in the ancient Egyptian religion, and they all went nuts over it.

And Aristophanes, of course:

This is the point of the first choral interlude (parodos), sung by the eponymous chorus of frogs (the only scene in which frogs feature in the play). Their croaking refrain – Brekekekèx-koàx-koáx (Greek: Βρεκεκεκὲξ κοὰξ κοάξ) – greatly annoys Dionysus, who engages in a mocking debate (agon) with the frogs.

If your ideological underpinnings run only as deep as the last copy of The Guardian you read, all this will seem absurd, but it's actually an important countervailing force in society and you'd do well to respect it.

148 I.Q. Magical Thinker said:
If your ideological underpinnings run only as deep as the last copy of The Guardian you read, all this will seem absurd, but it's actually an important countervailing force in society and you'd do well to respect it.
Click to expand...

Or, late one night, you'll hear a chorus of sinister crowning outside your front door, and by then it'll be TOO LATE!
L 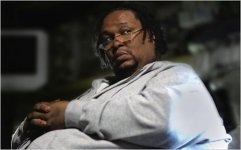 But now comes a brave new generation of whistleblowers who either do not understand or do not care that their calls to “keep people safe” are playing squarely into the hands of despots, censors, and corrupt politicians — those who want to break the Internet into parochial “splinternets” that foist local mores onto a global audience.
Click to expand...

The premise that early cultures were just too primitive to have navigated the seas seems pretty naive to me.

Especially if your factor in any sunken island continent(s) like Atlantis between Europe and America.
Surely the rising and sinking of huge land masses could affect maritime travel, perhaps for centuries. I came across a few references to a “muddy Atlantic” that prohibited boat travel until the 1400’s.
Click to expand...

just a random blog passage but i love the imagery--a lost continent sinking into the sea causing several centuries of muddy water.

reminds me of how when asked about his favorite one piece panels, eiichiro oda mentioned a throwaway panel where one of the characters complains about the surfaces in sabaody archipelago being sticky. it's one thing to imagine something fantastical, but the magic is heightened by coming up with all these tactile details you wouldn't think of, like that in a city built on an island of floating trees, sap would be everywhere.

Andrei, I told you No!

To be fair they did cut the end off the tweet, maybe he managed to turn it around with the remaining three words.

Another person living in a sort of parallel Britain where squads of vaccine enforcers are going door-to-door, bursting into people's houses, holding them down and literally forcing needles into them.
L