Climate change and environmental collapse-ultimate challenge to the capitalist "real"?

Sapir-Whorf language hypothesis? How does this refute it exactly Jenks... (vague stirrings of something I learnt at university... hmm...) would be interested to know...

From the Discovery Ch. cable TV program on global warming with Tom Brokaw the other night ...

* There may be little or no arctic polar ice in summer by 2060 ...
Greenland's ice sheet is melting as well

* Scenarios included parts of many major cities underwater ;
From NYC down the East Coast , flooded into Central London

Flash on the NYC underwater scenes towards end of Spielberg's "AI" !
T

Just been watching repeat of Bruce Parry's programme on the BBC, Tribe (dunno what you all think of his attitude towards and relations with the various tribes - would be interested to hear) and I was struck by the differences between them

The Nyangatom, one of several tribes in the Omo valley of Ethiopia struggling in very harsh conditions, surrounded on all sides by enemy tribes and in continuous low level conflict and the Babongo in the Gabon, who are hunter gatherers who only need to work 3-4 hours a day* to provide for their needs, and spend much of their time in leisure (they're also the founders of the Bwiti religion and its use of iboga as scarement which is fascinating but for another thread).

The environment seems to be the strongest determining factor.

*I guess this programme must be what gek-opel was referring to.
G

Yes, but as discussed above this is heavily dependant upon the super-abundance of their environment. In our temperate climate we would be faced with far more meagre pickings...
P

While mentioning 'abundance' ,
can we say we as a race do have all we need around us / in us
to survive climate change , societal collapse ?

Is there enough 'will' to tip things to a point where hundreds , thousands, millions of people are not only convinced but actively working to get our Gov's and 'crat's doing what WE want - until they do so ?
( Gov's should be afraid of the people, not people afraid of Gov's)

Anyone picked up on the biofuels ruse yet? Apparently being pushed heavily by everyone from US farmers to BP and the GM food industry... (there's a smug advert from the energy industry relating to this on UK TV right now actually) basically using biomass to create fuel, however apparently there is simply no energy benefit in using them- as fossil fuels are necessary for almost every stage of the industrial farming and refinement processes they actually take 30%more energy to produce than the finished fuel produces....
D

Ha...! Didn't know that Gek... but figured if it was a viable alternative we'd be seeing more of it already.

gek-opel said:
Anyone picked up on the biofuels ruse yet? . . . however apparently there is simply no energy benefit in using them- as fossil fuels are necessary for almost every stage of the industrial farming and refinement processes they actually take 30%more energy to produce than the finished fuel produces....
Click to expand...

This is incorrect. Your objection was true maybe 5-6 years ago, but not today. Fossil fuels are no longer necessary for the refinement processes of biofuels, since renewable energy will work just fine: the refinement of ethanol, for example, requires only heat, and there is no reason why that heat could not be produced by electricity, steam, solar energy, or similar means.

Regarding ethanol, it should be kept in mind that this fuel is only 10% corn-based, while 90% is still gasoline. So, ethanol extends the possibilities of gasoline consumption by 1/10, but in no way supplants it. The fuel known as E85 pushes that percentage to 15% biofuel, 85% gasoline, but special engines must be manufactured in order to use E85, unlike ethanol, which can be used in virtually all standards engines today. In other words, the usefulness of ethanol, with its 10% extension of fuel consumption, is a temporary boon from one perspective, but hardly an answer in the end.

There is more to say about ethanol, however: It is tricky for the US farmer.

On the one hand, the popularity of ethanol, a corn-based fuel, brings a higher price for corn, which is great for corn producers. On the other hand, corn is a basic feed staple for livestock, including cattle and hogs, so the higher the price for corn the more that livestock producers must pay in order to feed their animals. And since most farmers in the US raise both corn *and* livestock, the popularity of ethanol could drive up the price of corn and threaten the ability to raise livestock, which would be disastrous for farmers and bad for the price of food as well! Very, very few people outside of the midwest agriculture community are aware of these dangers, though there is increasing evidence that an over-exuberance for ethanol may be mimicking the mid-90s fad for internet stocks.

So are biofuels a 'ruse' to be cynically dismissed out of hand? No. They are indeed advantageous now and the environment would benefit if we were to begin using them sooner rather than later (Brazil has done much with fuels produced from sugar cane).

But at the same time, biofuels by themselves provide no magic answers to the current energy crisis either (in this I agree with gek's point). Which is why informed opinions are more helpful than summary dismissals!
D

I didn't keep the figures or the results of my calculations but I took the number of vehicles in Brazil and the area they use for ethanol production and then plugged in the American vehicle fleet and found that we would have to use something like 1/2 or 3/4 of the land under cultivation right now to fuel all our vehicles. Since US is one of the biggest food exporters in the world I don't know how we would eat if this came to pass (or course it won't).

Of course this was if we used nothing but ethanol, if we assume corn is converted to ethanol with the same efficiency (probably not a bad assumption) as ethanol and that the yields per acre are comparable (probably not a good assumption). Also, in Brazil they probably get two crops a year which is not true for corn in the US AFAIK.
G

The economics of it don't add up in a world of ever-expanding populations with billions of hungry mouths to placate... I believe China have concluded that the pressure on land available for food production would be too much and haven't really invested in this technology. The Americans love it cos its (a) advantageous to not be in thrall to the middle east and (b) its another subsidy to the mid west farmers...

Be pretty cool if he actually did.

If it means just one person is unable to travel to the jabbatoir, it's worth it.

"Jabbatoir" is a good pun, I'll give you that. 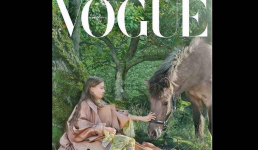