the undisputed truth said:
i'd hit it...

...but is it wrong to imagine bonking a gelfling ???
Click to expand...

linebaugh said:
tbf the author of this seems special too

Oh please, by Vimothy's own belief system, I am *vastly* more intelligent than he is, by virtue of:

A) My IQ (190 Sanford-Binet, which I feel safe assuming is higher than his, because it's in the top .001 percentile)

C) My ability to make far more money than Vimothy does, i.e., my "market value"
Click to expand...

This is still probably the funniest/cringiest post I've encountered on this board... At least top .001 percentile of cringe—Female Excellence.
C

linebaugh said:
tbf the author of this seems special too

Oh please, by Vimothy's own belief system, I am *vastly* more intelligent than he is, by virtue of:

A) My IQ (190 Sanford-Binet, which I feel safe assuming is higher than his, because it's in the top .001 percentile)

C) My ability to make far more money than Vimothy does, i.e., my "market value"
Click to expand...

its my new favorite comment here, dethroning zhaos about the 'slut'

He removed me from his blogroll back in the day (last year).

This is a great exchange too:

tate said:
Carl Impostume: "2) I’ve never heard Joanna Newsom but think I can assert without fear of contradiction from even the most staunchly loyal of her advocates that she has a profoundly irritating face. A degree of punchable winsomeness and self-satisfied artsy-slapability not seen since Bjork pig-tailed and boss-eyed her way into the public mind. Do these two share a missing chromosome? I suspect that if I actually read the interview then I’ll later have to kill her. This is why I should not buy The Wire."

In my world of colleagues, friends, and family, we have words for people who express such sentiments as those cited by Impostume, words which include: thug, sexist, coward, and intellectual fraud. I think that insecure male, vile, and loser might also apply.

Though I have already made myself clear, I will again say that in my opinion, the utterly subjective procedure of deciding upon someone's "smugness," "self-satisfied artsy-slapability," "missing chromosomes," and the like, on the basis of magazine photographs -- and then to base an expression of physical violence against a fellow human being for said imaginary traits -- belongs to a person who could only be described as an intellectual zero.
Click to expand...

nomadologist said:
i don't think she's literally ugly, but that daft look on her face makes me want to slap her. she makes the face like swears is saying, the "i'm a deep coffee-shop pseudo-intellectual who reads poetry and doesn't get it but really likes to be seen with a book in the right place. i am also very twee and do things very cutesy-like and my parents are baby boomers and i have a trustfund that funds my ultra-'bohemian' lifstyle."
Click to expand...

doubly funny its directed at vimothy, who seems like he wants to maintain a serious profile here but cant escape the badgering.

I wonder what Nomad's up to these days, besides breaking Stanford-Binet world records

Newsom was an interesting choice for the voice of Pynchon in Inherent Vice.

An interesting relative of hers,

For most of 1969 and 1970, Newsom traveled across Europe alongside former SS Gestapo member Otto von Bolschwing who had been brought to the US by the CIA under Operation Paperclip and appointed TCI's president by Getty due to his former Nazi intelligence connections and their value in obtaining defense technology contracts. It was during this time that von Bolschwing introduced Newsom to the business of importing and selling wine from Argentina - a business venture that would later be emulated by Newsom's son, Gavin.
Click to expand... 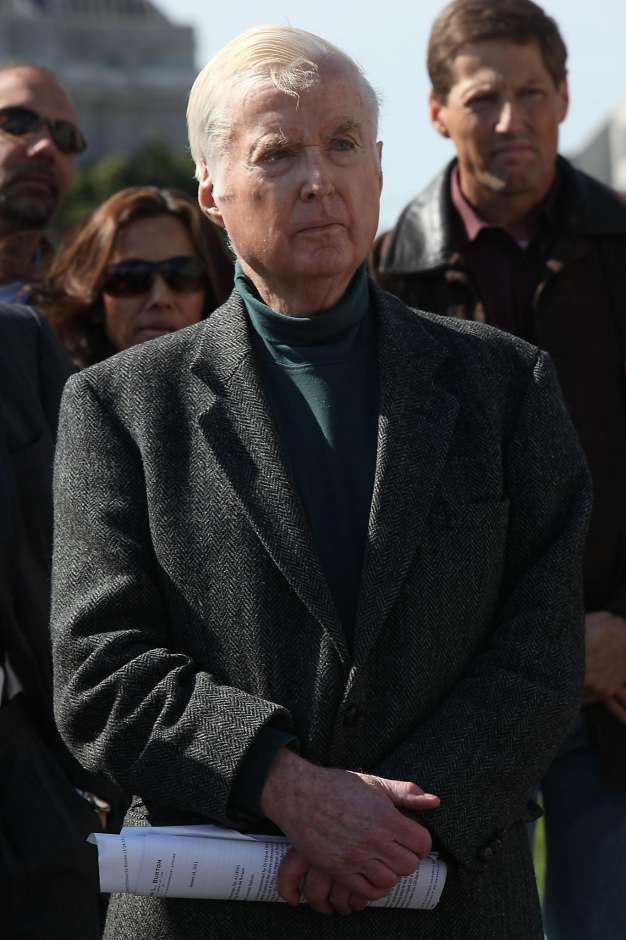 version said:
Newsom was an interesting choice for the voice of Pynchon in Inherent Vice.
Click to expand...

I thought it was a really beautiful choice.

He also did a music video for her, walking around the Village.


Believe he did some music vids for Fiona Apple and other artsy singer-songwriter types in the early oughts, so there's precedent.
Last edited: Oct 5, 2021

version said:
An interesting relative of hers,

It's like a Pynchon novel in its own right.

Newsom was a keen environmentalist and served on the boards of both the Sierra Club Foundation and the Environmental Defense Fund.[6] He helped to found the Mountain Lion Preservation Foundation and was also a member of Earth Justice.[7] He was also an advocate for otters and had one as a pet.[8] During his judicial career he had had to curb his advocacy for environmental protection to maintain his professional neutrality.[6] Newsom was also a keen walker and would take Gavin backpacking along the rivers of California.[6] He had a large collection of books and would often read while in the bathtub.[7]
Click to expand...

Gavin Christopher Newsom was born in San Francisco, to Tessa Thomas (née Menzies) and William Alfred Newsom III, a state appeals court judge and attorney for Getty Oil. He is a fourth-generation San Franciscan. One of Newsom's maternal great-grandfathers, Scotsman Thomas Addis, was a pioneer scientist in the field of nephrology and a professor of medicine at Stanford University. Newsom is the second cousin, twice removed, of musician Joanna Newsom.[9]
Click to expand...

Can you imagine how fun it'd be to write the Newsom family novel, Pynchon-style?

have you read any pynchon suspended?

The cause is Ozymandian
The map of Sapokanikan
Is sanded and bevelled
The land lone and levelled
By some unrecorded and powerful hand
Which plays along the monument
And drums upon a plastic bag
The brave-men-and-women-so-dear-to-God-
And-famous-to-all-of-the-ages rag
Sang: Do you love me?
Will you remember?
The snow falls above me
The renderer renders:
The event is in the hand of God
Beneath a patch of grass, her
Bones the old Dutch master hid
While elsewhere Tobias
And the angel disguise
What the scholars surmise was a mother and kid
Interred with other daughters
In dirt in other potters' fields
Above them, parades
Mark the passing of days
Through parks where pale colonnades arch in marble and steel
Where all of the twenty-thousand attending your footfall
And the causes they died for are lost in the idling bird calls
And the records they left are cryptic at best
Lost in obsolescence
The text will not yield, nor x-ray reveal
With any fluorescence
Where the hand of the master begins and ends
I fell, I tried to do well but I won't be
Will you tell the one that I love to remember and hold me
I call and call for the doctor
But the snow swallows me whole with ol' Florry Walker
And the event lives only in print
He said:
"It's alright"
And "It's all over now"
And boarded the plane
His belt unfastened
The boy was known to show unusual daring
And, called a "boy"
This alderman, confounding Tammany Hall
In whose employ King Tamanend himself preceeded John's fall
So we all raise a standard
To which the wise and honest soul may repair
To which a hunter
A hundred years from now, may look and despair
And see with wonder
The tributes we have left to rust in the parks
Swearing that our hair stood on end
To see John Purroy Mitchel depart
For the Western front where our work might count
O mercy! O God!
Go out, await the hunter to decipher the stone
And what lies under the city is gone
Look and despair
Look and despair

linebaugh said:
have you read any pynchon suspended?
Click to expand...

Yup, the lightweight ones—Lot 49 + IV. Vineland's been waiting for me a while. Made a couple attempts on GR but the truth is I just don't have the time in my life right now. I wish I did. I fantasize all the time about taking 2-3 big works like GR to Turkey and just living on an island there all summer, doing nothing but reading them. It would be a good life.

But seriously tell me that the Sapokanikan lyrics aren't amazing. A manifesto on the layers of time, the way history stacks in the same spot, writes over itself. References to hidden paintings-under-paintings revealed by x-rays, to Indian bones under Manhattan, to land buried in dirt and snow.

suspended said:
Imagine thinking men are this shallow. That me and HMTGov have spent hundreds of hours of our lives listening to this woman sing because every once and a while, we catch a glimpse of her profile and are entranced.
Click to expand...

For me, it's her legs and her kindness to animals