not fruity English yogurt, that's vile. proper greek/turkish yogurt and it will prime you an assassin.

eaten eighths/4g’s of different hashish before it all went to shit, mostly with doogh, the taste belies the walloping 3 day temporary psychosis

10g’s you probably could go the full old man of the mountain, plot a revolution, build an assassination network in idea place and supplant to real life

if you use anything to shield yourself off from your demons and meditating on the divine, it guarantees accelerating inevitable mental and physical health compromises
T

indeed. the dope smoking dads in this thread succumb far too comfortably to bourgeois indolence. The revolutionary party will not build itself after all!

WashYourHands said:
10g’s you probably could go the full old man of the mountain, plot a revolution, build an assassination network in idea place and supplant to real life
Click to expand...

Hey chef, I’m getting into this side of cannabis, and this recipe looks yummy. Going to try it soon. Thanks.
T

ethanjones said:
Hey chef, I’m getting into this side of cannabis, and this recipe looks yummy. Going to try it soon. Thanks.
Click to expand... 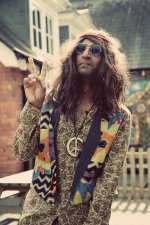 Look I'm not against the aims of hippies necessarily. I'm against their methods. Instead of psychedelia the method to enlightenment must be (psycho)delia.
T

have to admit it's still a little jarring to see how things have changed here.

On a recent morning in Washington Square Park, vendors in the indie weed trade were busy opening shop. They set up card tables to display their offerings, which included pre-rolled joints and candy-colored edibles, and unfolded camp chairs and rainbow beach umbrellas in preparation for the long day ahead. Some mumbled, “Pre-rolls, pre-rolls,” to parkgoers who paused nearby, while others sat back and let their wares speak for themselves.
Click to expand...

His presence is part of a dramatic shift in the area’s pot trade. The park has long been host to a robust marijuana business, but the past year has seen a growing number of proprietors present their products like vendors at a street bazaar. Some days, more than a dozen offer everything from buds to blunts to brownies right out in the open, forming an outer ring around the park’s famous fountain.
Click to expand... 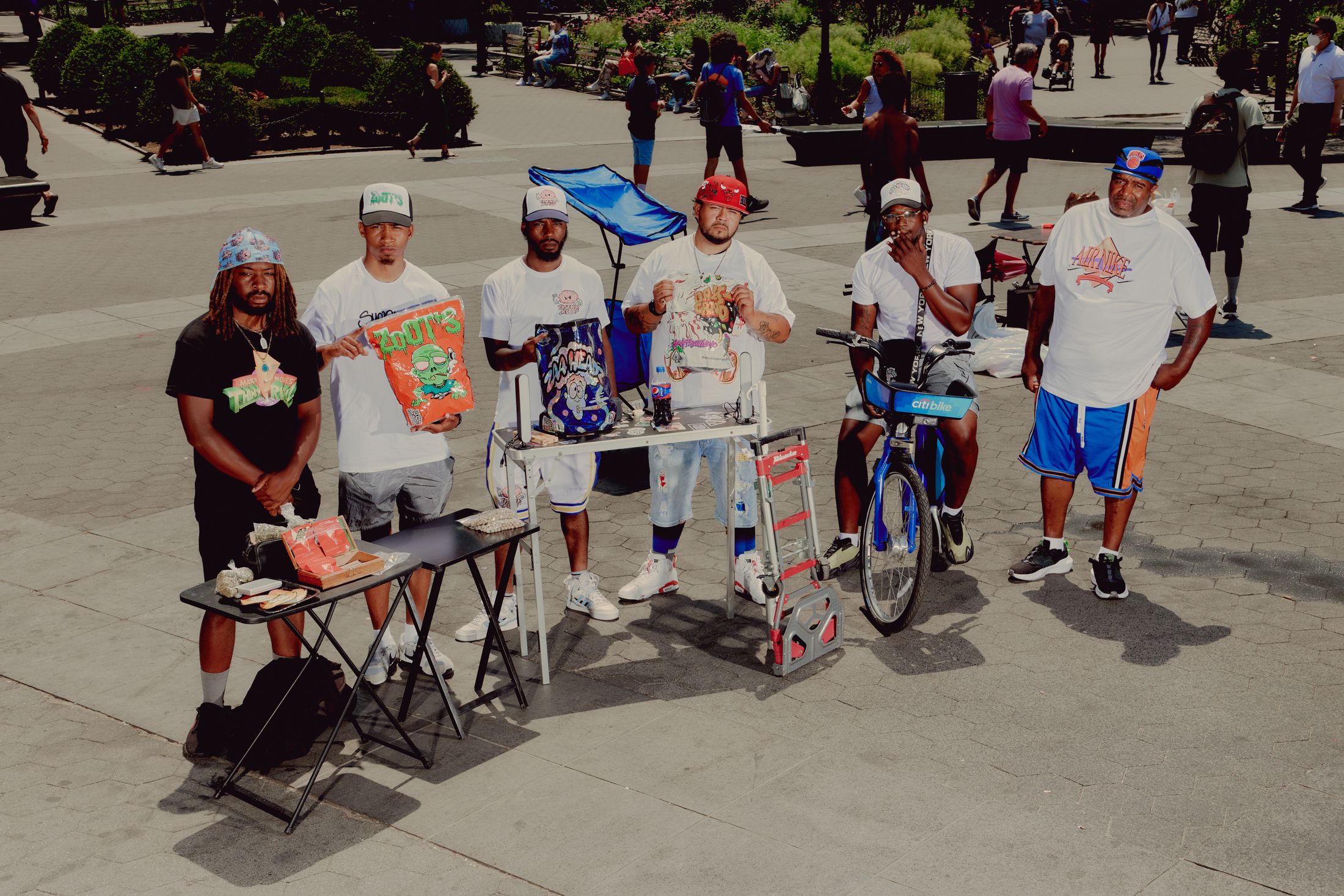 Leo said:
have to admit it's still a little jarring to see how things have changed here.

yeah i have the same feeling. it's striking, at least. i don't think it's a bad thing but i guess particularly in this 'post-legalisation but pre-legalisation' period we're in in nyc, it is basically weird that you can go to the park and buy spliffs off of random geezers selling them from a table. but then i still find it weird coming across streets of weed shops in LA.
S

I remember crossing Washington Square Park one night in the winter of 1978 after a heavy snowfall had left 8 or so inches of fresh snow everywhere. I didn’t want to walk around and decided to take my usual diagonal route despite there being no one in the poorly-lit park. Shortly after walking 10 yards with my sneakers quickly proven to be ill-suited for the traverse, I saw 2 guys legging their way towards me from opposite ends of the park. They were, I soon realized, the only 2 dealers who stuck it out during the semi-blizzard, and I was the only customer they’d seen for a long time, judging by the lack of footprints in the snow. Apparently neither had taken up the then-new running fad so the usual melodious chant of “smoke and coke” came out as muffled panting. Both arrived at the same time near the fountain but, shortly thereafter, their usual competitive bluster was replaced by mirrored looks of disgust mingled with pathos. Without stopping (I knew that much) I had ducked my head and shrugged to indicate that I wasn’t buying, just passing through. Since neither had the cheery attitude of today’s pot purveyors, I picked up speed, leaving the dealers in the night’s swirling snow. Trudging on towards my illegal Stuy Town sublet, I felt bad to disappoint them but my budget didn’t include drugs of dubious origin or, worse, uncertain efficacy. Good to know that progress has come to Washington Square Park.

New Jersey voted to legalize recreational use, there are three or four dispensaries set to open in Hoboken, a 10-minute PATH train ride from the city.

One of those dispensaries is being opened by two partners, one of whom is the wife of the mayor of Jersey City.

thirdform said:
Look I'm not against the aims of hippies necessarily. I'm against their methods. Instead of psychedelia the method to enlightenment must be (psycho)delia.
Click to expand... 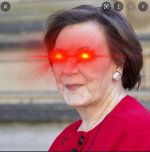 We should consider making weed illegal because it makes people gay, this is not very well known yet

I am OK with everyone becoming gay, but it's an important social question, I think
S