Oh, @suspended. Shouldn't you be more focused on this possibility?

suspended said:
We should consider making weed illegal because it makes people gay, this is not very well known yet

I am OK with everyone becoming gay, but it's an important social question, I think
Click to expand...

you’re an answer without a question, think about that as a social question instead


suspended said:
For instance is becoming gay from cannabis consumption downstream of other worrying cognitive or hormonal effects
Click to expand...


suspended said:
I take tramadol to "de-gay" myself, but few have access to this strategy
Click to expand... 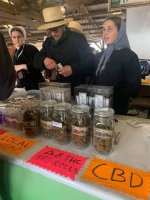 Edgeware is the name of one of my employers, actually

Edgeware Road is the rape capital of England

and there was a spike in incidents coinciding with a certain visit?

we know where he is

@woops can do the slashing

we know where he is

i will strain the potato's

Opiates supresss the sex drive Gus, nothing new there unless you’re trying to suppress specific urges

dihydrocodeine can elevate erections and arousal late in the stages of it in your actual system (10-12 hours post ingestion), so 90mg can give you a mild nod and a ride! Some times known as DF’s/df111’s, think a certain someone was a big fan 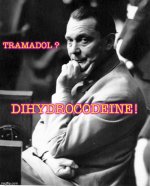 Not my experience, I have to say - in fact under the right circumstances, dope and fucking can go together like cheese and more cheese. Opium has been associated with sex in Chinese culture ever since it was introduced by European merchants in the 17th century. (That said, it will stop you busting a nut - worse than MDMA in that regard.)

Then again, I'm talking from the POV of occasional recreational use. Might be totally different if you have a heavy habit, for all I know.

Regarding DHC in particular, I read there was a study done years ago that showed it was just as effective as methadone for weaning addicts off smack, with much lower general toxicity, almost no overdose risk, and much less chance of causing addiction in its own right. No idea why it hadn't been widely adopted for that purpose.

I also read that when Göring was arrested after Germany surrendered, he was carrying a suitcase that contained a substantial fraction of all the DHC in the world at that time.

Read up Hands, before you make a fool of yourself again

Tramadol is far from your standard opioid. All sorts of whacky and under-understood stuff is happening, not least of which includes SNRI effects

WashYourHands said:
Sipping opium tea in dressing gown with your feet up reading The Times doesn’t count
Click to expand...

Morphine is morphine, whatever the ROA.

Mr. Tea said:
Morphine is morphine, whatever the ROA.
Click to expand...

be honest, you’re a half a hobbit


suspended said:
All sorts of whacky and under-understood stuff is happening, not least of which includes SNRI effects
Click to expand...

wacky? don’t undersell yourself, freak, your average posts are of significant embarrassment to most

fwiw, if anyone here secretly jerks off into their mum’s underwear, leaving them to dry, congeal and ripen, it’s you

Being lectured to by a half a hobbit and the founder of the digital Nonce Hotel™ chain, about drug use

You Can Buy Football Boots For People Who ‘Toe Poke’

It's the perfect Christmas gift for those who to toe poke. 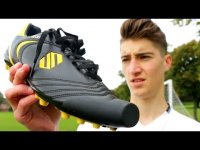 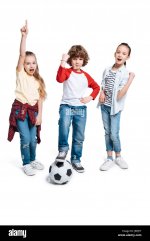 WashYourHands said:
Being lectured to by a half a hobbit and the founder of the digital Nonce Hotel™ chain, about drug use

You Can Buy Football Boots For People Who ‘Toe Poke’

It's the perfect Christmas gift for those who to toe poke.

In what way was I "lecturing"?
S