droid, and john eden are in their 50s an both smoke all day every day and listen to reggae music
C

eden doesn't smoke weed no way. droid i can see that.

eden smokes constantly. he is the 'dope smoking dad' the infamous thread is aimed at. he always has a spliff in his mouth. hes known for it.
C

i mean i might take it up. i think sufi and eden are good influences on the forum.

it can be good for decentering your ego and making you non agressive and weirdly wise. you can turn into a passive agressive hippy but i dont think those two have personally
C

i agree with you there.

Twice a week, no combustion. Just enough to take the stress edge off

Tinctures are easy, outstanding mechanisms of delivery. Evaporate the alcohol with tea, or evaporate fully to leave a potent oil which you can “cut” with olive oil and use for all sorts

Avoid the permastoned and you have an entirely different perspective on this set of compounds. Everyone knows someone who went down the cannabis wormhole. De facto Grim Britannia but it doesn’t have to be that way

You’d have to rib him indefinitely

The hypocrisy is the UK exports masses of cannabis and related products globally. Some shares are particularly buoyant

Kanabo develops medical treatment products such vaporisers and a range of non-smoking consumption solutions. With a significant focus on research and development, the company is working towards growing its innovative solutions even more.
Founded in 2016, Kanabo became the second medical cannabis company to list on the LSE. After its February 2021 listing, the company secured its first UK distribution agreement. Kanabo has operations in Israel and the UK. 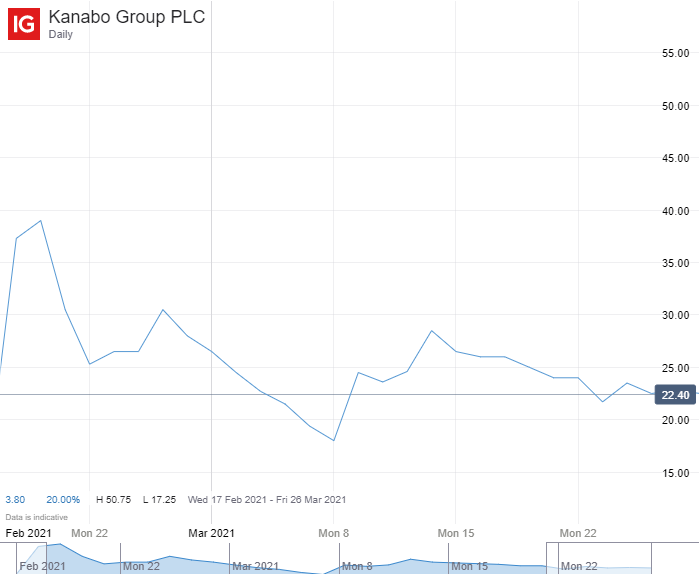 Cellular Goods recently listed, with the backing of retired soccer star, David Beckham. Since its inception in 2018, the company has focussed on cannabidiol (CBD) wellness products with benefits that include inflammation reduction, skin protection and pain relief.
Cellular Goods innovatively uses biosynthesis to source active ingredients for its products, which is a quicker and greener alternative to traditional processes. 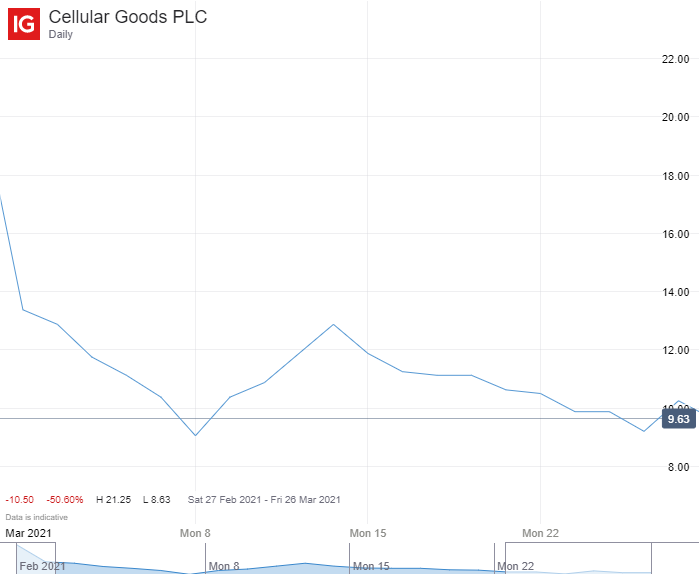 GW Pharmaceuticals is the undisputed leader in the UK medical marijuana space. The firm was founded in 1998 and listed on AIM in 2001, before it left London to join the NASDAQ in 2013.
Over the past decade, GW Pharmaceuticals has developed two of the world’s leading cannabis-based treatments and has grown into a company worth over $6 billion – larger than the main North American cannabis stocks such as Aurora and Tilray.
Sativex, a GW Pharmaceuticals product, is a spray containing both CBD and THC that is used primarily to treat certain types of multiple sclerosis (MS). It has been authorised in over 25 countries, including the UK. However, GW Pharmaceuticals does not market the product itself.
For example, in the UK it’s marketed by Bayer. Its second product, Epidiolex, is used to treat severe forms of epilepsy. 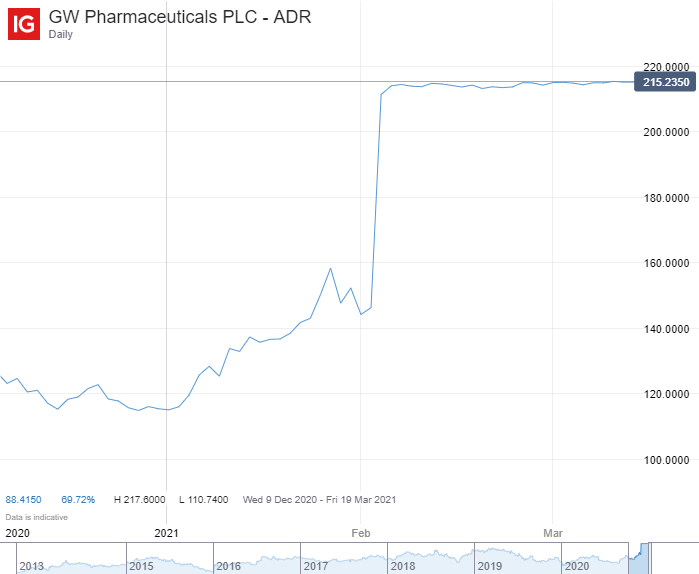 Associated British Foods (AB Foods) is a diverse company consisting of a variety of agricultural and ingredients businesses, such as sugar and corn, as well as its clothing retail arm, Primark. But it’s less known that the company is also one of the UK’s largest producers of legal cannabis.
It has converted a large amount of capacity in Norfolk to produce CBD-based cannabis rather than tomatoes, which is supplied to GW Pharmaceuticals to make its medical treatments, specifically Epidiolex. 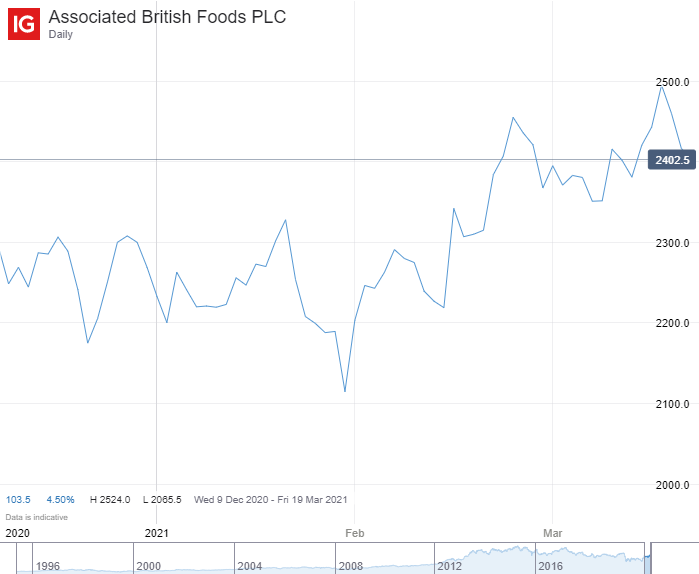 Futura Medical is a research and development business, based in Guilford, that specialises in producing transdermal technologies (essentially gels and creams) that can be used to deliver medicinal treatments through the skin.
It calls its transdermal technology DermaSys, and its lead product helps with erectile dysfunction. In 2019, Futura Medical established a joint venture with CBDerma Technology to explore how its transdermal system could be used to make cannabis-based products for patients. Together, the companies developed the ‘CBD 100’ gel – a patent application was filed for the formulation in August 2020. The companies, in partnership, are now exploring commercial avenues for the product. 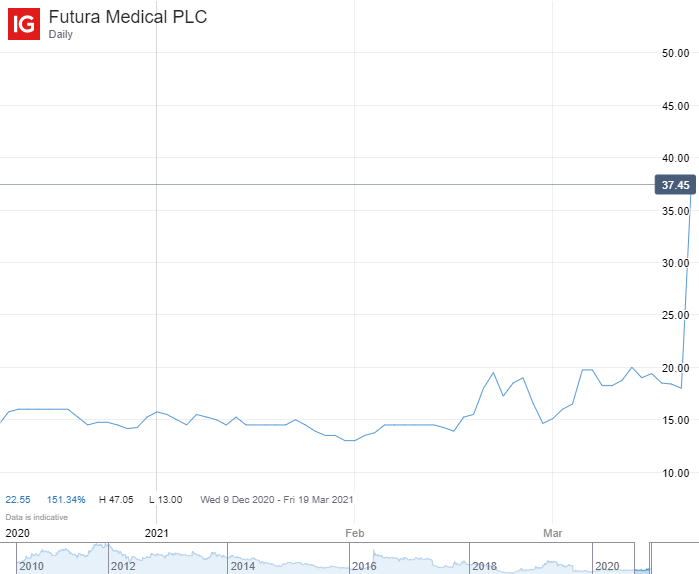 AfriAg is primarily a logistics firm serving the agriculture industry across the world. In 2017, the company announced that it would be entering the medicinal cannabis market.
The company has since applied for a licence to cultivate and manufacture cannabis in the UK. AfriAg has also acquired 2.68% of Apollon UK, which has a fully licensed subsidiary (Apollon Formularies Jamaica Ltd) that is licensed to cultivate, process, research, develop and sell medical cannabis.
AfriAg is working on acquiring the remaining share capital of the company. It’s also working on satisfying all regulatory requirements for the acquisition.

DeepVerge is a vertically integrated business, meaning that it manages its value and supply chain through ownership of, and collaborations with, its suppliers and distributors. It collaborates with artificial intelligence (AI), clinical research, water technologies, medical device and life science businesses companies to provide technology for comprehensive skin-care, health-care, pharmaceutical and cosmetic product testing.
DeepVerge’s CBD products include pain relief creams and wound dressings with anti-inflammatory and pain relief properties. 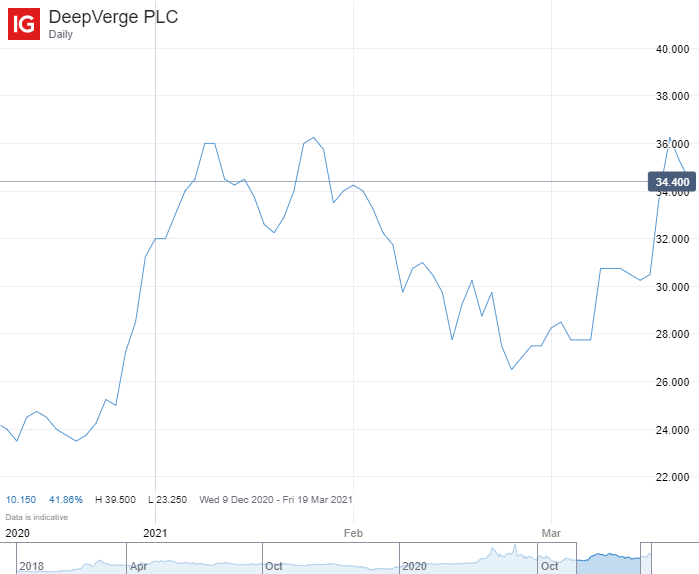 Zoetic International, listed on the LSE, transformed itself into a vertically-integrated CBD business, having previously been an oil and gas company named Highlands Natural Resources.
After discovering gas in Kansas, US, the company found it had high purity levels of nitrogen and high concentration of hydrogen – which together have been used to make a fertiliser being used in a pilot project to improve yields at a cannabis growing facility.
The company sells products in the UK, Europe and the US. These include CBD oils, gels, cosmetic products, vapes and chew pouches. Product availability is subject to local regulations. 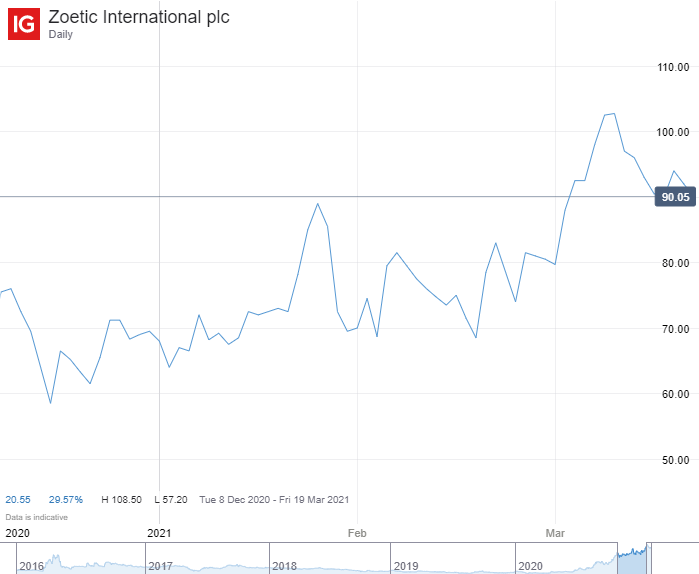 It’s the easiest way to make an extract which can be evaporated further into oil form. No offence to Rick Simpson but isopropyl is denatured ethanol, so QWET is a healthy no fuss harm-reduction option. “Quick wash ethanol” and decarb flower batches steeped for 5 days, 3 days, 1 day, 3 hours and rapid 15mins quick wash experiment. 10g’s of decarb for every 100ml of ethanol (not isopropyl) ratios

Filter with coffee thing into 5 jars, done. 5 samples, all smash it. Sub 24 hour soaks are cold washes, a jar of flower frozen and a bottle of Spirytus ethanol put in freezer for 24 hrs, warm/room temp for everything else. Beautiful copper hues, from the mash which’d removed much of the green pigment, to the final 5 sample jars each getting lighter. Small flat Pyrex dish with 50ml poured in at time gives you an oil if you evaporate the ethanol by covering and leaving, adding olive oil which has infinite uses

Tincture and oil = sublingually, add to tea (ethanol evaporates), add to pesto, sauces, not for smoking/vaping. Zero smell. Zero plastics. Jar glass and seal proof. If you drink, tinctures are another way of infusing drinks too - ginger root, mint, turmeric, take your pick. Lasts for decades, the pinnacle of carriers, pickles and range of preserves that use vinegar

They work quickly and depending on dose can be a tickle, a hug or a hammer. Duration 4 hours vs 8 for edibles, smoother, less turbulence, crushes pain. A little goes a long way
T

swears said:
I think weed should be illegal, it turns people into boring hippy muppets. And the concept that any substance can "open your mind" is nonsense, acquiring knowledge that allows you to see the world from a different perspective does this, not fucking about with your brain chemistry.
Click to expand...

wholly concur. either dissolve 10 grams of hash in greek yogurt and take it straight up or gtfo.
T

Mr. Tea said:
Oh come on, has anyone ever really thrown off his uniform, told his boss to go to hell and marched out of the office/factory to FREEDOM AND HAPPINESS because of a song he heard? Sounds like something that would happen at the end of a rather sappy film.
I'm not trying to deny that music can have a huge amount of inspirational power, but I think it's a bit paranoid to suggest that music would banned simply for being too inspirational. Sure, music gets banned for various reasons, usually to do with having lyrics that are explicitly obscene or seen as promoting violence or crime, and while I tend to disagree with censorship in general, I can see why these laws exist. I listened to Beethoven's 9th today, as it happens, which must be just about the most inspirational piece of music I can think of, but I guess that's by-the-bye. To be honest I don't listen to radio at all, commercial or otherwise, but when I think of music that, as you say, makes me think about "other modes of being, other ways to spend my time and energy", it's generally music that's very personal to me, often stuff that most people would consider indulgent or unlistenable, so it's pretty unlikely ever to get airtime on 'pop' radio precisely because it's nowhere near pop-ular enough.

Edit: cannabis promotes sitting around on your arse listening to music, eating stodgy food, talking bollocks and having a laugh. All of which I'm massively in favour of, in moderation. But I think any serious revolutionary is probably better off keeping a clear head, to be honest.
Click to expand...

Indeed. amphetamine is a much more revolutionary drug, in this sense.
W

This thread is annoying me because now I really want a smoke. I've still got a little nub of good hash but no tobacco to make a spliff, I have no other real way of smoking it, I'm too drunk to drive to the shop and cba walking either. Have to wait till tomorrow.

WashYourHands said:
Twice a week, no combustion. Just enough to take the stress edge off
Click to expand...

Goals, I’m been a wretched spliff-smoking freak of the night going on ten years. No desire to combust without tobacco, but if I can get over the pleasures of smoking a tincture sounds great. I’ve never liked the high from edibles and vaping is not an attractive option either. I live in Washington state which is booming with legal shops, might have to see what they have once this latest quarter goes poof. Thanks for the inspo

They come as droppers commercially. 30ml, 50ml etc. Wish I’d found the process sooner but if you can walk in and buy even easier

Delta-8 is a milder alternative if you vape/smoke. There’s numerous new hemp cannabinoids which have surfaced recently too promising very different experiences but not sure I trust the extraction processes yet. Plus who needs 50 joints in one hit material, don’t need a blood-specked cough either. Wouldn’t buy delta-8 anything in Britain, @dilbert1 you might have much better options
You must log in or register to reply here.
Share:
Facebook Twitter Reddit Pinterest Tumblr WhatsApp Email Share Link
Top