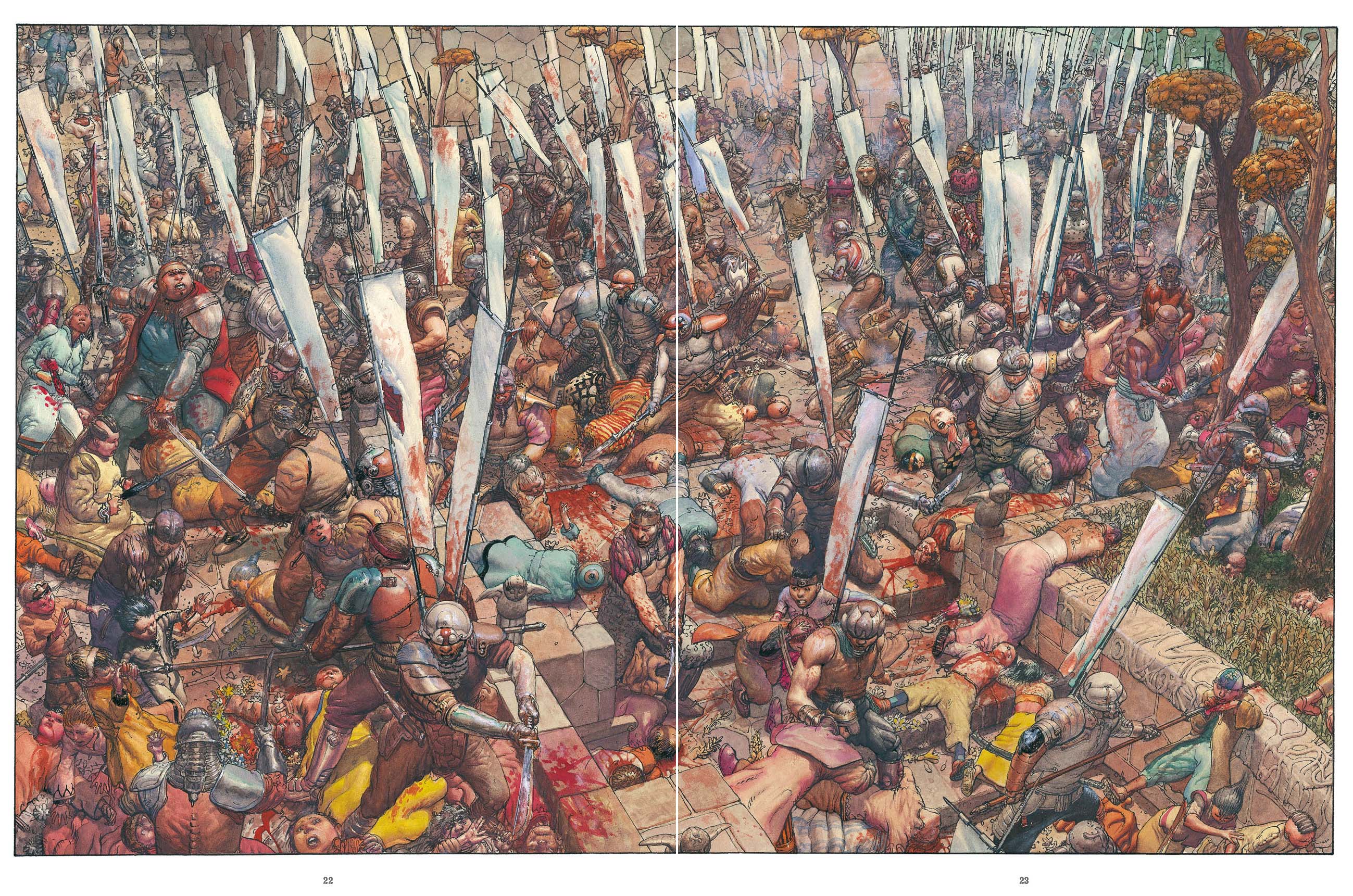 Yeah, the Mills/Wagner stuff is all great, up to about 1/2 way through, then the David Bishop stuff is incredibly depressing and its a slog till the end.

Just read volume 1 of Sandman. Supposedly the series gets a lot better later on. This one had some interesting ideas and art but also far too much 'shocking' violence. Thoroughly adolescent.

Bought and started reading Joss Whedon's Astonishing X-Men. Brilliant artwork by John Cassady and I am a big fan of Whedon's writing, so I'm enjoying it a lot.


Not seen this, but saw Dredd the other day and really liked it. Seemed to preserve the scuzzy, ultaraviolent feel of 2000AD. 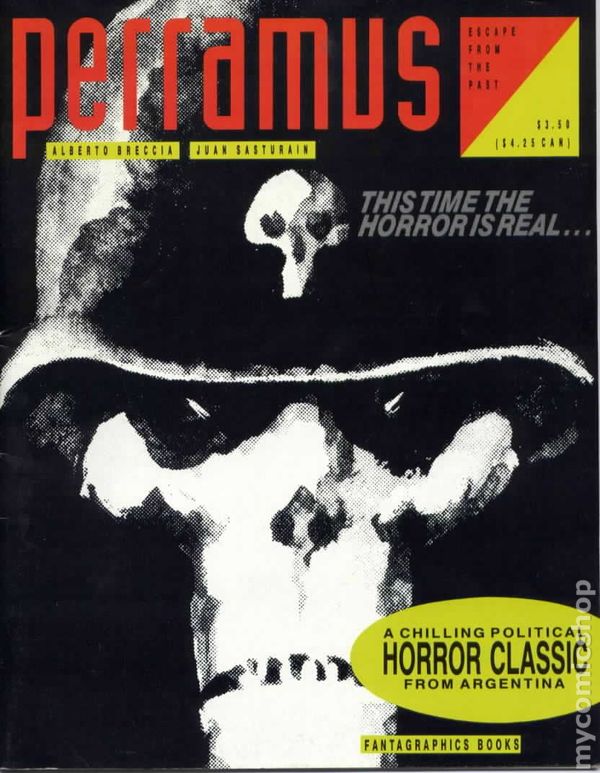 is it about the dirty war?

Beautiful Breccia art again - the guy who did that Lovecraft adaption i linked to on this thread years back.

Most of the translated Jordowsky comics for download including the aforementioned 'metabarons'.

No, no, its quite all right, no need to thank me.

More pearls for the swine. 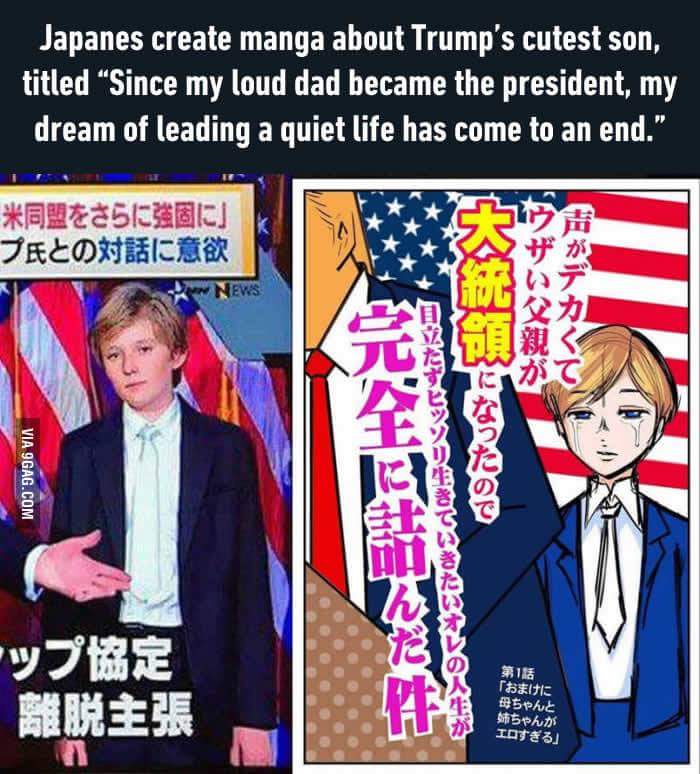 did i already mention i'm reading Black Panther by Ta Nehisi Coates? And World of Wakanda, the spin-off?
BP takes ages to get going, but it is getting pretty interesting now

Can this be read by someone who's never read any Marvel stuff before, or am I 50 years to late to understand it.

Works fine as a stand alone. Really nothing special though IMHO.
S 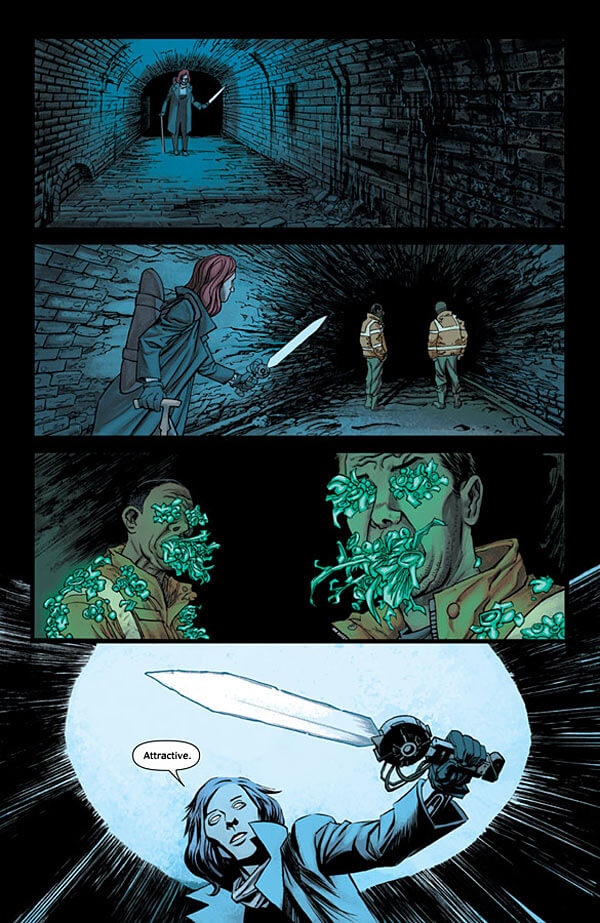 The Wicked and the Divine - incarnate gods as teenage pop stars - sort of like Neil Gaiman mythwank but shot by Hype Williams instead of Tim Burton. Occasionally crosses the line into trying too hard but it's generally very good.

Black Monday Murders - international finance as blood magic. Sort of like From Hell but with Wall Street bankers instead of freemasons. Seems pretty great so far.

Oh and on a Marvel tip I've basically got addicted to the Unbeatable Squirrel Girl. She has the proportionate strength and agility of a squirrel, she can summon and command squirrels, and she's beaten up Doctor Doom, Galactus, MODOK, Thanos, and pretty much everyone else. It's written by Ryan North who does Dinosaur Comics and it's a lot of fun. 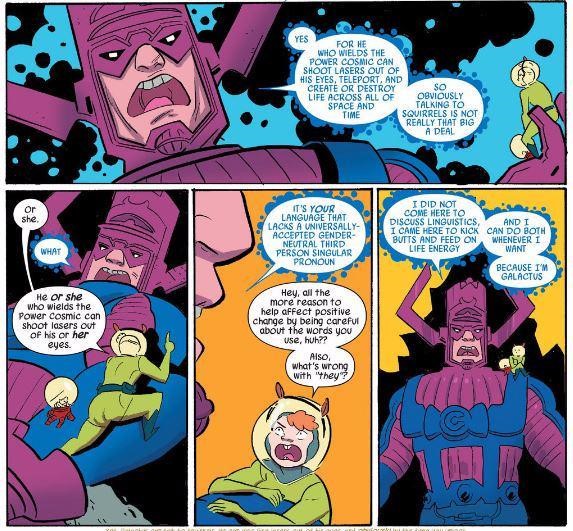 this (via bb) is a prelude to undermyskin if i'm not wrong?