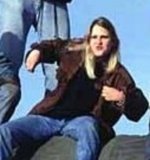 The greatest song of all time.

So Wales are into the second round. Pleased about that.

They getting rid of the away goals rule in the club cups next season, not sure how I feel about it really, it is a bit silly but I have got used to it as one of football's beloved foibles, I like the way a whole tie can suddenly lurch from one side to another in seconds but really it never made sense to me.

If they do that in the CL then Pep will be over the moon.

They are doing it in the CL

Pep will be over the moon.

Viera’s a Nigel. Wasted at Palace, what you doing Pat?

Despite FC Barcelona and Lionel Messi having reached an agreement and the clear intention of both parties to sign a new contract today, this cannot happen because of Spanish LaLiga regulation on players’ registration.
As a result of this situation, Messi shall not be staying on at FC Barcelona. Both parties deeply regret that the wishes of the player and the club will ultimately not be fulfilled.
Click to expand...

Also looks as though Lukaku is going to Chelsea.
L

La Liga rules limit each club’s spending to a percentage of club revenue, and league officials had repeatedly said they would not weaken their rules to accommodate Barcelona, which was far over that limit. Barcelona was told it would need to cut hundreds of millions of dollars in obligations before it would be allowed to register any new players, including Messi, for next season. (Barcelona’s decision to allow Messi’s contract to run out means he was registered as a new signing, instead of a renewal, which might have been easier.)

The club has spent lavishly in recent years. Messi’s most recent four-year deal, if he met every clause and condition, was worth almost $675 million. With the pandemic resulting in a drastic reduction in revenues, the club’s spending became untenable. In July it was reported that the player and the team had found a way for him to stay, with a five-year extension, but the conditions put forth by La Liga were not able to be met.
Click to expand...

I'm sure if, four years ago say, Barca wanted Maessi and Messi wanted to stay, but there was some regulatory impediment then they would have just gone "Oh ok then that's a shame, go and sign for Man City, best of luck".

Less than a club.
It reminds me of, what, fifteen years ago when Leeds fucked themselves over by spending loads of money that they didn't have, hoping to be able to pay it back by repeatedly qualifying for the CLl... but after they failed to do that one year they just fell apart, dropped out of the PL and so on. And everyone kinda shook their heads and tutted and I guess there was a lot of stuff said about flying to close to the sun and so on. But what's the difference really? Just that everyone expects Barca to be at the top table so it's ok but when it was Leeds everyone was basically saying that they had got ideas above their station and paid the price they deserved... seemed harsh at the time cos every fan dreams about their club winning the CL, I think it was worth the risk and they had some super exciting years they would never have had if they had managed themselves prudently and stayed safely in the middle of the table... and now I hope the same thing happens to Barca, they don't have a God given right to be in the CL, no-one forced them to pay Messi 150m a year or spunk all that money on Coutinho or Griezmann etc For them to suddenly start saying the Super League was necessary for clubs and football itself to survive was fucking disgusting - it's only necessary if you accept it's vital for football as a whole that Barcelona have all the best players regardless of whether they can afford to buy them... fuck em!
L

Messi’s move...highlighted how Gulf riches have so altered modern soccer’s economics that even some of the world’s biggest, richest and best-supported clubs are now no match for state-sponsored teams in the arms race to acquire the most elite players.

His next destination was in many ways a question of which of two Gulf-royalty-backed teams he would choose.

Would it be Manchester City, owned by a brother of the ruler of the United Arab Emirates, one of the few clubs willing and able to spend freely in the era of the coronavirus pandemic? Or would it be P.S.G., the star-laden French champion financed by Qatar, a club that, like City, appears immune from a financial crisis that has shaken the global soccer economy?
Click to expand...

Probably he would have wanted to reunite with either Neymar or Pep anyhow so it all aligns. I don't think he's really got enough left to justify the price so that was surely a consideration for all the clubs without infinite money. Probably if he was 24 not 34 there would be a few other top clubs trying to raise the money to at least get involved, regardless of the market conditions etc
You must log in or register to reply here.
Share:
Facebook Twitter Reddit Pinterest Tumblr WhatsApp Email Share Link
Top