just thought it was a little dull and the ending a little underwhelming considering the build up. but I dont typically enjoy tv dramas and spent a good deal of time on my phone while it was on tbf

Mr. Tea said:
Did this encounter make you wonder if there were any French things you like (music, films, whatever) that you really like, that some French version of you - let's call him Riche Ouàlche - might consider hopelessly uncool and unsophisticated?

Or is such a thing intrinsically inconceivable?
Click to expand...

suspended said:
You gotta piece together the vibes instead of looking for plot. Here's what the trailer shows us: wealthy white families, hypochondria (psychosomatic issues), status maneuvering, power relations between the black masseuse/spa therapist and her wealthy client, inappropriate boundary violations (the Dad telling his kids about the swollen testicles; the lady asking her masseuse to dinner). Wealthy white people being assholes. Politics of the service industry. Possessiveness, ownership, the way the wealthy and powerful are literally selected for possessiveness and ownership and grabbing things, taking things, using their power to keep control of other people.
Click to expand...

I actually thought it looked pretty intriguing from the trailer. Maybe potentially a little wacky or smug in its humour, but it looked like a world i could live in - as a fly on the wall, not as actual character, heaven forbid - for a little while.
I was just surprised that, by the end, I didn't know if it was a film or a series. It did say HBO so perhaps if you are American that instantly tells you but I wasn't certain that they don't make films.

Linebaugh I agree completely... I think if you re-wrote the last episode, and merged eps 1-3 into like... 2 eps? It would've been tighter, more rewarding

I guess I just like the vibes at points—it borrows shots + the fast-paced, frenetic soundtrack from Punch-Drunk Love, the best Paul Thomas Anderson movie. And I like that its thesis is basically that humans are still animals, that power is deeply interwoven in the fabric of life, and that much of modern power isn't about "force" so much as it is about having things people want... Whether it's your money, your body, your connections... Capital gives you power b/c it lets you enter asymmetric bargains—you can give a small slice of what you own/control over in exchange for everything the other person has... And this makes the other person feel degraded and small and powerless, which they are.

suspended said:
Once the structural conditions are in place, the plot becomes obvious:
Click to expand...

We don't need plot though do we? I'm perfectly happy with characters and situation if it's done well, just plonk the characters in the situation and see how they bounce off each other. I actually love that sort of thing if the world is seductive enough. And I don't mean seductive enough to live in, but seductive in creating enjoyable scenarios.

Like The Deuce, ok I haven't seen the final series so maybe it changes, but with that proviso, it's the perfect example of what I'm talking about. They recreated Times Square in the 70s just as I imagined it (an interesting thing that, how I feel able to pronounce on how well a show has recreated somewhere that I have never been - and yet we all do it, why? How?) and then they chucked in a load of characters - Jackie Aprile from Sopranos as a likable and benevolent mobster(again), James Franco having loads of fun needlessly playing two roles, loads of actors from The Wire swapped around so gangsters and slick lawyers become lowly cops, that harmless and stiff English guy from Death in Paradise has become a vicious and scary pimp, Maggie Gyllenhaal as a pro etc etc

And then a load of bars and cafes and so on where they meet and chat - and, ok, occasionally kill each other - but really with only the merest hint of an overarching plot, perhaps that solidifies in the third series, but I don't care at all if it doesn't, I just loved that diner where the guy with the gravelly voice worked and pimps and their girls come in and argue and eat fried eggs - and it's such an immersive world, a great place to visit if you can do so totally safely as we can. Really immersive.

Although it's the same guys as The Wire who made it, although it is many of the same actors and on the surface it's also a gritty world of drugs and prostitution, it's a completely different beast. The Wire is angry, it's saying look at what's happening right now, look at what we are allowing, even causing. I say angry but it's not so crude as to say that overtly of course, it's just that telling that story comes from anger - and sadness of course. But The Deuce is different, it's history, you almost feel like the actors are having fun taking a totally different role, showing off what they are capable of. And so The Deuce is slighter I guess, less important perhaps... but it's great despite all that.

But it's the same with music really, people have energies, music and film captures energies, there are natural synergies

The shy kid who listens exclusively to punk or metal or hardcore, you get a sense of his energies, what his inner life's like

Thirdform of course a perfect case in point

There was a moment when I was reading one of the books from A Dance To The Music Of Time when I suddenly felt the same... it clicked with me that this is a world and I'm in it. It's some guys and I KNOW them and they are eating in a restaurant and I know the restaurant, talking about some people and I know them too - except some of them I don't, just like in a normal conversation I might have. Simple stuff but when it is done so well it's beautiful.

Would be glad for other tips of other world's you can truly enter in this way.

suspended said:
The shy kid who listens exclusively to punk or metal or hardcore, you get a sense of his energies, what his inner life's like
Click to expand... 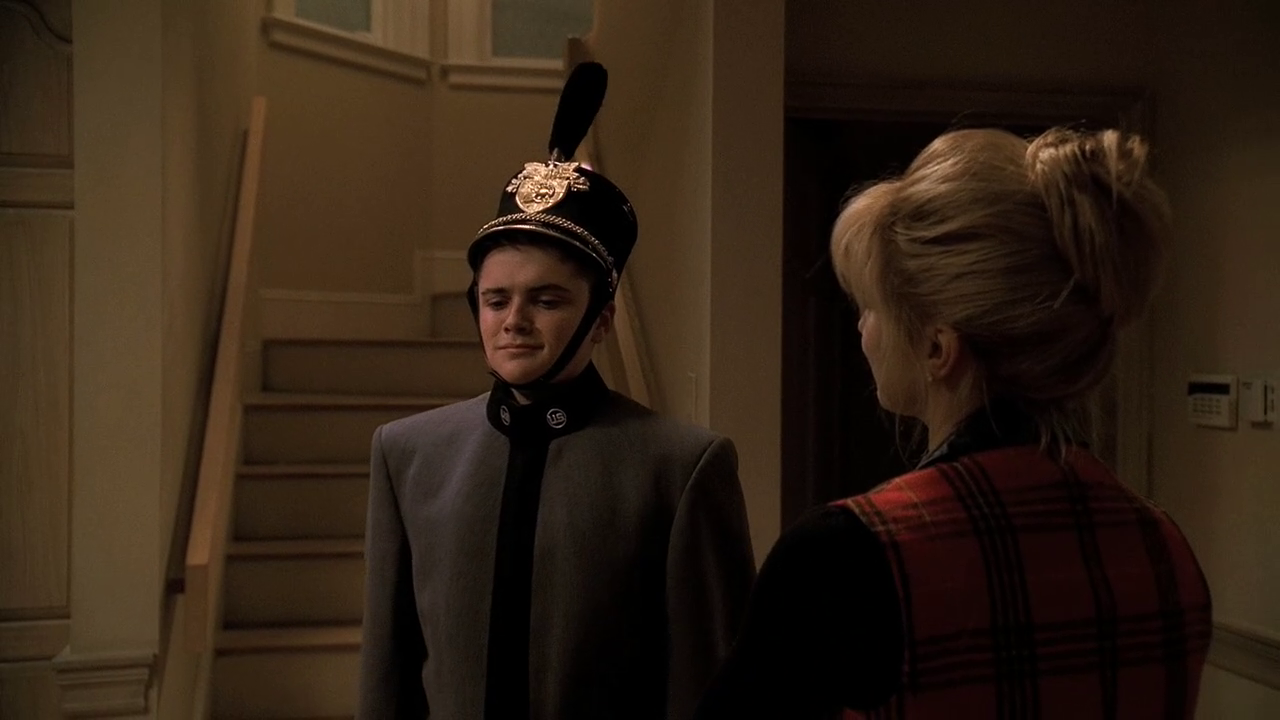 theres someone ive noticed on twitter who just says this repeatedly. he calls it 'the philosophy of vibes'
i dont think he's wrong but it doesn't add up to a 'philsophy' exactly

Can’t believe you haven’t watched it yet @luka

Maybe one for when the nights draw in

80+ hours. If you can do every diabetic Marvel, you can soak this up

afraid the sentiment may be too late for 'ludwig yeegenstein'