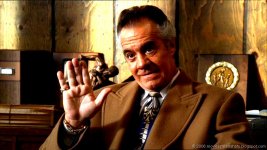 Brilliant, doesn't she go on to have a stroke or something?

That's Frankie Valli there isn't it? It's always a kind of weird post-modern headfuck for me that he in it as a mobster, but at least one point they refer to Frankie Valli himself, the singer I mean, so what world are they in? I conclude that it is an alternative reality, very much like our own obviously, perhaps the same in every way, except that Frankie Valli, whoever he is, can't be that guy, cos that guy is Rusty Millio (I had to look that up). Or am I over thinking things?

The mayor of munchkin land 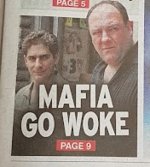 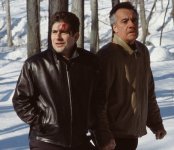 The Sopranos' Greatest Episode: How 'Pine Barrens' Was Made​

I've been enjoying the Sopranos x Dune memes on Twitter.

Well let's see some good ones then.

I posted a few then couldn't remember whether WYH had already posted them, so deleted them. I'll try find them again. 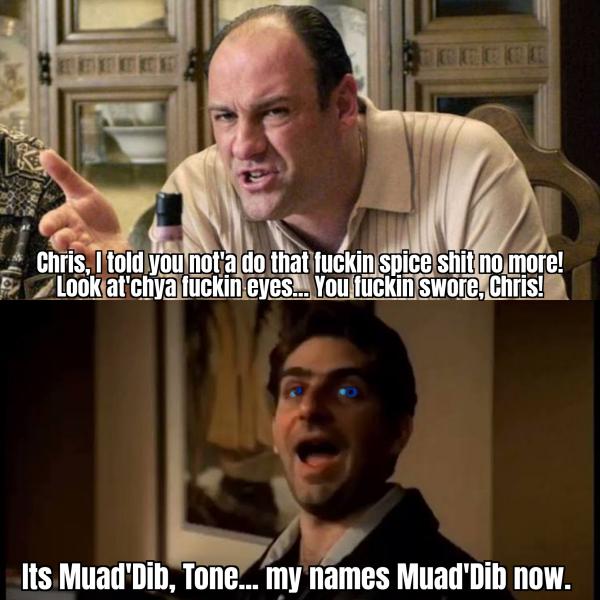