This week's most embarrassing criminal

Milne, who was described as 'semi-erect' during the act, added: "I was treated like a hardened criminal."
Click to expand...


GET THE FUCK IN

Wouldn't be surprised if the hack made that up knowing that the fella was never going to call in to correct it. But still. You'd have to, wouldn't you?

Woman arrested while wearing "I love crystal meth" T-shirt turns out to be carrying crystal meth.

A man who tried to buy deadly ricin poison from the Dark Web after being inspired by the TV series Breaking Bad has been jailed for eight years.

The court heard he approached the undercover agent in January with a private message, saying: "Hi, would you be able to make me some ricin and send it to the UK?"
In a series of encrypted chats, they discussed the price of a lethal dose, discounts for bulk orders and ricin's "shelf life", jurors were told.

At one point, Ali asked: "How do I test this ricin?" and received the instruction: "You must test it on a rodent."

Around this time, Ali had made a to-do list on his computer which included the entries "paid ricin guy" and "get pet to murder", the court heard.
Click to expand...

A British fighter for so-called Islamic State has penned what seems to be a racially charged rant against Arabs - providing a surprising glimpse into tensions inside IS-held areas of Syria.
Omar Hussain is one of at least 700 Britons thought to have travelled to Syria and Iraq to join militant groups. He's become an active voice in social media propaganda for the group, has called for terror attacks, has threatened Britain in interviews with the BBC, and defended beheadings and other Islamic State atrocities.
But he recently posted a rant critical of Arabs and his Syrian hosts on a Tumblr page under his pseudonym, Abu Saeed al Britani.
In the post, he gives a laundry list of complaints, broad stereotypes and misinformation. Syrians are "childish" and are known for "stealing shoes", nicking food and using other people's phone chargers, he says, and also accuses them of being messy and lazy.
Click to expand...

I never realized that ISIS was the true face of evil incarnate until now, but using other people's phone chargers???

German man killed by his own home-made bomb in bizarrely elaborate plot to steal money from condom machine.

CCTV police officer 'chased himself' after being mistaken for burglar

Oh, this is good. 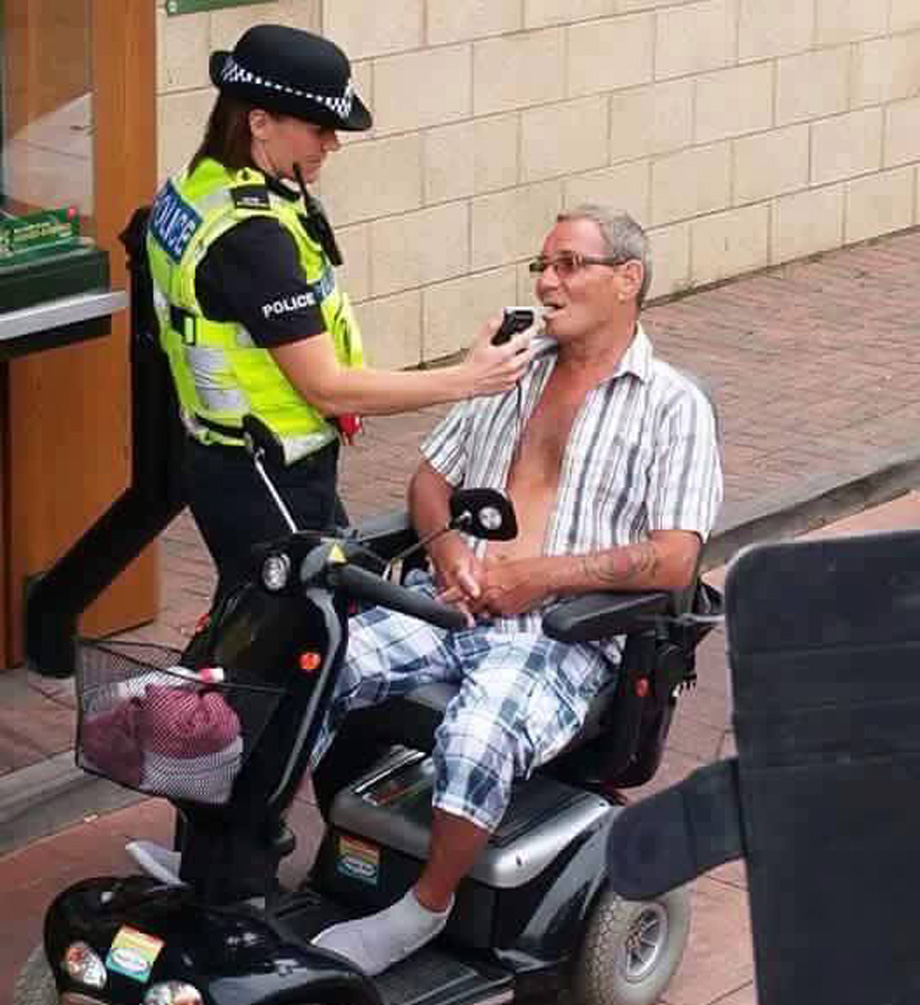 This is too good* not to quote in its entirety:

This is the blind man caught by a farmer in a cattle barn wearing a balaclava, a vet’s rubber inspection glove and carrying a wooden brush shaft.

The completely bizarre incident came to light last week at Omagh Crown Court where 44-year-old Anthony Morris of Bradkeel Road in Plumbridge was found guilty of intending to cause damage to cattle and theft following a one day trial.

Morris was discovered by a farmer who had gone to investigate noises in his barn in the early hours of the morning on March 18 last year.

He had tried to hide, but the farmer and his brother caught Morris in a cattle pen and pinned him down until police arrived.

While he was being held, Morris, who had a torch strapped to his head and was also carrying blue rope and a pen knife, put on a foreign accent and said: “Me-me-steal-ear-tags. Me-me-look-at-tags.”

But when police arrived they unmasked Morris, who the farmer recognised because he’d done work for him in the past.

He was also wearing a body warmer stolen from the farmer’s lorry weeks earlier — but he denied this too.

During his trial, Morris came up with a host of weird and wonderful excuses for his actions in the cattle barn.

his balaclava, made from the leg of old tracksuit bottoms, was a “face warmer” he had lifted by mistake instead of a woollen cap;
the wooden shaft was to help him keep his balance because medication made him dizzy;
the rubber glove was already in the body warmer and he used it to clean fungi out of a water barrel; and
he always carries a pen knife to open food for his 17 cats.
Morris was originally questioned about cruelty to animals but none of the cattle in the barn were injured and it was not specified in court what the allegations of cruelty involved.

He blamed his presence in the barn on a mystery man who Morris said “forced” him to go to look at ear tags on the cattle because he said the farmer had stolen three cows from him.

Morris said in court the unnamed man who was “a blast from the past” had threatened his 14-year-old son and turned up at his house where he had touched him “with something metal”.

Prosecution barrister Michael McAleer asked him: “Are you going to tell us what it was?”

“Was it a stick? A bar? A coat hanger?” asked the barrister.

Asked if he had been touched with a gun, Morris said he was.

During his trial Morris had walked with the aid of a stick and claimed to be totally blind in one eye and partially sighted in the other.

He said that he can only see “black blobs” and was diagnosed with limited sight in 2005.

However in another bizarre twist, it emerged that even with his sight problems, Morris had managed to keep riding a motorbike.

Summing up, prosecution said the items Morris was carrying were “like a puzzle in a TV show” and described his explanations as “nonsense”.

Mr McAleer remarked that Morris’ unusual claims were an attempt to “fudge why he was in the barn that night”.

A jury took just an hour to convict Morris of intending to damage cattle and theft of the body warmer and a solar calculator which had been in the pocket.

His extensive criminal record including convictions for burglary, firearms, theft and traffic violations was then revealed.

He will be sentenced next month. Judge Phillip Babington allowed him to remain on bail.
Click to expand...

Who could possibly have suspected that this chap might turn out to be a bit sketchy?

“Woods claimed to be sophisticated at credit card fraud when, in fact, he is not,” said federal prosecutors
Click to expand...

"selfmade kash" this isn't real it's a put on, a parody, it has to be

other_life said:
this isn't real it's a put on, a parody, it has to be
Click to expand...

The cosmic purpose of the current Aeon is to make you say that as often as possible.

A proper cokehead, if you will. 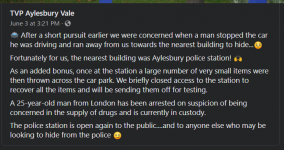 Did you see the doss cunts who undertook on a motorway slip lane recently with a few kees of charles on them?