Since it's been a while since we had an Israel/Palestine thread...

it feels like there may be some shift in media and public opinion alright. Partly, I assume because people can only accept being fed the same shit every couple of years for so long before they get a bad taste in their mouths.

craner said to me "genoicide is not always wrong. it all depends on which people are being eradicated." do you agree with this statement?

Fool me once Luka...

really cant believe craner advocated the killing of palestinians 'becasue they smell' what the fuck? there are children dying by the hundreds

I think you're getting him confused with our erstwhile friend Vimothy.

what happened to that psycho?

luka said:
what happened to that psycho?
Click to expand...


He and HMLT occasionally meet for a pint and have a good chuckle over the way they used to troll us.

Edit: yes of course droid, wasn't meaning to imply they were equivalently nuts or anything like that. I've chatted to him (vimothy, I mean!) on FB a few times, it'd be good if he came back I think. I just like the idea of him secretly being buddies with Irish Padraig IRL.
Last edited: Aug 1, 2014

TBF to Vinothy, I completely disagreed with him on almost everything, but he's nowhere near Padraig. In fact, I have a grudging respect for the man, his conduct in this thread notwithstanding.

Speaking of Craner. Here's his one time crush setting the record straight on Israel:

Its worth watching all the way though. She clears everything up.

Fascinating Commons debate on Labour backbench motion to recognise Palestinian statehood. They are voting on Jack Straw's amendment right now, but it seems the House has carried it. Quite rightly, I must say, I am for it. It is common sense, as was clear by cross-party support and the very weak NO arguments by, for example, the risible Member for Hendon. Best speeches I saw were by the lovely Labour MP for Wigan Lisa Nandy and the indefatigable Bob Stewart. Even Peter Lilley was for the motion.

Anyone who says that British democracy is dead and run by party machines should have watched this debate tonight, or had it stuffed down their stupid, parched throats, and then told to fuck off.

Craner just sent me this video of his latest heroine Caroline Glick. he said "watch her eviscerate the soft bellied european diplomats. She's a true force of nature."

The hatred on display in the current pseudo-intifada is breathtaking.

A Palestinian boy lying on the ground covered in blood being taunted by civilians and police as his life slips away. Lynch mobs in jerusalem stalking and killing unarmed youths. Endless social media posts laughing at the deaths of babies. Naked chauvinism on display for all to see.

Gideon Levy is entirely correct. Israel's strategic attitudes have completely poisoned the groundwell of its society and its a repulsive sight.

Craner just sent me this video of his latest heroine Caroline Glick. he said "watch her eviscerate the soft bellied european diplomats. She's a true force of nature."
Click to expand...

lol. He didnt really. She's a lying sack of shit.

No victors, only victims.

Calls for Israel to be kicked out of the international committee of the red cross after human rights groups criticise Israeli medics for leaving wounded palestinians to die as a matter of policy.

Anyone following the 'stabbing intifada' has seen this happen in numerous videos. Add on the lynchings, the attacks on journalist and 'leftists', the systematic attacks on African immigrants, the 'death to the arabs' rallies in support of the murderer Elor Azarya - I think Israel has finally shifted into full blown racist fascism.

Incidentally, Ive been reading extracts from Moshe Sharett's diaries. He predicted all of this - the 'corruption of purity of arms' into a 'culture of revenge' - bang on the money over 60 years ago. 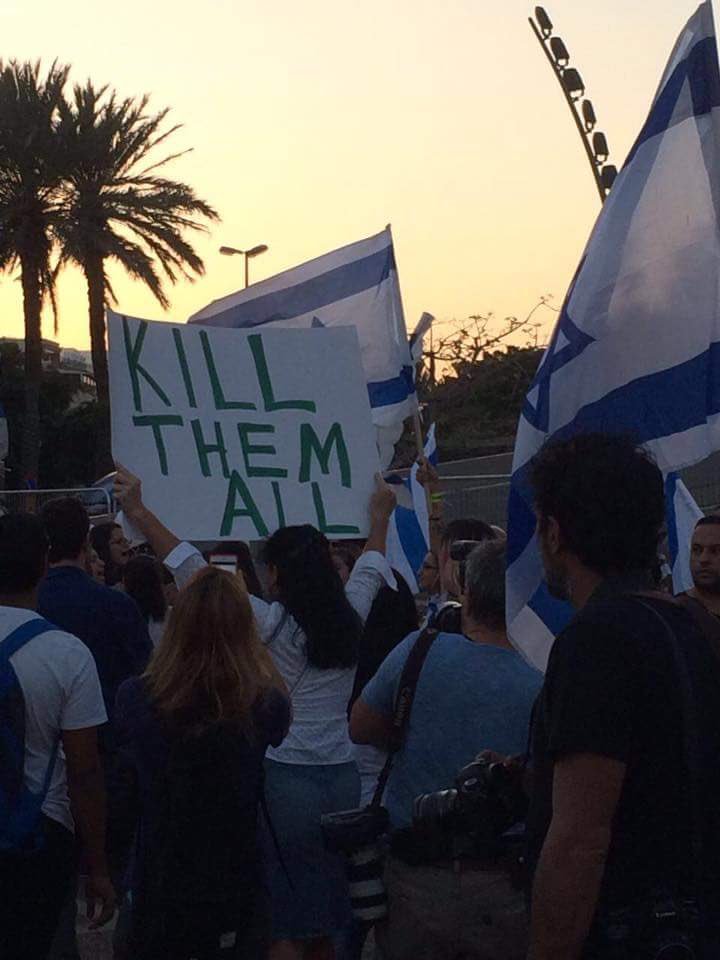 I hope he explains the idea further in the full show, I'm not quite sure what he's getting at. I've felt for a while that it was against Israel's own interests to weaken hamas in so far as it has the almost oxymoronic capacity to both placate the hardline elements within Palestinian society and also to negotiate with israel. Striking a deal with hamas involved (or at least one they accept) is feasible and will get the support of elements within Palestine that a secular, puppet body like the PA wouldn't be able to get alone.

I can think of several reasons as to why Hamas are pretty much the perfect opponent for Israel.