I can't wait for this to arrive so I can watch it and be disappointed and stop anticipating it.

Mr. Tea said:
I only hope Nic Cage doesn't fuck it up with his trademark overacting.
Click to expand...

Isn't his overacting precisely the appeal of him?

version said:
Isn't his overacting precisely the appeal of him?
Click to expand...

Hmm, well it could work. HPL was nothing if not an over-writer, I guess.

Gou Tanabe's mountains of madness manga is one of the best Lovecraft adaptations Ive ever seen, in any medium. 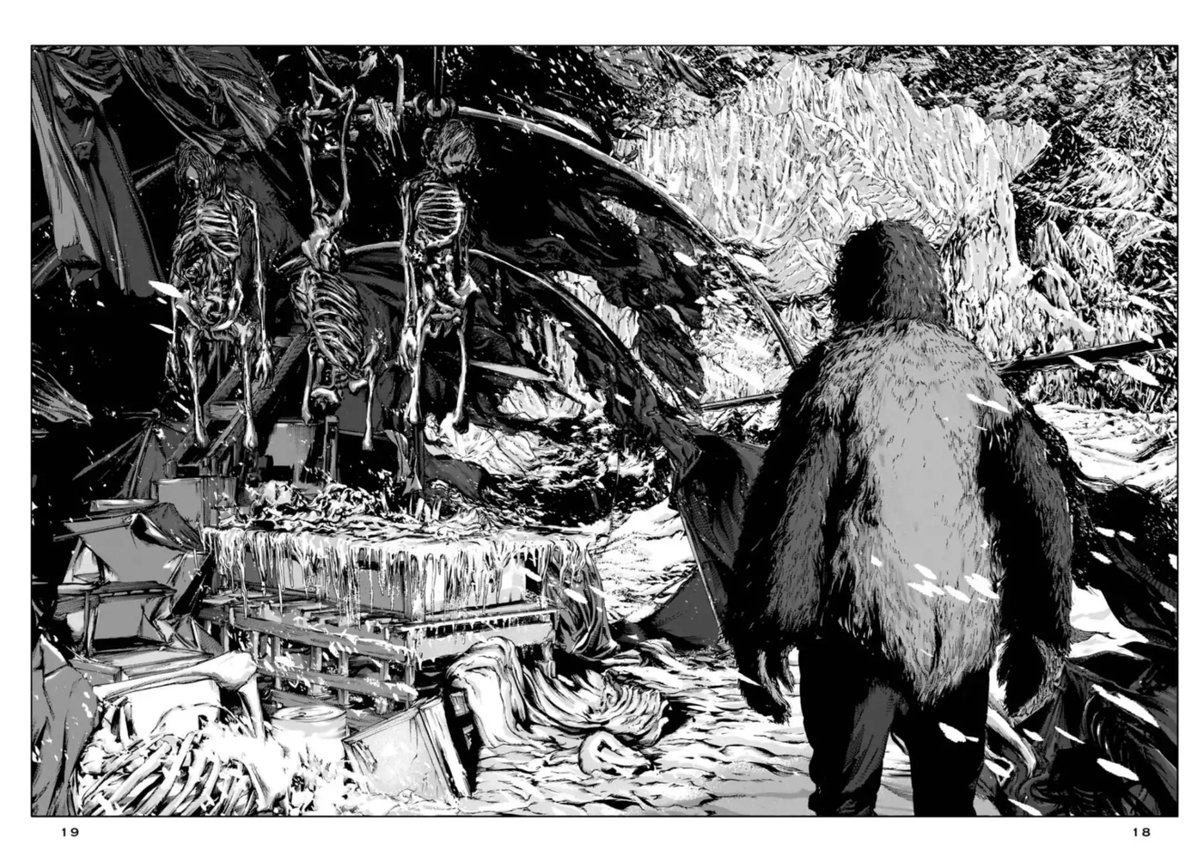 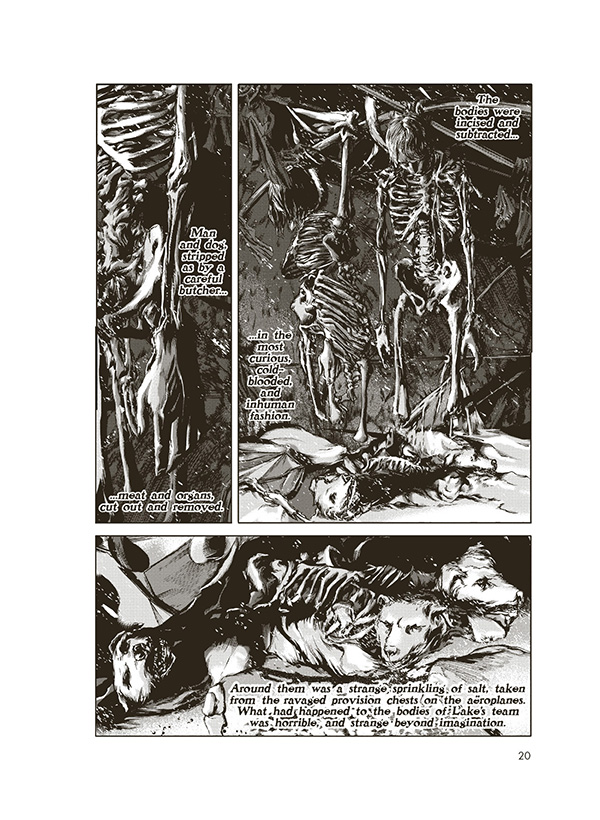 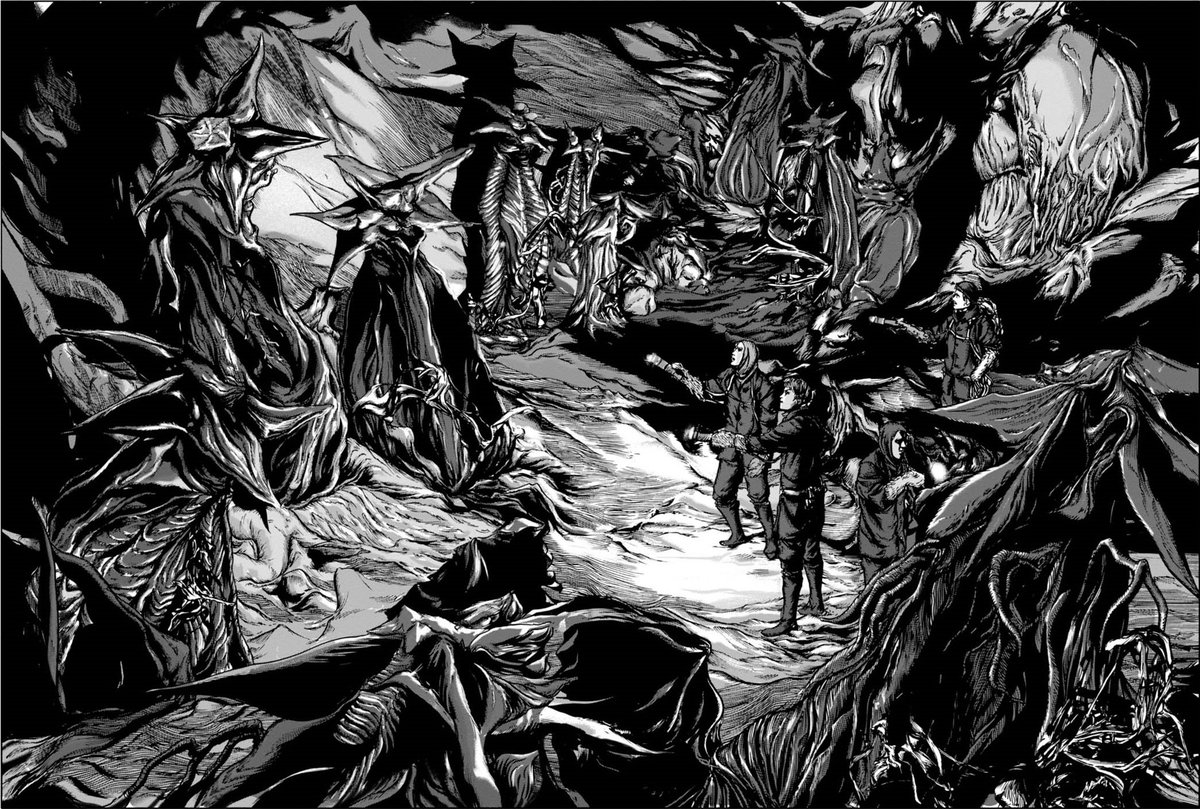 I like the look of that. I don't really know anything about manga, but recently stumbled across some druggy one called Ultra Heaven that looks intriguing. Nothing to do with Lovecraft, but seems cool. Apparently the guy did something called Spinoza where the title's the only word in it.

Speaking of manga, I'd love to see Junji Ito do a Lovecraft adaptation - the HPL influence is all over his work but I don't think he's ever done a straight-up manga version of one of the original stories.

There's a new radio adaptation of 'The Whisperer In Darkness', btw. From the same team that did 'The Case of Charles Dexter Ward' earlier this year, and it actually continues the story, with the same setting of modern Britain rather than 20s-30s America. I'm a few episodes in, pretty good so far.

There's an ito adaptation of Frankenstein - its OK.

I think he'd be good for a Lovecraft short, but not for anything grander.

The boy loved the CDW podcast, thanks for the tip.

version said:
I like the look of that. I don't really know anything about manga, but recently stumbled across some druggy one called Ultra Heaven that looks intriguing. Nothing to do with Lovecraft, but seems cool. Apparently the guy did something called Spinoza where the title's the only word in it.

Keiichi Koike is an interesting character. Kind of a psychedelic Katsuhiro Otomo. Recommended.

Is this a real film?

IdleRich said:
Is this a real film?

The color out of space has leaked. Im downloading now.
S

droid said:
The color out of space has leaked..
Click to expand...

That fragment that remained behind, in the well at the old Gardner place...

I find it a bit odd that while The Andromeda Strain is (to me) fairly obviously influenced by this story, the evidence of a quick google suggests that this idea has occurred to surprisingly few other people.

If Lovecraft had ever said to someone "Add me on Facebook": 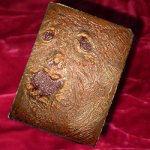 I think that's the special edition of Evil Dead. My brother has all three and they come in these weird, rubbery flesh books.

SpectreVision is releasing Richard Stanley‘s Color Out of Space in theaters this weekend, and as we recently learned, it’s not the only H.P. Lovecraft tale that SpectreVision and Stanley are looking to bring to the screen in the near future. In fact, they’re looking to build out an entire “Lovecraft universe” of films, and next up will be Stanley’s take on The Dunwich Horror.

Speaking with Rue Morgue ahead of the release of the Nicolas Cage-starring Color Out of Space, Stanley noted just last week that filming on The Dunwich Horror will “hopefully” begin later this year. Furthermore, he confirms that each of his planned Lovecraft adaptations will exist within the same world that kicks off with this year’s Color Out of Space.

“I’m pleased to say that SpectreVision has basically greenlit two more Lovecraft adaptations, and I’m currently prepping my new adaptation of The Dunwich Horror,” he told the site. “It will be set in the same milieu as Color Out of Space, in a near-future, disaster-struck Arkham County. Hopefully, we’ll be able to get that before the cameras this winter.”

Stanley added, “With Dunwich Horror, we’ll go on campus and get back to Miskatonic University for the first time since Re-Animator. We’ll also get to deal with the Necronomicon, the black book at the core of the mythos. So I’m very much looking forward to getting my hands on this.”
Click to expand...

I jotted down a few thoughts on the new 'Colo(u)r out of Space' adaptation, in case anyone's interested: https://dointhelambethwarp.wordpres...notes-on-richard-stanleys-color-out-of-space/

I can confirm that the Gou Tanabe Lovecraft manga is outstandingly good. Postscript from the first volume: 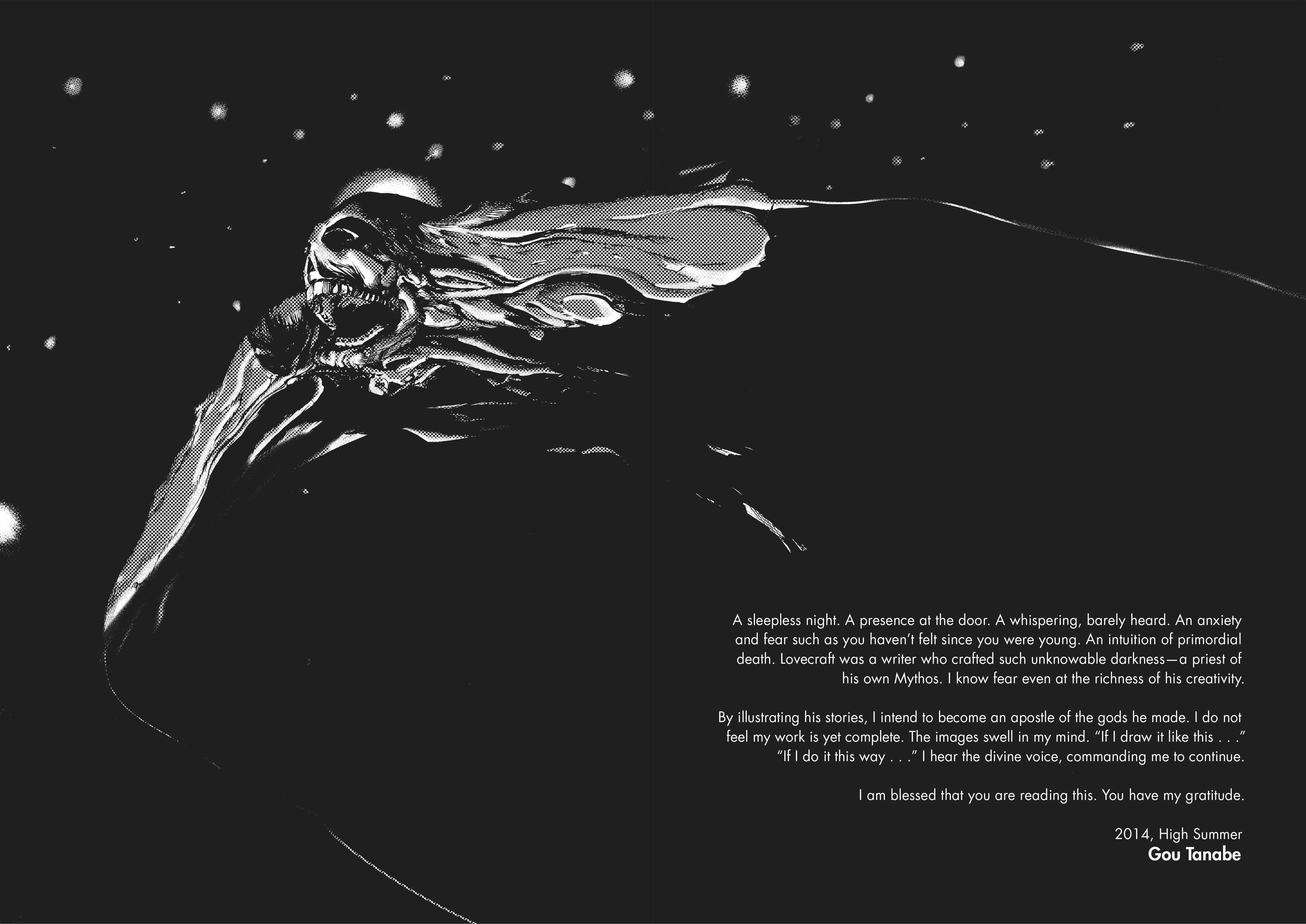 And here's a handy list of all the HP manga adaptations.