Is there anything that game doesn't do?

“Imagination called up the shocking form of fabulous Yog-Sothoth—only a congeries of iridescent globes, yet stupendous in its malign suggestiveness.”

Over the office desk, trousers round your ankles. Then the floor opens up to a porthole into the otherworld and you fall for eternity into a galactic sized Sarlacc Pit.

This is why we have friends, to sow bleak but funny horrors.

I've just been contacted by a spokesentity for Yog-Sothoth, who would to make very clear that It has no association whatsoever with Priti Patel.

Anyone on here seen Color Out of Space?

Plus points included: Nicolas Cage going mad for good reason, the lurid pink, the glimpse of the inhuman multiverse, the disgusting 2-person hybrid monster, the soundtrack, tommy chong creepily intoning "it's just a colour but it burns"...

You can see why Cthulu is the Lovecraft mascot figure but at the same time he(?)'s one of the least frightening aspects of his stories. A giant octopus headed thing with bat wings. The wings in particular as so ridiculous.

Yeah it was alright. Bit of entertaining silliness. Tea wrote a long essay on it.

Mr. Tea said:
I jotted down a few thoughts on the new 'Colo(u)r out of Space' adaptation, in case anyone's interested: https://dointhelambethwarp.wordpres...notes-on-richard-stanleys-color-out-of-space/
Click to expand...

Oh I see you've already talked about this a bit

Corpsey said:
You can see why Cthulu is the Lovecraft mascot figure but at the same time he(?)'s one of the least frightening aspects of his stories. A giant octopus headed thing with bat wings. The wings in particular as so ridiculous.
Click to expand...

Yeah, he's not scary at all. The aspect of that story that's actually scary is the worldwide network of ancient cults, always there, always ready and waiting for the time when the stars are right again. I think that idea is more relevant today than ever, given the prevalence of conspiracy theories centred on subhuman or inhuman elites and their occult predilections. (And the fact that they're elites, rather than "primitive degenerates" etc., makes it even scarier than what HPL imagined.)

I don't really find the cult thing scary either, it's the unnameable, unfathomable things that don't give a fuck about us. (I know this is Lovecraft appreciation 101.)

Actually, tbf to Lovecraft it might be that Cthulu isn't actually an octopus headed bat thing, that's just what its followers interpret it as being. He has descriptions like that doesn't he? Where he says that language fails to describe this horrible thing it can only be compared to certain animals.

OK, well 'scary' is probably the wrong word - I've never found a written story scary as such, in the way that a good horror film is - but effective, let's say. Though that's not to say that written stories can't be creepy or unsettling - Ligotti is really much better at this than Lovecraft, although The Colour Out Of Space is certainly very, very creepy.

Speaking of the film, yeah, it certainly looks and sounds good (or rather, horrible, which of course is the point), and you've got Nic Cage going full Nic Cage in the way that only he can, but it's badly let down by the stupid decision to make the daughter some sort of wiccan occultist, which is completely contrary to the spirit of the story. And her copy of the Necronomicon looks like it came from Amazon and has a front cover that might be the logo of a band that was Marilyn Manson's support act in 1998! I mean, FFS, there are supposed to be about four copies in existence, all of them centuries old and written in mediaeval Latin, roughly the size and mass of a tombstone and bound in human skin. Come on, this basic stuff!
V

Stanley's done a couple of interesting looking documentaries as well as Hardware, Dust Devil and the Lovecraft adaptation. He's got one about Otto Rahn, an SS officer on a grail quest, whom I stumbled across researching Gravity's Rainbow and another about mysticism and a "Zone" somewhere in the south of France. One for the Zone discussion in the Tarkovsky thread. 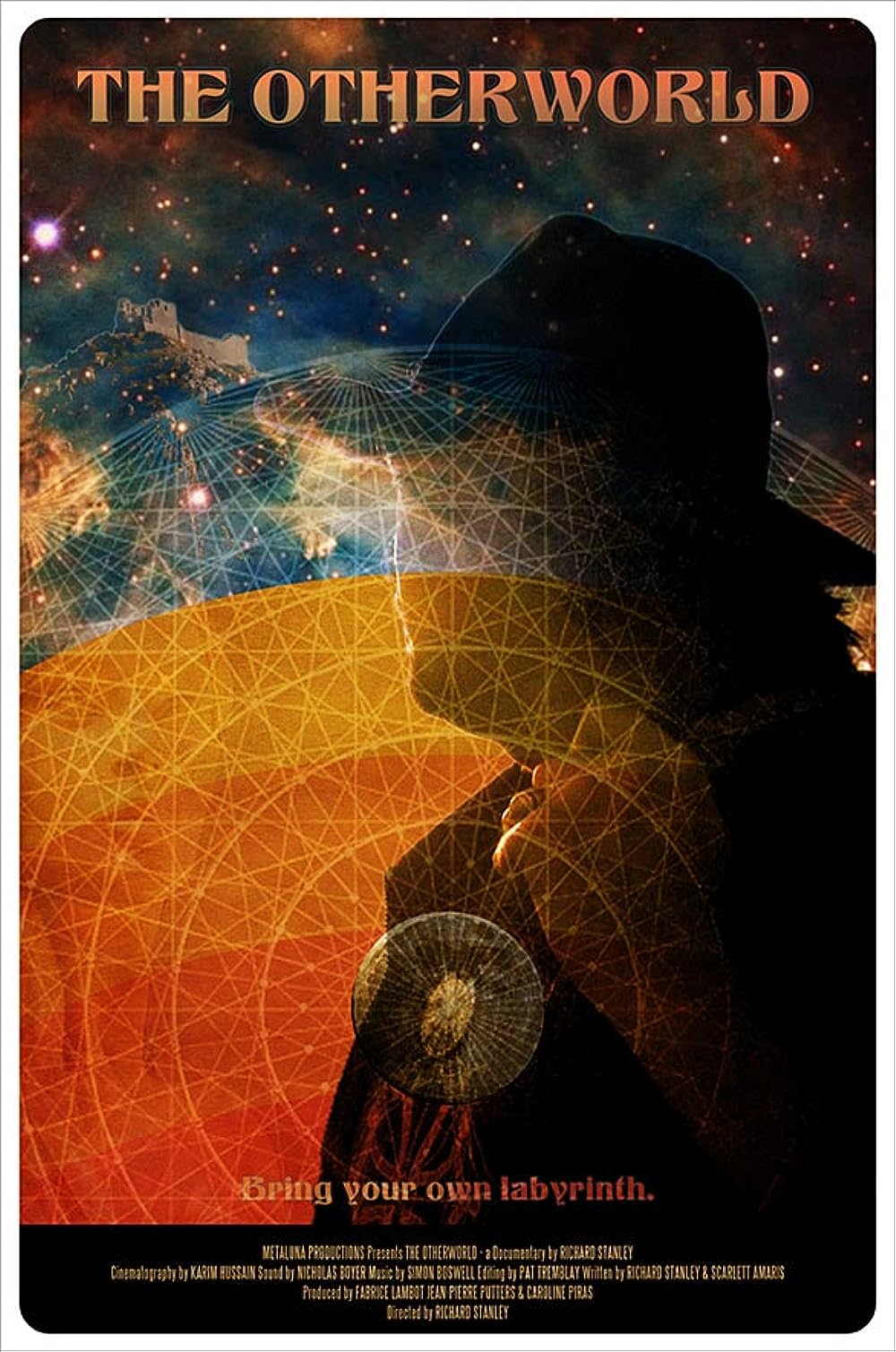 The Other World: Directed by Richard Stanley. With Richard Stanley, Scarlett Amaris. Hidden deep in the south of France, practically untouched by the modern age, is a place known by many as 'the Zone'. In this space, the supernatural is an everyday reality of life. Magic is everywhere. It is... 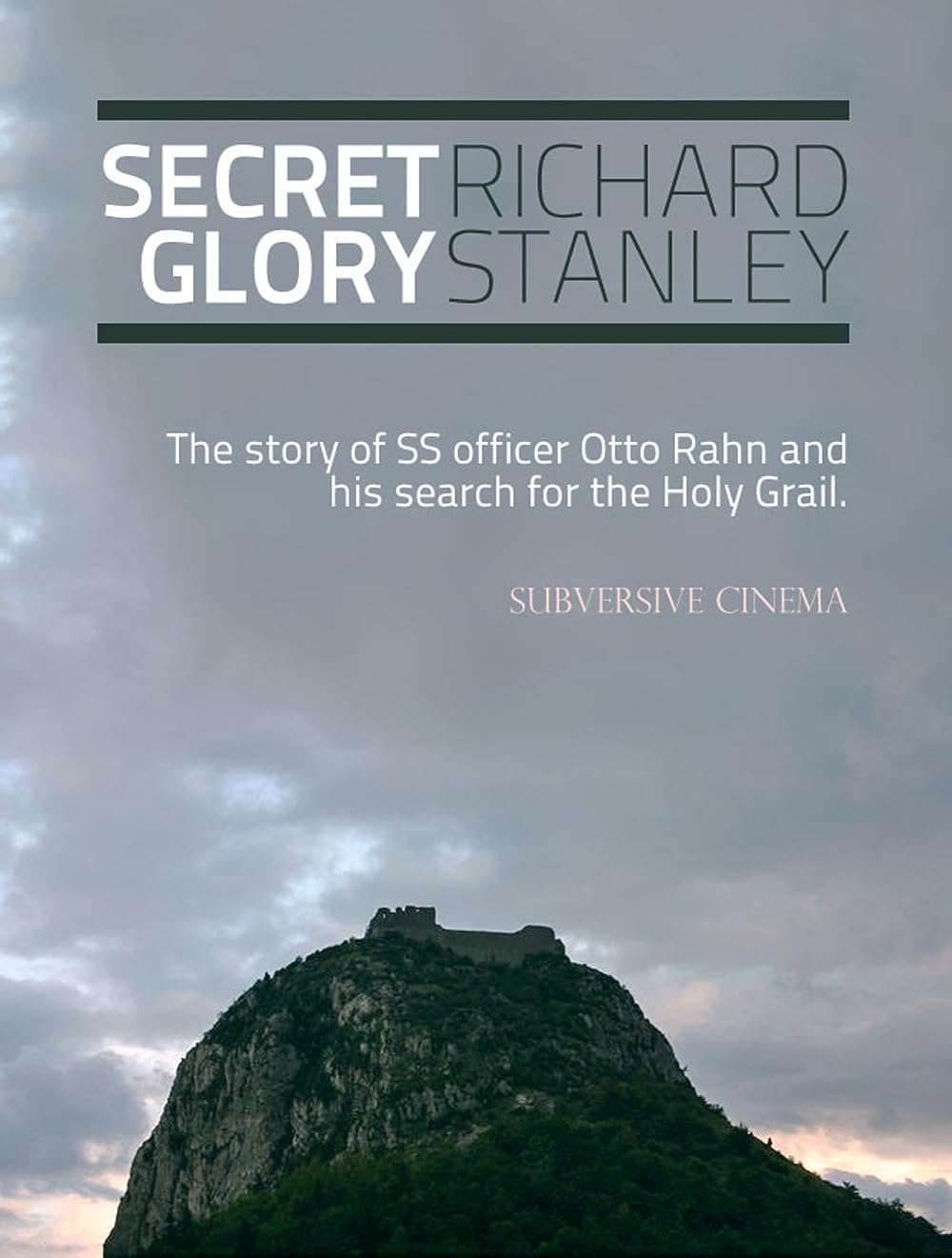 The Secret Glory: Directed by Richard Stanley. With Heinrich Himmler, Paul A. Ladame, Hans-Jürgen Lange, Otto Rahn. The story of SS officer Otto Rahn and his search for the Holy Grail.

The theories by netizens range from a “covered-up” Area 51, to an island from “Lost,” to even a portal to another universe.

@Corpsey @Mr. Tea reading back through what you two said about lovecraft and cthulhu not being scary i'm reminded that a friend of mine she said how the big underpinning behind every Lovecraft story is the fear that you are not at the center of the universe, that beyond the stars is some great unknowable literal "alien" being or celestial force that's greater than you in a way that you can't possibly fathom and that you're but a mere spec in the face of them.

For the people who made up much of the ethnic and class groups that he loathed even after he tempered them over time they're consistently reminded that they are not at the center of the universe in many direct and indirect ways that leave them open to cruetly and mistreatment aswell as being blocked out of many structures or assistances that can give them some semblence of protection so this great twist is like "ok what else is new?"