i suppose all cities have these weird anomalyous places. this spot cardigan square is in the middle of these council estates tucked in between oval and the embankment. i was just cycling home in a random manner, trying to get lost and stumbled upon it. very ghostly/empty. its almost too perfect. (estate agents get busy innit...)
M

Thats about five mins from where I am. I think quite a few MPs live there as its within the sound of the division bell.

st dunstans between monument and tower hill. a church with no roof and a garden inside.

luka said:
st dunstans between monument and tower hill. a church with no roof and a garden inside.
Click to expand...

yes, was in there about four weeks ago, stopped off on my way to bunhill fields to have a wander round the dissenter's cemetary

if someone could tell me how to actually embed images in a reply i'd post a picture or two of st dunstan's. unfortunately every time i try to attach an image it tells me it is too large
D

Make sure the image is no wider than 6-700 pixels and you should be ok - and of course they have to be Jpegs/Gifs...

what a sappy girl thread

luka said:
what a sappy girl thread
Click to expand...

The culture wars have coarsened you.

Tresco on the Scilly Isles. 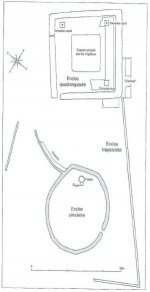 The origins of this site lie with a critical battle circa 260 BC. It set the Ambiani against Armorican peoples who, according to Jean-Louis Brunaux, aimed to control the whole English Channel coast as well as its hinterland. The Somme and the Seine valleys were the two major communication lines towards the Channel and beyond, towards Brittany and the North Sea. It is thanks to the coins retrieved there that the protagonists have been identified. The number of dead quantified by a forensic scientist and estimated at between 500 and 700 suggests that at least 5000 warriors were engaged in the battle. The weaponry and the adornments that were recovered suggest that we have here elite warriors in full military regalia. The eventual victors, the Belgae, gave the battle field a ritual treatment, hence the erection of a trophy to thank the gods and honour and glorify the victors. Their armed warriors were exposed headless, standing upright close together on 4 or 5 rows, somewhat like an army corps on a mound. This exposure was aimed at leaving the bodies prey to the vultures and other scavenging birds who took the warriors' souls to heaven as they did in the Persian world. When the exposed bones had turned white and the weapons had oxydized, the enclosure was destroyed and the bones and weapons were thrown in the foundation ditch of the rounded precinct reopened for that purpose. The sacred site at Ribemont-sur-Ancre thus operated as a sanctuary, a trophy and a memorial. It retained this role under the Principate and was abandoned in the 4th century AD.
Click to expand...

craner said:
Tresco on the Scilly Isles.
Click to expand...

Strabo on the Scillies 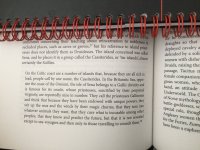