where are the merlis, kinskis, delons and all that brilliant/mad stream of actors and films? they have disappeared along with everything else into a timid, safe shadow of itself. rip europe.

I watched Caltiki - The Immortal Monster - an effective old school monster movie (a rip-off of The Blob I guess) with some enjoyably nasty special effects. As good as can be expected, but probably for hardcore Bava fans only. (Arrow are treating us very well indeed, with Erik the Conqueror and Kill, Baby, Kill! both scheduled for release on blu-ray. Planet of the Vampires and Hercules in the Haunted World only a matter of time now, surely.)

I also recommend 88's blu-ray versions of Amuck and The Cynic, the Rat and the Fist, essential Euro-schlock gear.

This is a very bad, but very entertaining, made-for-TV film from the fag end of Fernando di Leo's career (1985). Has a really catchy synth score.

Following yesterday’s news of the sad but possibly not untimely death of Umberto Lenzi, I decided to watch his 1965 Eurospy junket/film Superseven Calling Cairo. Eagle-eyed fans of the Eurocult film thread may recall my deep discourse on the Lenzi film preceding this, 008: Operation Extermination. But don’t get excited, this one has none of the vim, spice or unhinged delirium of that entry. Perhaps it has one edge on it, though: the ‘Bond’ ('Superseven', like 007 yet super) is uniquely repellent. Roger Browne is like Roger Moore spawned from a lizard, exceeding both the misogynistic brutality and the unctuous smarm of Bond without any of the camp quips. In fact, the opening smirk he oozes after despatching a post-coital blonde assassin is more revolting than anything displayed by his horrendous British model. However, this piece of shit flick has one more, and very extreme, redeeming feature: Rosalba Neri.

A word about Rosalba. She is probably my favourite actress. This is a ridiculous thing to say, because I don’t really rate any of her films, which all rot in the lower-echelons of Euro-trash. Her appearances are usually brief, ranging from bit parts to supporting roles, with some very rare top billings. But she was invariably a presence of almost supernatural screen charisma: a slippage between Sphinx-like inscrutability (check the visage) and raw physical sexuality (not one of the top Euro-starlets, including Edwige Fenech or Barbara Bouchet, ever looked like they were as invested in their roles, or enjoying them as much, as Rosalba). There was her very early, slightly secretive, vicious little cameo in the Bava-lensed peplum Esther and the King. Her explosive entry as an Exploitation phenomenon in Ottavio Alessi’s unrepeatable minor classic Top Sensation and Jess Franco’s half-intelligent, half-despicable proto-WIP absurdity 99 Women. There was her strange and noble redemption of Fernando de Leo’s horrible, knuckleheaded Slaughter Hotel and her furious exotic, erotic rip through the appalling sub-giallo French Sex Murders which left the rest of the movie for dead. There was her intelligent and melancholy control of the otherwise unfathomably stupid Lady Frankenstein (in which she went toe-to-toe with Joseph Cotton). Her sultry, scabrous and decadent turn in Silvio Amadio’s startling giallo Amuck. Every one of these films she raised from their various pits of despond and somehow illuminated, making them not just watchable but almost essential. What does she do here, opposite the slimy, psychologically toxic Superseven? Hardly anything, but she never really needs to. I would literally watch anything in which she appears.

Apart from that enormous fact, what is left to say about this film? Not a lot. There are more gripping shots of old Cairo, the old Middle East, which cast a very sad and melancholy hue all these horrendous decades later, but are somehow also inspiring and uplifting to see. The music is not what I hoped for, rather desultory and lame and not the fruity 60s Italian balladry I was expecting from the Upperseven Bruno Nicolai soundtrack from the fantastic 1999 compilation Our Man from R.O.M.E (sadly from a separate film I have yet to find).

These days, obviously, you can’t just walk up to a girl wearing a patterned print skirt in an Egyptian city and enquire, “Excuse me, but just what kind of sunglasses do you suggest I wear for seeing Cairo by night?” like Superseven does. And, in lots of ways, even if he is a rotten little pseudo-spy bastard, that doesn’t necessarily seem like progress to me.

Should you watch this crap? Yes, obviously. There’s a sort of magic, there, which even Mike Meyers couldn’t really ruin or even touch.

Actually just found the film, too. Will report back next week.

The Lure
It's a Polish mermaid horror musical you'll be surprised to find you watch until the end.
L

I'm going to start a whole new series on Italian films, from Hercules and Ossessione through to Cannibal Ferox and The Garden of Finzi Contini. It will get me back into writing and you will all love it.
L

RIP Stelvio Cipriani, one of the great Italian soundtrack composers. This from the wonderful giallo Death Walks on High Heels.

Corpsey's Avatar Corpsey Corpsey is online now
i corpse therefore i am
Join Date
Apr 2008
Posts
6,747
Default Craner's Top 100
It's what the people are waiting for.

1. His taste is impeccable, but also idiosyncratic, especially on this forum, and I'm genuinely curious as to what would qualify.
2. He always writes good stuff to accompany his COTD selections.

I would suggest a maximum one selection per day, with accompanying mini (or not) essay.

One choon per artist, so it isn't just 50 killah priest b-sides.
rap'n'bullshit

The trap is set. 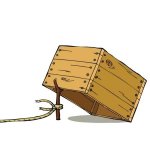 What Have You Done To Solange? - Has what a giallo should have. Murder mystery. Sex cults. Plot twists.
The Cat o Nine Tails - Early Argento. Maybe a little tame but sleek and suspenseful. Epic car chase. Heavy on the whodunnit.

You're most likely to have seen them already though.