think I mentioned this one in the other thread.

Who wants to kill Jessie 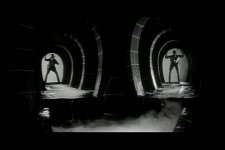 Tomorrow I'll Wake Up and Scald Myself with Tea 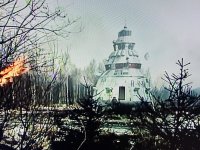 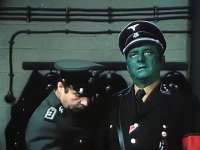 "What the shit were you trying to do? Be a hero?"


A balls-out, fully unrepentant excercise in violent, cartoon machismo. My take on cinema is that it reduces to three base elemants: sex, violence, velocity. You could say that this film amps up the violence and velocity at the expense of sex: but then you'd ignore the heavy homoerotic undertones swilling around this film, though it's hard to tell if they're actually intentional. (Noting the character of these guys, I suspect not. I remember hearing a story from a man who once met Ruggero Deodato and questioned him on the seemingly unquestionable homoeroticism of his sole polizia Live Like a Cop, Die Like a Man; Deodato shot back a look of hostile incomprehesion and replied, "are you on drugs?")

As per your usual polizia (although this is more of a Death Wish style revenge-binge than a strit polizia) Italy is broken down, rotten with grim, grainy violence, vice, and social decay, set around urban slums as bleak and barren and Spaghetti Western towns and deserts. A world away from the consumer decadence and international jet-setting of the giallo and sexploitation flicks.

Franco does his best here and is amazing: a cartoon sketch of a humiliated and raging uber male (as usualy, it helps that he dubs himself with his fine and funny Italo-English). He visits his lawyer, to loudly exclaim his vigilante passion, and when his lawyer councels restraint for his own safety, he barks back: "you should be proud of my fight! My anger!" Confronting Marlboro chain-smoking, J&B swigging, granny-mugging young punks, debonair student robbers, and hardneed Milano mafioso, he's breathless, desperate, and hoplessly out of his depth, raging constantly, "where the fuck are the police??" or "I have just started to shout!!"or "I'm going to keel them! I swear!" or, simply, "I keel you!!" Or to his lovely girlfriend, Barbara Bach, "how many cowards are people with sense?" It's all about male self-respect. Yes, righteous. Hit your girl and go and swat some baddies. Kicking soundtrack, courtesy of Guido and Maurizio de Angelis: "driving all around, looking for the one..."

It's a ludirous, hearthbreaking, unfettered performance that perfectly suits Castellari's bombastic, bullshit direction, pumping everything with maximum power, volume, sadism. Franco is never as physically punished in any film as he is here, not even in Django. At one point he's just be busted from a near-death basement dungeon and finds himself bullfighting a Mercedes driven by a psychopath - Hemingway shit! Of course, he wins, but half his body is falling off, his heartrate going haywire. He survives, and his robber-buddy (lover!) ... takes him to "the girls" to fix him up, i.e. deck him out in a David Hasselhoff circa Knightrider leather jacket.

That kind of film. Sorry, can't be bothered to finish this review properly. Too drunk.

Thirteen years later I wrote this phenomenal piece about the politics of the poliziotteschi:

Mario Imperoli’s 1976 film Like Rabid Dogs opens with a brutal armed robbery that takes place in the bowels of Rome’s Stadio Olimpico in the middle of a football match. The footage used to frame th…

Arrow have a sale on until the 31st and Indicator are apparently having one tomorrow. I'm looking through the Arrow one now and they're knocking some things down from £25 to £5.
C

Do you want some tips?

OK, keep your hair on!
C

What a psycho.
C

I was just offering to help.

I'm not looking for Eurocult stuff, I'm looking at some of their others. I just thought you (and anyone else who still buys films) might want to know about the sale.
C

That’s so sweet of you!
C

To be honest, I buy all the Italian stuff almost as soon as it comes out.

craner said:
To be honest, I buy all the Italian stuff almost as soon as it comes out.
Click to expand...

Get all the Bavas, Argentos, Fulcis, Bazzonis, Fredas and spaghetti westerns. There, I said it.
C

The Indicator Dietrich/Von Sternberg box set is a thing of great beauty, so snap it up if it's on discount.

Don't get any of that Italian shit. Buy a bottle of J&B whisky and a packet of fags and get wankered
C

Well I hate pants, but sometimes you have to wear them.
C

luka said:
Don't get any of that Italian shit. Buy a bottle of J&B whisky and a packet of fags and get wankered
Click to expand...

There's a bottle of J&B whiskey in every single Italian b-movie ever made.

Drink it version. Prove your a man.
C