Thomas Pynchon - Against the Day

Staff member
Ha, I used to worship the shit out of Terry Pratchett when I was about 13. Poor fucker's got Alzheimer's now

The Qwghlm archipelago in Cryptonomicon could be straight out Discworld, it has to be said.
T

Worth re-reading, some of those early Pratchett novels I reckon - there's plenty of good stuff I missed as a teenager.
D

Against the Day is the first Pynchon book I've ever read and I loved it.

Sure it felt like a bit of a chore every now but then he'd hit you with a passage so beautiful it breaks your heart, or with some awesome science fiction concept, or he'd slip in a joke when you least expect it etc etc.

I took all his wacky names etc as part of his showing off his skill as a writer, eg. "yeah I can give all these guys dumb names but it's not gonna detract from the quality of my writing." I guess it is kinda post-modern too in that he makes you aware of the artificiality of the form etc, which isn't a bad thing, but there's nothing post-modern about writing phenomenally well (IMO) and over-flowing with brilliant ideas.

I guess I loved this book too because it reflects a lot of the things I'm interested too. The Colorado stuff seems to be an extension of the themes touched on in Deadwood about the rise of American Capitalism (I'm thinking in particular of that episode "Amalgamation and Capital") and its agents the menacing Pinkertons: I never realised that Private Investigators were originally intended to sniff out unionists and often assassinate them. It also touches on those that the show did not such as US working class attepts at resistance to the bosses etc: those "anarchists".

Perhaps the clincher for me book is also chock full of amazing SF/Fantasy/Steampunk ideas, monsters, machines, other worlds and the occasional derring-do which is just nuts to me having read so much SF/Fantasy etc.

It is kinda hard going. It took me ages to read too. But if you stick with it it starts to make sense and every chapter has at least one or two bits that made me at least go "wow." And it's not hard work because of the prose, which is actually quite straight forward, but mainly because he just packs so much in.

In comparison I recently read Gibson and Sterling's The Difference Engine which is written in a far more straight forward manner and touches on some similar or contiguous themes. It was a great read and I recommend it, but I just didn't come away as satisfied or amazed as I did finishing Against the Day.

I had a magic moment with 'Against the day' last night, it was a brilliant spell of 10 pages or so.

At least 4 different bits of what I considered to be stunning prose and even his habit of jump cutting and introducing even more characters seemed to work and not go against the flow.

Like the guy above says, there's a section about 200 pages in where it gets very much like 'deadwood' , or maybe something like 'there will be blood'. Even made me think of that Clint Eastwood film, where he paints the town red and renames it hell. Sam Peckinpahs brutal vision of the West, on paper.

Afterwards, my head was buzzing, like I'd smoked a spliff.

Here's one of the highlights:

"There was also a telephone instrument mounted on the wall, pretty constantly in use. But one day it rang while Reef happened to be right next to it, and he knew it was for him, and that it was bad news.

This was part of the strangeness of telephones in those early days, before the traffic became quite such a routine affair. As if overdesigned to include all sorts of extra features like precognitive alarms."

It reminds me of ithell colquhoun talking about electricity in 'The Living Stones' :

"I also toyed with the idea of installing electricity, but Vow cave was 'four poles' away from the nearest house, and the cos was prohibitive.

Since then I have sometimes wondered whether this absence of electric current was not a blessing in disguise: does not a dwelling without it breathe more freely? Some of the tension of modern life is due, I think, to the fact that people surround themselves day and night with the pulsations of electricity in one form or another, and these tend to disturb the subtle body."

From here to luke talking about the 5G towers....


luka said:
When they built the 5G towers on my roof things got a lot worse. I started having bad headaches and I couldn't sleep etc. Felt like I was under constant psychic attack.
Click to expand...

It also made me wonder whether the uptick of interest in psychedelics is perhaps a way to commune with spirits, cos our tech has got rid of a lot of previous means and we need that component?

Staff member
Do you mind telling me what page? I'll look it up
C

That particular quote is page 206 in the edition I've got, it's the jonathan Cape hardback, 2006. The few pages immediately after that are well worth a read, I was gonna post some more from them in a bit.

The other paragraph i really liked was this one from page 208:

“The brothers traveled as far as Mortalidad, the stop nearest Jeshimon, then, because of who might or might not be looking, they said goodbye with little more than the nod you give somebody who’s just lit your cigar for you. No gazing back out the window, no forehead creased with solemn thoughts, no out with the pocket flask or sudden descent into sleep. Nothing that would belong to the observable world.”

I love that last line, it reminds me of Joyce’s ineluctable modality of the visible, although maybe thats a totally different thing.

But it just made me think about that idea of the power of leaving no trace, keeping something secret from visibility.

So hard nowadays to achieve this, with the nonstop recording of almost everything, the constant surveillance.

A different spin: it makes me think of the scene in Lost Highway - “I like to remember things my own way”


And how when you sometimes find something, you can actually lose it. Like when i “found” the sample source of this Dean Blunt tune from the Narcissist ii


In this Ashanti video


somehow it meant i was less into it afterwards. Why is that?

"People wonder why nothing is interesting, it's because they try to get a fucking answer to it, to everything," he replies. "There are things you can't articulate. There's that 'thing' in the world – music has it, every kind of art has it. And people talking about it can destroy it." 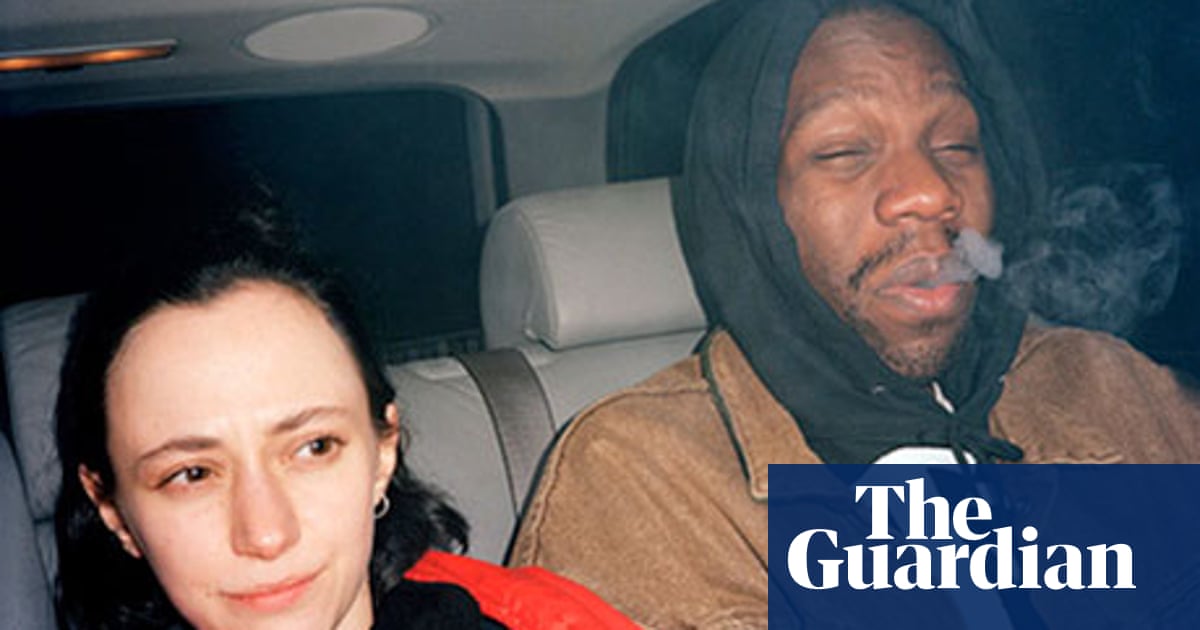 Hype Williams: do they ever speak the truth?

They sold music buried in apples; they've stolen raccoons; they joined the Nation of Islam. The experimental pop duo has made so many claims that nobody knows what to believe. Can our writer get to the bottom of it?

It all feels quite straightforward so far, the various characters and their relationships are a bit confusing, but nothing overwhelming.

It seems very well thought out and plotted to me. A big map. Wide rather than deep.

And not very chaotic or crazy at all really.

It's different to gravity's rainbow in that respect, more about epic sweep and people in different places at the same time, rather than about a load of mad stuff happening.

Staff member
Not got into the heavy maths and time travel bits yet?
C