Marks never imagine they are being conned, until they do. That's why they're marks.

Yeah I guess. It just seems that the Trump scams are getting increasingly blatant/desperate - does that show an awareness that the time of their effectiveness may be finally drawing to a close?

@IdleRich It's all "allegedly" and "reportedly", of course.

Worth noting that this is the group who stitched up Madison Cawthorn so it is an inside job, if it's true

She's denying this and threatening to sue... let's see if that materialises...

wild greens said:
Worth noting that this is the group who stitched up Madison Cawthorn so it is an inside job, if it's true
Click to expand...

GOP-on-GOP fighting is fun to watch, they're much better in their negative messaging than the Dems.

Leo said:
GOP-on-GOP fighting is fun to watch, they're much better in their negative messaging than the Dems.
Click to expand...

I'm sure loads of them are horrified with the direction the party's taken but are too scared of the rabid 'base' to say anything publicly.

They're saying that the person who exposed Boebert is afraid for her life. Boebert's family have told her it's a small town and everyone will hate her for it and she has said that she is worried that cos the mayor or sheriff or something is basically in Boebert's pocket the police won't respond if she makes a 911 call.

I should be above finding this funny, but I'm really not. 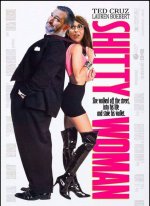 I thought all the Boebert stuff was possibly faked? Hard to keep up, but I've not seen any hard evidence yet.

“In a recent phone interview, Trump took credit for DeSantis’s victory, saying, ‘If I didn’t endorse him, he wouldn’t have won.’ … Trump told me that he was ‘very close to making a decision’ about whether to run. ‘I don’t know if Ron is running, and I don’t ask him,’ he said. ‘It’s his prerogative. I think I would win.’ … A consultant who has worked for several Republican candidates said that the former President had talked with confidants about ways to stop DeSantis: ‘Trump World is working overtime to find ways to burn DeSantis down. They really hate him.’”
Click to expand...

Have you seen the stuff from the Texas GOP convention last night? They all watched 2,000 Mules and were so blown away by the video made by a convicted felon in favour of the guy who pardoned him - yep the same video that has long been debunked and which had Bill Barr literally laughing - that they voted to pass the resolution

"We reject the certified results of the 2020 Presidential election, and we hold that acting President Joseph Robinette Biden Jr. was not legitimately elected by the people of the United States."
Click to expand...

Oh and also they have decided that

Homosexuality is “an abnormal lifestyle choice"
Click to expand...

Clinamenic said:
If something like this seems feasible, or if we at lobby3 manage to connect with them in some capacity, I'd be inclined to market such a nascent plan as a "bold new vision" for the grand old party, and hopefully it could supplant much of the existing right-wing nonsense that presently prevails. As for how to account for the left-wing, UBI may be an integral aspect to what we're building, and we may have new tools to better enable communities to manage capital - rather than capital being managed by the executive individual at one end, or a totalitarian state at the other.

Yang's platform may end up being quite the vehicle for a dialectical blitz of political overhaul, especially if it heralds the onset of a programmatic new age of self-sovereignty and community values.
Click to expand...

Leo said:
you should read it. it's essentially an authoritarian vision, dressed up in a "for the common man" veneer. liberal elites, the media, academia, and big tech are all in cahoots to maintain a society that benefits only them and disregards rural America, so the answer is to wreck the system replace it all with leaders who know better (who, btw, are referred to in other parts of the world as a strongman) and will somehow magically transform the lives of former factory workers and other left behind communities (although they never explain exactly how that would happen). I get the desire to help the segment of the population who have been left behind by progress, I'd love for that to happen. but these New Right people never actually say how they plan to do it (and please don't tell me blockchain will solve their problems).

it's not utopian. it's the desire to replace one structure and set of rulers with another structure and group of leaders. meet the new boss, same as the old boss.

yeah dark-enlightenment and associated, (as coopted by Thiel,) is basically reactionary politics dressed up in intellectual language and irony to make its implied authoritarianism more palpable. Yarvin and land are pretty much the big two that give the movement intellectual validation while still being "outside" relative to traditional academia. not sure if that makes sense. ironically, one of my favorite projects, urbit, was created by yarvin. I hate him, but the idea is fascinating. I will say that it is true that a good amount of crypto bros are proponents of and associated with some of the ideas floating around in that space. im thankful that vitalik and associated act as counterweights else i could pretty easily see crypto becoming explicitly a new right/dark enlightenment thing. But yeah, I think Thiel sees dark enlightenment as a way to give his right leaning political demands/network a more edgy and intellectual image.
Last edited: Jun 21, 2022

the problem for people like me, is that I actually sympathize with some of their critiques of the current order. but when you actually listen to how they want to go about fixing these problems you realize their vision for the world is even more dystopian than our current world.

toko said:
the problem for people like me, is that I actually sympathize with some of their critiques of the current order. but when you actually listen to how they want to go about fixing these problems you realize their vision for the world is even more dystopian than our current world.
Click to expand...

Well put, and I find myself in a similar position.
C

I think what happens is they try to do things in a "normal", left-approved way for a bit and realise it's very difficult and they'll have to get off their arses and do something mundane and they can't be bothered so they go darkside

toko said:
the problem for people like me, is that I actually sympathize with some of their critiques of the current order. but when you actually listen to how they want to go about fixing these problems you realize their vision for the world is even more dystopian than our current world.
Click to expand...