one of my favourite players ever

had my eye on Caleb Clarke for a while now. Was obvious he was going to be an All Black

Spoiled for choices across the back 3. Historically too - Christian Cullen the dream 15, John Kirwan (would make any all time team picks), the list is ridiculously good and metaphorically endless

Seen Louis Rees-Zammit? Not really filled out yet, but absolute gas.

All blacks lost to Argentia. They've been shaky in the Beauden Barrett era. 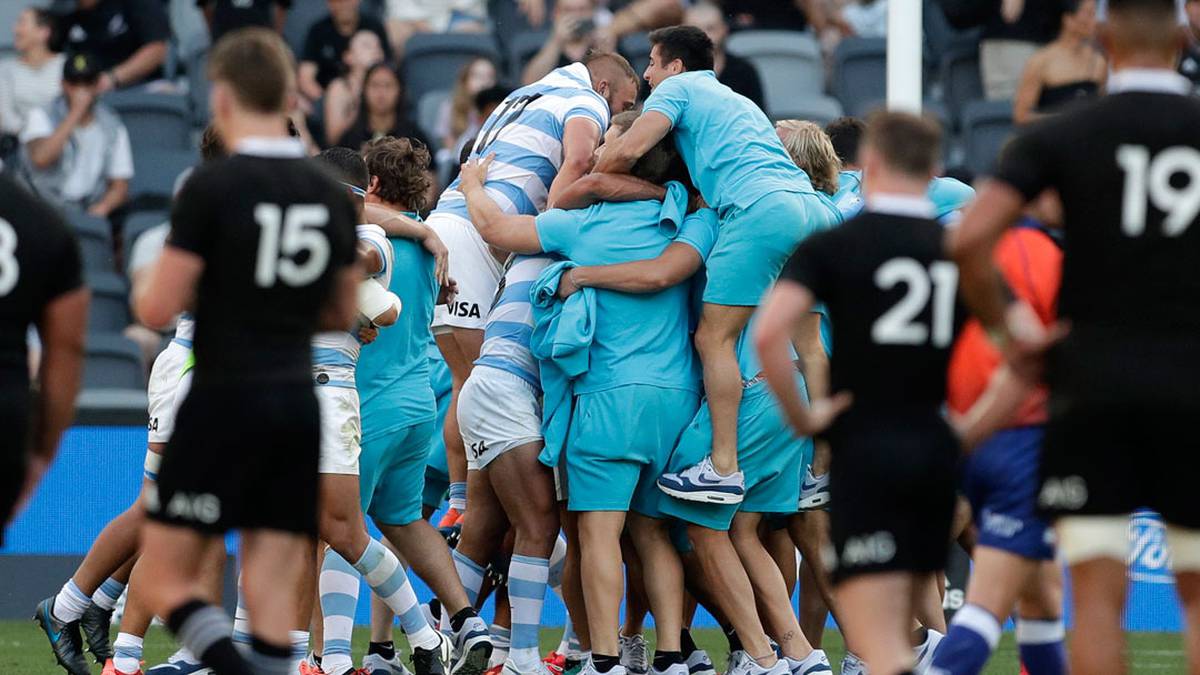 Live: Biggest upset ever! All Blacks shocked by Pumas; Foster feels the heat

Argentina have pulled off one of the greatest upsets in the history of test rugby.

Don't worry, Wales have lost to just about everyone this year.

Had a dozen texts from my Mum last night, pretty turgid game. Quite spicy too for handbags. Wales were never in it.

NZ lost to the Oz too recently. They don’t look like your typical All Blacks right now. Needs a yeti or two in the pack and the back lines continues to stutter.

It s a worry. Sometimes feel like rugby as a game is doomed.

Or maybe the centre of power will shift to countries which haven't been emasculated by feminism and cultural Marxism, sorry, wrong meeting

It helped having a pack of yetis to win the ball for him. Everyone here was willing on the Boks.

I don't know if he had many skills, but he looked the business.

If you're talking aesthetics, he was indispensable.
C

Sorry, I crashed into the conversation at a completely random angle.

We were talking about little scrum halves.

Ironic really because no-8’s are the link between your scrum half and the pack. If your no8 is gash, your scrum half is in for a rough ride (see G Davies against Ireland last weekend).

Faletau has been Mr Consistent there for northern hemisphere rugby, got v unlucky with busted arms in succession (think his first game back after the initial break, gutted). Rolls Royce of a player, footwork like a dream and tested K Read for the Lions not so long ago. If your 8 has feet like Faletau, you don’t need a crash ball Chabal because your tight-5 should be clearing/smashing rucks and your back row jackals and recycles.

The line ups here are unreal