I've been in the USA for a few weeks visiting my girlfriend, and have watched quite a bit of Fox News, having heard of it on websites like moveon.org and from writers like Al Franken, but never having seen it before. I think it's one of the channels tacked on the end of Sky Digital in the UK, but I don't have enough money for Sky, so apologies if the lunacy of this channel is well known back home already.

In the past two weeks, from a roster of several outrages, here are the choice few.

Business and current affairs anchor Neil Cavuto used his 'Common Sense' talking point segment to tell MS sufferers to 'shut up' and quit playing the victim, during a discussion on social security reform. With brutal irony he instructed people with a movement impairing condition to 'get over it and move on'.

Sean Hannity, the arch dick of Fox prime-time, began an interview with Ralf Nader by telling him that he'd decided he should be renamed 'Loser Ralf Nader', and in the spirit of informed debate, spent the rest of the section goading him with a bet of $1000 that he wouldn't poll 3%.

For the last two weeks Bill O'Reilly has been castigating John Kerry for not coming on his show, 'The O'Reilly Factor'. In the spirit of shit-slinging, he produced two shills to perform an 'almost' Kerry interview, and revealed that his first question for the Presidential hopeful would be about whether he regretted the rape of 5000 Kuwaiti women in 1991.

In fact, until I watched Fox, I never realised I cared this much.
L

stunning how quickly this roger ailes situation has progressed, from seemingly untouchable conservative media kingmaker to getting kicked out the door in a matter of two weeks. seems like a confluence of events, spurred by the lawsuit but clearly the murdoch sons (well, james anyway) were looking for an opportunity to wrestle control of fox news channel away from ailes (who was still reporting to rupert, not them).

while the network is still a cash cow, they probably foresee the network's aging/declining demographics (ave. viewer is white/68 years old) and know they need to make adjustments, which roger would fight. on screen talent might be driving part of it: o'reilly is almost 70 and says he may retire soon, while megyn kelly's contract is up at the end of the year and many see her as the less-looney future of the network

fox news will never become centrist, but i guess they don't think it can't continue with some of the hysterical far-right looniness that's on some of the programming. conspiracy theorists might even suspect the lawsuit was a well-orchestrated play to oust ailes.

Murdoch really doesn't have a moral bone in his body, does he? Whatever fills (and then overflows, and then bursts) the coffers goes.

My acquaintance with this story is almost exclusively through NPR's Fresh Air episode on it: http://www.npr.org/2016/07/26/487483534/the-rise-and-fall-of-fox-news-ceo-roger-ailes

Not to hijack this thread but I was just reading a few articles about the phone hacking scandal in 2013 (one of them being https://www.theguardian.com/commentisfree/2011/jul/13/deborah-orr-phone-hacking) and I wondered if all of that actually effected the Murdoch press in the UK at all? I don't read any Murdoch publications (knowingly) so I'm not sure if they're up to their old tricks, or if they're restricting themselves purely to expressing foul political opinions and ensuring Katie Hopkins doesn't starve in the street. (Bastards.)
L 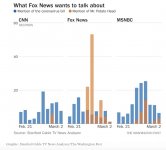