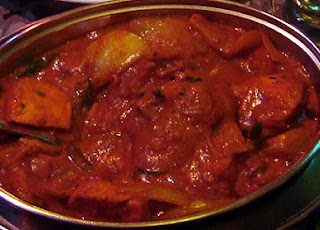 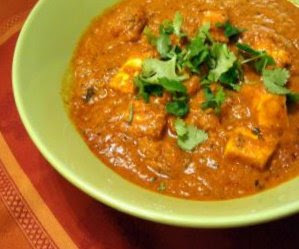 That would make such a great design for African-lady-fabric.
B

Anything that looks this much like manure has to taste great.

There seem to be a bunch of functions, some overlapping some not -

there is a thai place next to Jumbos Clown Room on Hollywood blvd. where thai bands sometimes play and the place becomes a huge party for thai youths. but that was an exception...

we used to sometimes venture to the "no whites" parts of LA (south of Pico) and go to the real Mexican restaurants where the food was great but didn't really feel much of an "ex pat community" but more just like Mexico itself: they just picked up and moved it to Cali. same for the Real Chinatown an hour East, or the Real Little India an hour South East. and that's the way it was in LA: if you want any authentic food you mostly had to drive away from the city centre...

in Berlin it would be SO easy to make a killing with any kind of decent authentic restaurant. there are a few exceptions but most "ethnic" food here is unbelievably bad. i had Nachos where the cheese was not even melted, but sitting on top of the tortilla chips like a cold piece of plastic. all the Chinese dives serve food drowned in this mucus like goo.

in Poland last week i had the most amazing fast food. place looked like a Polish MacDonalds but the Gulash was straight out someone's granma's kitchen. and it was like 2 euros. i looked around and the schnitzel and steak and other things looked real good too. not sure if that was just luck or if that chain is just good or if it's all like that in Poland...
You must log in or register to reply here.
Share:
Facebook Twitter Reddit Pinterest Tumblr WhatsApp Email Share Link
Top