Wired For War - absolutely essential reading for anyone interested in the way wars will be fought in 5, 10, 20 years.

and on the simultaneously laugh/cringe tip...
Lockheed demonstration ends with a crash

well, good to know we'll be replacing the Humvee with this. whose bright idea was it to let freakin' random journalists test drive the thing?

Nice one for the CTLab symposium link. (It's a great site, BTW). Was particularly impressed -- as ever -- with Kenneth Anderson:

...many of the posts - and a lot of Singer's book - talk about the dark sides of robots on the battlefield, whether in terms of autonomy or remote platforms, etc. From the military lawyer's standpoint, that is interesting, but only as a kind of counterculture to the main thing: Viz., whether or not you think the technology will work as intended (and utterly unlike landmines), the purpose here is target discrimination. One can talk about ways in which it reduces disincentives to killing, and how it increases the anxiety of the person fearing death from the sky, and so on. But the fundamental point is that you develop these weapons because, for whatever reasons - humanitarian, political, military, whatever - they allow you more precisely to target, and to do so without your own people at risk and the incentive to increase firepower to protect your people. As a lawyer in these fields, I'm having trouble seeing the bad in this - or, to the extent that I understand the highly theoretical critiques sometimes being offered, they seem to me pale shadows of the main thing, which is discrimination. And okay, maybe the technology doesn't work out with respect to autonomy or other things, and you have, in fact, produced something that is indiscriminate.

But the development of the technology is what it is because you are looking for something that targets more narrowly, with less firepower, and less collateral damage. Look: I was part of the NGO movement, running the arms division for Human Rights Watch that was telling the US military that it not only had to stop using landmines - it had to develop sensor technologies to give its missiles more precision, and more precision, and more precision - and that if you didn't invest in the technologies to do that, eventually, not then but someday, we'd start accusing you of proto-human rights violations for negligence in not developing the most discriminating technology possible. A military doesn't develop this kind of technology if its concerns are merely firepower, destructiveness, and increased lethality. Its motives might or might not be humanitarian - but motives are not the point; the point is that the technology is geared along the axis of increased discrimination. A lot of the objections, so far as I can tell, in my quite unenlightened, unintellectual way, come down to saying that war should not be turned into assassination. But that's what perfect target discrimination is - and again, as a non-intellectual in all of this, it seems to me that perfect war is target selection perfected to the point of assassination. Because that is how you achieve the polar opposite of cannon fodder.
Click to expand...

The MOD: Unfit for Purpose: http://www.standpointmag.co.uk/node/53/full

good lord that's, eh, pretty grim. tho - the author seems to know what h/she's one about but then there are some pretty contentious comments. not something I'm going to speculate on as I've no idea, obviously. one thing - haven't the British Armed Forces themselves had a serious of blunders in the last decade, logistical & in Iraq/etc? seems rather unlikely to just pass all the blame to the civilian bureaucrats.

surely some of this, incompetence or otherwise, just has to do, broadly, with the decline of the UK as an international power? (tbc I expect we've got it coming ourselves - in relative terms - 10-20 years or so down the line)

Truedat, though to be sure, I think that the MoD's institutional culture plays a part. In any case, it chimes with what I read in Hew Strachan's paper (in Survival) about civil-military relations in the UK (def. worth a read, BTW).
S

vimothy said:
Truedat, though to be sure, I think that the MoD's institutional culture plays a part. In any case, it chimes with what I read in Hew Strachan's paper (in Survival) about civil-military relations in the UK (def. worth a read, BTW).
Click to expand...

from what i know, i must say, unfortunately, Vim seems wholly OTM re the MoD's institutional culture on this point.

You sure that's not Sepp Blatter's personal bodyguard?

edit: Thye need to toughen up if they're worried about Russia. If it comes down to a scrap between Charlie's Angels in uniform and Rosa, my money's on the chick with the custom-made steel toecaps.
Last edited: Sep 22, 2009

I'll see you that & raise you: 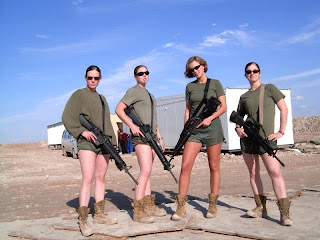 seriously tho, the IDF has an ungainly proportion of attractive women. here's a gallery to further drive home the point.

on a (vaguely) related note, a this woman may become the 1st female sergeant major of the Army (highest enlisted rank in the whole outfit). she trains drill instructors, and appears to be a serious badass.

seriously tho, the IDF has an ungainly proportion of attractive women.
Click to expand...

padraig (u.s.) said:
seriously tho, the IDF has an ungainly proportion of attractive women.
Click to expand...

padraig (u.s.) said:
seriously tho, the IDF has an ungainly proportion of attractive women. here's a gallery to further drive home the point.
Click to expand...

You guys would be in heaven on Long Island. Or pretty much anywhere in NY State. Srsly.

In Gravity's Rainbow, Pynchon represents the transpolitical by extrapolating the implications of historians' speculations, and suggesting that both war and politics are ruses or fronts for the reconfiguration of power. Both Joseph Borkin and Richard Sasuly, two of the most prominent historians of the IG Farben cartel in the Nazi era, make reference to the possibility that IG Farben was pursuing a "transmartial" policy whereby war was simply a means of preparing and reconfiguring power which was to be attained in the postwar phase. Borkin notes that even though IG plants were frequent targets of Allied bombing raids, it was suggested that such raids must have been aimed at German heavy water facilities rather than IG plant since there was an agreement between heavy industry in Germany and abroad that the former's synthetic gasoline plants would not be destroyed (Borkin 130). Sasuly documents that in addition to the shadowy possibility of transnational industrial pacts, the potential existed that IG plants would remain operative into the postwar phase. Sasuly graphically describes the IG munitions installations built by the Nazis in the Bavarian forest towards the end of the war. Construction on one such factory was commenced in August 1944 and was never completed, a situation which Sasuly interprets as indicating that the plant was simply "waiting" (Sasuly 5) to be transformed into a munitions factory; this facility was to be a "completely bombproof factory" (Sasuly 5), like the Bavarian Motor Works in Munich which was externally destroyed by Allied bombing yet which remained internally intact and never ceased production until the war's curtailment.

The textual hypothesis of Gravity's Rainbow is that war structures are not simply extended into the phase of pure war, but that they are fulfilled in the absence of combat. Actual war may be declared, but as some form of alibi, aimed at suggesting that war is an exceptional rather than a typical state of affairs. In Gravity's Rainbow, this dynamic is exemplified by Enzian's illumination in the disused and decrepit Jamf Ölfabriken Werke AG (a Nazi oil refinery), an experience which intensifies Sasuly's ruminations on the IG munitions installations and Motor Works in Bavaria. Enzian realizes that the factory has in fact been reconstituted in perfect working order rather than destroyed by the Allied bombing, and he concludes that the functioning of the refinery during wartime was simply a preliminary operation which is now facilitating its true, intended functioning in the postwar phase. Accordingly, total war is not `war' at all, it is, for Enzian, the preparation for the ultimate state of war, the state of simulated war . . .
Click to expand...

No surprise lots of people want "out" when you run with the idea we're in a perpetual state of war. 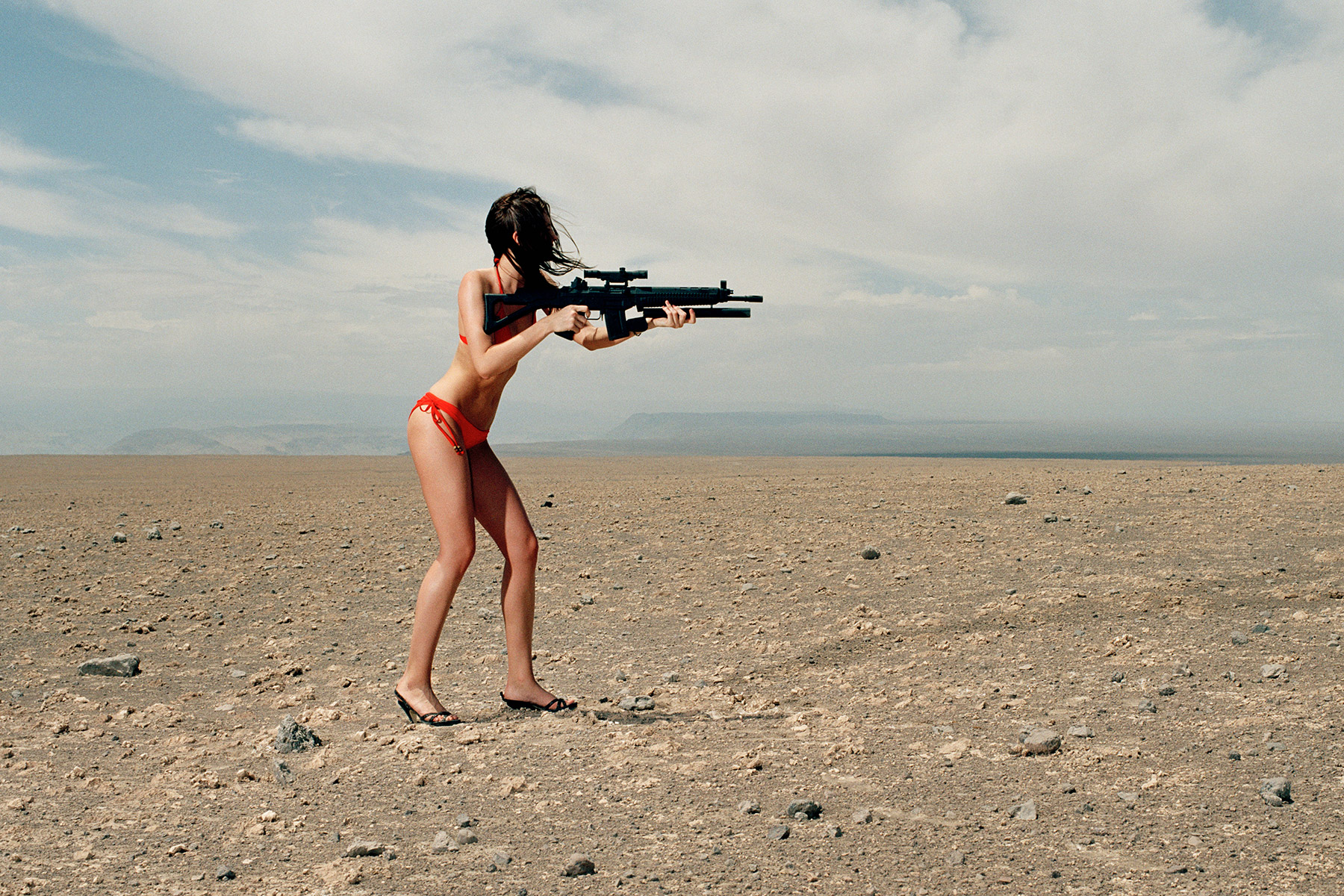 So this went in a weird direction.

craner said:
So this went in a weird direction.
Click to expand...

Weirdest bit is Padraig's use of "ungainly".