craner said:
My 2 favourite celeb chefs in one clip! Loveliness.

i’m not a fan of Ramsay, Marco however makes my top ten. he’s the British equivalent of Bourdain! both partial to a ‘stalker’s breakfast’ i should imagine.

i swear at 5,28 in the raymond blanc video gordon spits in the pan

"If you're going to lamp rabbits, enjoy it. But enjoy it for the table, not for the sake of killing it."

craner said:
A thing I started writing about 2 years ago but never finished. I'll bung it here anyway, for a laugh. This was notes for a first draft, written half-drunk, so excuse the mess. Just want to clear it out of the archives.

The Fragile Psyche of Gordon Ramsay

A few weeks ago, in his Telegraph column, Max Hastings veered from his War remit to discuss the Gordon Ramsay phenomenon. "...." [I was going to quote the article here, but now I can't find it, or remember what the quote was. I think Max was damning Gordon for lowering the standards of English etiquette by saying "fuck" a lot on TV, as if that was the sum of all he did.]

Max, Max, so many mistakes!

Let me first relate personal experience of Max Hastings who I, to an extent, admire. Just over a year ago I attended a Harpercollins publishing junket and was placed on the same table as Sir Max. We were being entertained by the ... Hotel, perched on the edge of Kensington. The food, incredibly, was awful. For example, the first course involved pine nuts, parma ham and apricots, in a twisty, stewy combination that sat, like a lump of sewage, in the middle of a square white plate. For all I know, this is gastronomically and aesthtically justified - but I sensed immediately that it was a hideous concoction and proved, in mouth and gut, to be. And it got worse: bland chicken etc.. Each course, however, Max guzzled and got seconds. Oblivious to taste, when a WH Smith rep from lower Essex was hiding hideous scraps in her napkin because she was disgusted by the food but embarrased to show it. This was due, I think, to his rapid booze consumption: the wine was average but he excelled me glass for glass, and I was, shall we say, enjoying it. Also, he wasn't very interested in eating because he was too busy talking at the pretty, blonde, and bored publishing strumpet sat next to him. Delivering wisdom and knowledge, which is legitimate, but with indulgance and arrogance, and that disappointed me. After the last course, the liqour cabinet came out; everybody refused, tucking into espressos or milky coffees, except Max and I. Brilliant brandy, what can I say? Actually, I adored him that night. I can't say I behaved any better, and looking back, it was all slightly slovenly, nearly sleazy.

This to say, fuck off, Max. Gordon Ramsay is a better man that you or I, not sordid and self-indulgent in any way.

[This is where I defended Gordon in more detail, but I didn't get around to it. He' a great teacher. This whole piece was going to be about my admiration for him in the UK Kitchen Nightmares series.]

And there's Gordon's nemisis, and it will always shadow him, show him up. His relationship with Marco Pierre White is part of Gordon's story, or Legend, certainly a defining factor of his character, amongst other Male Beasts who tortured and twisted him into what he now is.


Catch MPW in the kitchen, then: he ties a PLO bandana across his head Rambo style. "In the kitchen," he says, "you have to rule, be a leader and a warrior. You have to be like this." So he strikes the pose. His eyes: hunched, hooded, full of hard determination and hate. Friends and colleagues become subjects to be terrorised until deserts leave the hot, horrible kitchen. Gordon apes this in his own arena, but what we see on TV is the bullied boy becoming the bully, his tantrums tinny, his threats thin and risible. The little blonde Banshee. Check out MPW in action, though: it's visious, and visionary. Actually terrfifying, elemental. Jesus Christ, man! It's just food!


Everything Gordon does, his kitchens, his TV shows, Ramsay Holdings, his rivalries, and marriage, reduces to the question: am I worth a fucking fuck? Or, to put it another way: do I deserve to live? He gets the affirmative answer by transcending his obvious limitations: first with football, where he failed, next with gastronomy, in which he succeeded wildly. His life is clearly an unending nightmare. He takes it out on public sub-chefs, but teaches them too.


This is not part of MPW's mental make-up, however. He's comvinced he's a hero, or, at least, a depressed and inspired anti-hero. But there's no self-doubt, no fragility. Everything he does is self-affirmation, about power and perfection. He is loudly (and quietly) in complete control. Gordon tries very hard to keep control: to control things, his kitchens, his "victims", his psyche. MPW, meanwhile, remains, without effort, massive and indomintable: a veritable obelisk, a menhir. Gordon, still the blonde boy, with all the projected aggresion attempting to disguise it, is always, as ever, in every situation, even romping and raping America, just fragile. Hard to pin down. Hard to find. Hard to love. Hard not to love. Easily despised. Inevitbaley honoured with...a strange sort of loyalty, a brittle loyalty.
Click to expand...

This is fun. ive actually been watching a fair bit of MPW and Ramsey on YouTube and you're right about the difference between the two characters.

I have a absolutely no recollection of writing that. It's good, though.

This is another thing dredged up from the Lost Years, but it's not quite as mortifying as the Clemency Burton-Hill incident.

I ordered a copy of Floyd's first cookbook from Amazon, written before David Pritchard convinced him to make a TV show and with a forward by Leonard Rossiter who used to eat at his restaurant in Clifton. When it turned up it was a signed copy.

I'll try and send some pictures. 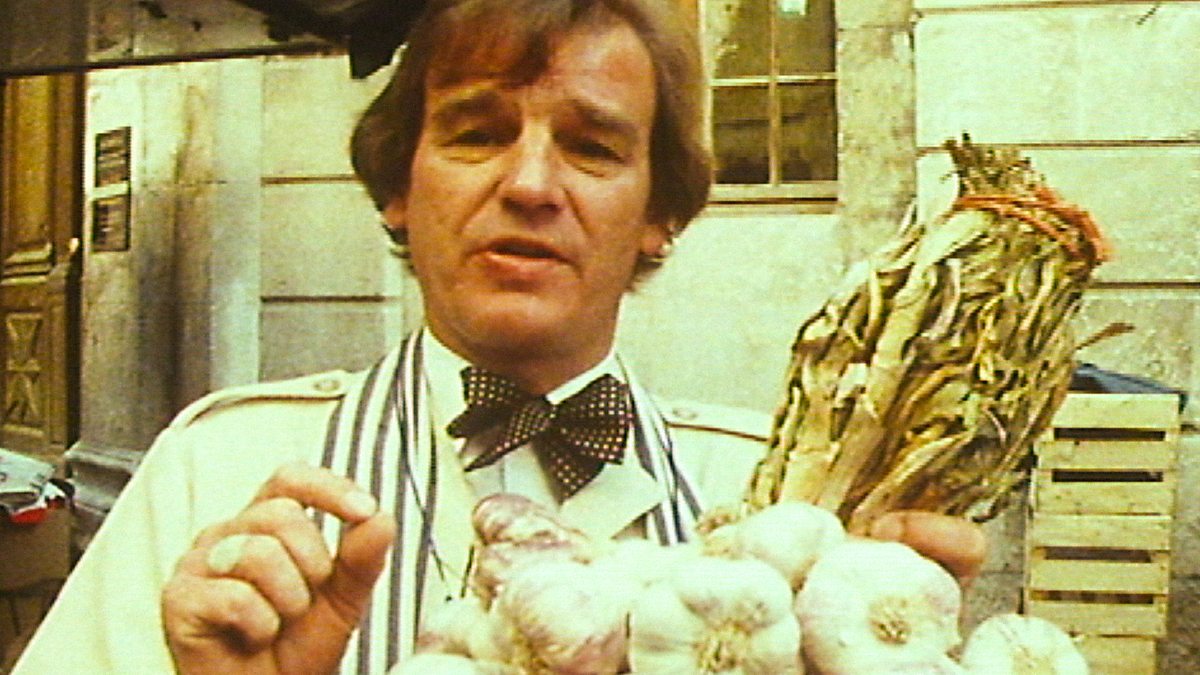 Watching this last year was the first time I'd ever seen a Keith Floyd program and I adored it/him.

Need to see some more really.

The other people at that Harpercollins junket were William Hague and David Starkey. Next to those horrible bastards Max was wicked.

Watching this last year was the first time I'd ever seen a Keith Floyd program and I adored it/him.

Need to see some more really.
Click to expand...

Floyd on France is one of the classics, as is Floyd on Fish and Floyd on Britain and Ireland. The three towering achievements.

I love how unreconstructed he is, is that the word?

Unashamedly himself in a way that I feel not many TV presenters, certainly on the BBC, would get away with now.

Of course there are downsides to that sort of character (Trump). 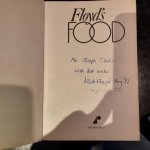 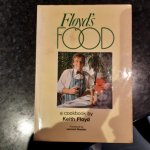 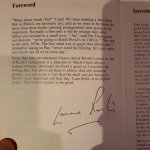 Corpsey said:
I love how unreconstructed he is, is that the word?

Unashamedly himself in a way that I feel not many TV presenters, certainly on the BBC, would get away with now.

Of course there are downsides to that sort of character (Trump).
Click to expand...

That was also down to Pritchard's anarchic producing and directing. That's why those early shows are so good, so unique and so unrepeatable. They are also beautiful documents of a world that people of my age can just about remember that had basically slipped away by about 1996.

Not at all, at least not until the 1990s when he would periodically go on the wagon and his programmes were slowly drained of all the joy.

He's a character you would like, in a way: an extreme English dandy who has a complex relationship with this Sceptered Isle because he is also a flamboyant Francophile.

At his peak, i.e. the series I mentioned above, he presents life as something to actually enjoy and the world as a fun place to live in. This is actually rarer than you would expect, particularly because it is not (as these things always are now) forced or artificial. I read David Pritchard's memoir Shooting the Cook and it describes the amateur, spontaneous quality of what they were producing but also the inspiration and creativity that motivated the whole enterprise. In these shows, the effect of watching the chaos of living unfold and the richness of experience that is right there in front of you as long as you have the disposition and/or perspective to grasp it is actually incredibly life-affirming.
You must log in or register to reply here.
Share:
Facebook Twitter Reddit Pinterest Tumblr WhatsApp Email Share Link
Top