the development they replaced the aphex one with looks really shit

boxedjoy said:
I can't stand being in a WH Smith. The shops are so poorly lit and miserable, a timewarp from the early 90s. Could you imagine being there all day?
Click to expand...

Except the early 90s didn't have self-service checkouts, and I'm fairly sure a small bottle of coke didn't cost the best part of two quid.
B

amazing to think they managed to make it worse

boxedjoy said:
amazing to think they managed to make it worse
Click to expand...

Last few times I've been in one, they were staffed by children who didn't know what they were doing and obviously didn't want to be there.

I'm very tired of this lockdown. I spend all my time at home because I don't need people at work when I work when there are no visitors. I spend little time outside and it affects me badly. I started taking vitamins that improve my health and I also try to go out more often. And how do you feel during the lockdown?

mWttrs2 said:
I'm very tired of this lockdown. I spend all my time at home because I don't need people at work when I work when there are no visitors. I spend little time outside and it affects me badly. I started taking vitamins that improve my health and I also try to go out more often. And how do you feel during the lockdown?
Click to expand...

WashYourHands said:
yeah who needs daylight, such a plebeian inconvenience
Click to expand...

I don't. Not even joking.

The consensus for green belt reform is growing - so too is the pressure for Government to act - Centre For Cities
Click to expand...

The UK’s native woodlands are reaching a crisis point, with just 7% in good condition, according to the first comprehensive assessment of their health.

The Woodland Trust’s report found the woods facing a barrage of threats, including destruction by development, imported pests and diseases, the impacts of the climate crisis and pollution. Woodland specialist birds and butterflies have declined by almost half since 1970, it said.
............
Centuries-old and wildlife-rich ancient forests cover 2.5% of the UK, but at least 1,225 of these woodlands are under threat of destruction by new building development, according to the Woodland Trust.
Click to expand... 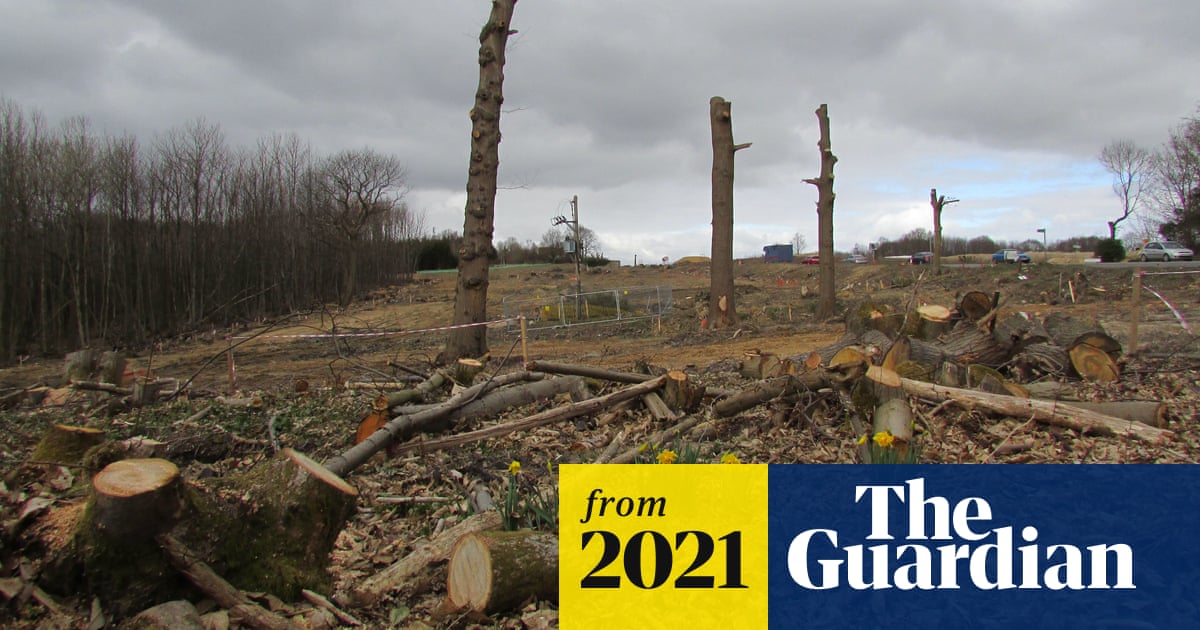 how is london different from 2009?

shakahislop said:
how is london different from 2009?
Click to expand...

Biggest difference is that the Circle Line stopped being a circle in that year. London just hasn't been the same since.
W

The food is probably better now

what's worse about the clubs? i've never been part of that world so have no point of reference

August 2009 was the Eden vs Droid soundclash and things were never the same again.

shakahislop said:
what's worse about the clubs? i've never been part of that world so have no point of reference
Click to expand...

Airport levels of security to get in. Aggressively checking the dancefloor and toilets with torches etc. Indie clubs increasingly wiped out. A sense of the bad prevailing

And this was 10 years ago when I was still there

That's definitely better in Portugal, that nobody gives a fuck about ten people piling in to a toilet cubicle. You've got to remember to adjust to that sort of thing quickly when back in the UK though or you might get yourself in trouble.

I know WU make an effort to go against that grain, but it seemed to be the way the wind was blowing with most places. Especially the bigger ones. Would be nice to hear there are some more exceptions

I remember once promoting a night in Stoke Newington, you know that place on the corner of Church St and Kingsland Rd or whatever it's called at that point. Anyway the bouncers, provided by the venue I guess, not me anyway, were turning loads of people away "too drunk" "too scruffy" just out of boredom or vindictiveness as far as I could tell. You fucking wankers, that's my money, every time you don't let someone in, that's six pounds that they don't pay to me. Some totally fucked up situation where the venue forces you to pay for a company to supply security who then actively work against your best interest.

Reminds me of when I lived in this gated community in Hackney and we had to pay a service charge to some company - foisted on us by the people who owned the freehold - who did absolutely dick in terms of maintaining the place and charged us completely obscene bills for ti. But we were lucky cos the owner of the freehold wanted to sell the freehold to another company, and if you do that you have to offer it to the tenants first. I think most often in this situation the tenants are not well organised enough to get together and do that, however, thanks to my nemesis the evil dragon lady (as mentioned at length in other threads) who managed the residents committee, we were like a well-drilled and terrified machine, and she bullied us into buying it. The only good thing she did - I guess a stopped clock is blah blah blah. Anyway, once we owned it we could fire this service company, which was fucking brilliant, cos I think they thought that they were untouchable, just doing fuck all and charging us for it, was a real shock to them when we booted them out. But it turned out that one thing we were paying for was a company who helped to "maintain" our private car park by clamping anyone who was 1mm over the line. Seems absolutely criminal that we were being forced to pay for this company that was making our lives a misery. Again it was great to fire them, especially when they would still turn up and start patrolling ie sniffing around tyring to cause trouble and we could come out and say "What are you doing, you've been fired, put your clamps away and fuck off. You cunt. Yeah fuck right off". But the point is, how can this be right, that you are forced to pay for things that work against you like this, how often does this sort of thing happen? Maybe more often than you think cos we didn't even know we were paying for this until we bought the freehold.
Last edited: Aug 8, 2022
V

IdleRich said:
But the point is, how can this be right, that you are forced to pay for things that work against you like this, how often does this sort of thing happen?
Click to expand...

Seems to be the case for a good chunk of people's taxes tbh.