Clinamenic said:
As far as the business in show business is concerned, the multiverse is a very accommodating narrative feature, as it allows for boundless retconning and all the other various consequences of the shifting contracts and agreements and IP and whatnot.

Given the context of a multiverse, recastings can be (and have been) canonized into the cinematic universe.
Click to expand...

To me this is the problem though isn't it, there are no stakes, nothing is fixed, they can bring people back to life, or have alternative timelines where x or y never happened. Nothing means anything cos they can re-version it next week with a more definitive take on what really definitely actually happened. Until they change their mind and make another one that is even more definitive.

And seeing as the whole thing is completely moronic and impossible to care about anyway, what on earth is the idea behind diluting everything further until you're left with a homeopathic level of excitement somewhere at the sub-atomic level? The concentration of excitement and fun is far too low to be measured and science tells us that at these concentrations it is simply impossible for anyone to actually enjoy watching one of these films - sure some people will come out of the cinema and say that they enjoyed it but that is simply the placebo effect. Yeah, you went to a cinema, you watched a film and it had superman or something in it, you ate popcorn - your body can be tricked into thinking that enjoyed the film but you really didn't I'm afraid.

It's odd cos normally I don't get that worked up about shit films or whatever, I just watch something else instead.... but Marvel gets under my skin in a way that other things never have before. I think we said before that their sheer invincible omnipresence is part of it, they breed like rabbits, if you put two Marvel films on at the same cinema you'll soon have a litter of little Marvel films springing up - and I know that that is hard, they can be quite cute when they're young, but we do need to do something about it now, we all need to play our part, if you see a young Marvel film remember that it will grow up into a big one, it may even have sequels and a tv spin-off, I'm not saying you should be cruel and it can be done as humanely as possible but you need to grab it and break its neck I'm afraid before it has a chance to breed.

In the UK in the fifties there was a huge problem with the rabbit population and... well,

"In June 1952 Paul-Félix Armand-Delille, the owner of an estate in northwestern France, inoculated two wild rabbits with the Lausanne strain of myxoma virus. His intention was to only eradicate rabbits on his property, but the disease quickly spread through Western Europe, Ireland and the United Kingdom. Some dissemination of the virus clearly appeared deliberate, such as the introduction into Britain in 1953 and the introduction into Ireland in 1954. Unlike in Australia, however, strenuous efforts were made to stop the spread in Europe. These efforts proved in vain. According to estimates, the wild rabbit population in the United Kingdom fell by 99%,"
Click to expand...

We need to find something like that but which kills Marvel films.
S

What do we think /diss/
S

many people have made that point. its cos they didnt have rights to the cool heroes when they got started apparently.
but also cos he suits the age, elon musk tech titans etc

It reminds me of how I felt reading the books of that guy David Mitchell - the one who wrote Cloud Atlas etc - I think I've mentioned before that most of his books can be read alone and make perfect sense if they are but they often have weird moments of seeming magic in them, even the ones most rooted in normality. But if you read all of his books it sort of slowly reveals that they are all set in the same universe and that as well as the major theme of environmental collapse there is this titanic struggle going on between two groups of immortals, sometimes this is in the background of a book and sometimes it's the main story. One group of immortals is "good" and one "evil" in that they sustain their immortality by sacrificing a child every year.

But it always seems weird to me that the immensely powerful group of good and wise individuals spend all their time fighting to save a trivial number of children while neglecting the slow destruction of the world which - being immortal - they will have to suffer through. It seems a bizarre oversight, a kind of enormous plot hole, or something, as though the whole set of books somehow miss their own point. And you expect that maybe with the Marvel Universe which is after all a load of bollocks about fucking idiots in leotards written for another group of idiots who think that if they all pretend hard enough together then somehow it won't matter that they're all getting worked up about something that they should have grown out of by the time they were eight - but David Mitchell is at least supposed to be writing for people who don't need pictures. I guess he could claim something about how it's an irony that matches what is happening in real life as we watch the slow car crash of our world, but if he did I think that would be something dishonestly bolted on afterwards rather than a deliberate point he set out to make.
C

I've been watching these chronologically. I'm in Phase 3 at the moment.

craner said:
I've been watching these chronologically. I'm in Phase 3 at the moment.
Click to expand...

so you finished the western canon then, well done

They used to be solipsism personified, now they’re all chums in lycra
C

craner said:
I've been watching these chronologically. I'm in Phase 3 at the moment.
Click to expand...

you called me a 'drooling, degenerate oaf' when i was doing this!

ive got a load of marvel comics in a box. their shit tbh

friday night writes its own rules 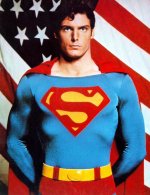 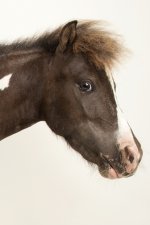 luka said:
you called me a 'drooling, degenerate oaf' when i was doing this!
Click to expand...

I was an ignorant fool. It is a significant cultural achievement.
C

craner said:
I was an ignorant fool. It is a significant cultural achievement.
Click to expand...

you have to rate them now. everyone on this thread does a list from best to worst.

luka said:
you have to rate them now. everyone on this thread does a list from best to worst.
Click to expand...

theyre the only ones youve seen! youd love guardians of the galazy.

luka said:
theyre the only ones youve seen! youd love guardians of the galazy.
Click to expand...