beiser said:
there’s a line of thought i’m particular towards that says the japanification of american culture is a second mover to the japanification of the american economy—stagnant wages, growing cost of living, all routes to prosperity sufficiently remote that most youth are basically forced into marginality. the casualization of sex work happened in the 90s there, alongside the asian financial crisis and the associated stagflation. It was treated as a cultural trend there too, which is an obvious frame to choose if you don’t want to talk about being hard up for cash.
Click to expand...

Japan has been stuck with deflation/extremely low inflation for decades. You could go away for years and come back to find most things costs the same as they did. Probably the more apt comparison is the precariousness of work - after the bubble burst a lot of people could only get temporary contracts, not the usual jobs for life, and that generation is now getting old. It's a growing social problem. Probably a similar thing will happen to people all working in the gig economy now, or those in the UK on zero-hour contracts. At the same time, I get the sense that social immobility is probably worse in the US/West.

I'm curious what people actually mean by 'the Japanification of culture,' beyond more people liking anime. To me that expression is getting at how that culture is actually produced, and I don't know how much overlap there is there. For example the Japanese film industry has gone to shit - at least in terms of international relevance - because films are basically made by committee with marketing concerns and tie-ins with established tarento taking precedence over everything. Maybe the music industry is taking more cues now from the way J-pop works, but as a sound it's K-pop that has more traction globally.

version said:
I'd always assumed that stuff was just propaganda to make Bin Laden look stupid, like when they said he fancied Oprah and supported Arsenal.
Click to expand...

Obviously fake. In fact Bin Laden is probably fake. Never existed. Just an actor in a stick on beard.

> Mostly, I wish Mark Fisher was here to witness this whole thing. A post-punk philosopher, professor and reliably great writer, Fisher's K-Punk blog was considered hallowed ground in the format's early aughts heyday, back when being a nerd on the internet did not have such diminishing returns as today. For more than a decade, and until his death in 2017, Fisher wrote searchingly about Joy Division, Stanley Kubrick, late-stage capitalism, Burial, depression, Drake. If there was a unifying thread, it was a simultaneous mourning and yearning for, or urging towards, a future that wasn't to come. 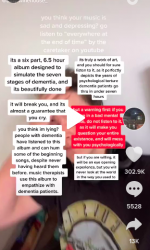 and now they're out hunting down domestic terrorists.

TikTok user “Maria B” identified at least 10 members of the mob to her more than 138,000 followers. “These two guys stormed the Capitol yesterday,” she said in one post. “I don’t know their names yet, but I’ve been digging around and I will expose them when I find out.” Another Twitter and TikTok user even revealed the identity of her mother, aunt and uncle, all of whom had attended the event.

An Instagram account called @homegrownterrorists that cropped up on Wednesday quickly gained more than 241,000 followers and shared the identities of at least 22 people. On Friday morning, the account and its backup page had both been deactivated. Instagram would not comment on the account, but sharing personal details could violate the social media platform’s rules.

“The F.B.I. directly asked for the public’s help in identifying people from Wednesday, and I think that kind of gives the public some sense of responsibility,” said Bridgitte Anderson, 21, a student in California who created a TikTok video about one of the accounts, but isn’t directly involved in running one. “I think there is a risk of misidentifying people — I understand that,” she said. “However it’s also extremely important to find out who did this and who exactly they are.”
Click to expand...

but they hunt while doing a funny dance.

Many liberals secretly want to be the police

All the "pigs" rhetoric is like closet gay politicians being homophobes. They're like, if I can't police people, you can't either!
L

Version, is Gus trying to psychoanalyse us? What's going on?

Are you a liberal? 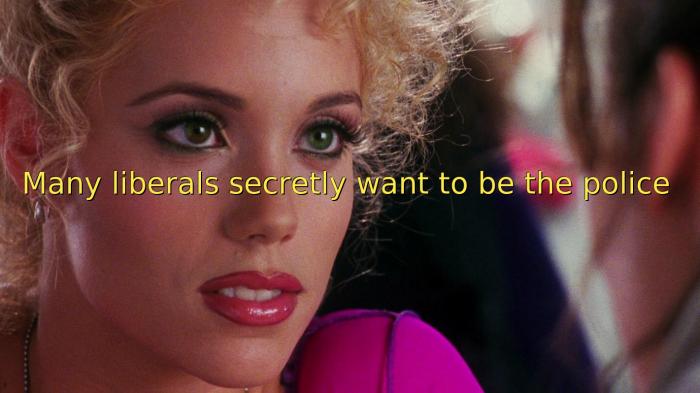 I saw a tweet the other day saying something along the lines of "Wait, refund the police, kill our enemies, then defund them again!".

version said:
Are you a liberal?
Click to expand...

Everyone on dissensus is a liberal. This is one of my maxims.

This format could run and run